Arturo Cardenas Tovaralias ‘Pinturita’, right-hand man of the founder of Peru Libre, Vladimir Cerrón, and who remains included in the list of the most wanted for his alleged participation in the criminal network The Dynamics of the Center was captured today.

The Ministry of the Interior (Mininter) reported this Monday that Arturo ‘Pinturita’ Cárdenas was captured in Huancayo, wanted for the crime of criminal organization in the Los Dinámicos del Centro case.

SIGHT: Nephews of Castillo Case: They capture an official of the MTC, Edgar Vargas More

Arturo Cárdenas Tovar, who had been a fugitive since October 6 of last year, is one of the trusted men of Vladimir Cerrón, secretary general and founder of Peru Libre.

The number two of the pencil party was not there since Judge Jorge Chávez Tamariz issued 36 months of preventive detention for five involved in the Los Dinámicos del Centro case. In addition to Cárdenas, there are Eduardo Bendezú, Waldys Vilcapoma, Eduardo Reyes and Francisco Muedas.

Precisely, On the night of last Sunday, April 3, the National Police (PNP) captured Waldys Romualdo Vilcapoma Manrique after an operation to lock down and search his home located in Huancayo.

The operation was carried out by agents from Diviac and Digimid, and was also attended by prosecutor Bonnie Bautista, from the second office of the Junín Anti-Corruption Prosecutor’s Office, in charge of the case.

S/50,000 was offered for Vilcapoma Manrique’s whereabouts, according to the Ministry’s rewards program. The former Junín region official was found at his home after law enforcement officials received information that he was hiding in his home. 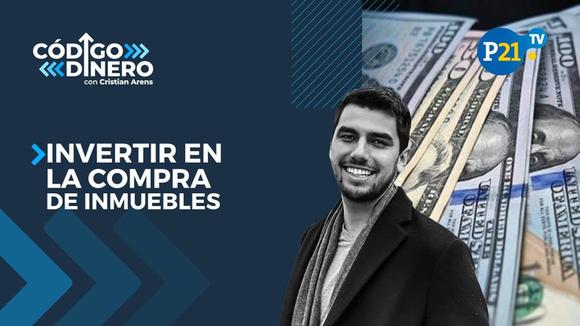 It is worth INVESTING IN REAL ESTATE, in #CodigoDinero In this edition of Dinero Code, Cristian Arens explains whether it is favorable to invest in the purchase of real estate in Peru. What and even HOW MUCH MONEY can we earn by investing in real estate? This is #MoneyCode on #P21TV #airbnb #bienesraices #departamentos #casas #compradeinmuebles #consejosfinancieros #finanzaspersonales

They captured Arturo Cárdenas, ‘Pinturita’, leader of Peru Libre linked to ‘The dynamics of the center’

As of this Wednesday, April 6, it will not be

At a time when the mayor of the district of

Remote work: three ways to foster a sense of belonging in teams

After a decade of running an agency based on remote

Castillo chooses to go to the inauguration at school, despite mobilizations and carrier strikes

Dozens of farm workers block the South Pan-American Highway, at kilometer 290, with burnt tires and

This year, Mina Justa, the expansion of Toromocho and Quellaveco will contribute 0.7 percentage points to

Minister of Education, Rosendo Serna, plagiarized 72% of his doctoral thesis

Maria del Carmen Alva faces this Monday, April 4, a new accusation against him. This time,