Passion without shame – I

It seems that the suspension for 120 days in the exercise of his duties, without pay, for having punched his colleague Juan Burgos in full chamber, has not even tickled the congressman of the Magisterial Bloc, Pasión Dávila, who continues to doing his thing, and now from Argentina where he participated in the so-called ‘Celac Social’.

Dávila, they say, attended the event at the invitation of Evo Morales, and wasted no time defending (and lying) there his coup leader Pedro Castillo, whom he described as a “political prisoner” and “constitutional president.” Where would he have been when the professor carried out his coup d’état? Let’s see if instead of standing up for Castillo he starts preparing his defense before the Public Prosecutor’s Office that accuses him of being a member of the ‘Los Niños’ group, which is part of the criminal organization headed by the current tenant of the Barbadillo.

Tell me what you brag about and…

And regarding Pasión Dávila, the first vice president of Parliament, Martha Moyano, commented that the legislator is very aggressive and, in this context, she recalled how on some occasion he verbally assaulted her. “(…) He summoned me and called me black, and he told me to go to my country…”, the legislator revealed by Fuerza Popular. Tremendous ‘joyón’ Castillo’s friend.

Yesterday, after a week of vacation, sorry, from Representation Week, the members of the Constitutional Commission of Congress approved bringing forward the start of the second legislature to next February 15 to carry out the second vote on the norm that anticipates general elections to April 2024. A call to start earlier, on February 1, did not reach consensus.

At the time of the vote, the congressman for Democratic Peru, Hamlet Echeverría, tried to explain the reasons for his vote. “Because the elections are not in April 2023, my vote will be…”, he said, when he was interrupted by one of his colleagues who was participating virtually in the session. “Just vote, hey,” he yelled at her. And yes, so much embellishment to end up voting against.

Who is going to Barranco…

And while the president of the National Election Jury, Jorge Luis Salas Arenas, walks through Geneva, Switzerland, in Lima, the Constitution group is already preparing the debate on the project that proposes cutting the mandate of him and the head of the ONPE, Piero Corvetto , to April 2023. Let’s see if he doesn’t find surprises on his return. 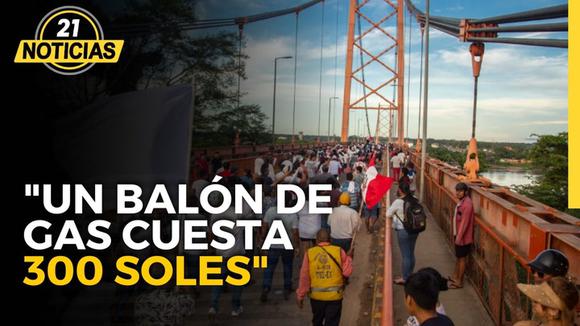 Passion without shame – I does not learn It seems

The execution of robust, yet flexible and resilient plans, as

This is how the different dollar prices opened in Argentina this Wednesday, January 25

In Argentina, The blue dollar increased to a new record

Within the framework of the VII Summit of Heads of

They identify police officers and an ex-soldier assailants of protesters

Non-commissioned officers of the PNP treat demonstrators against the government of Dina Boluarte as “terrorists”, responding

“You have to respect their fight, damn it, if you don’t like it, get out of

LPG balloon: Minem will give families discount vouchers of S/25, S/43 and S/63

Dina Boluarte: Presidency apologizes for expression “Puno is not Peru”

Called as a witness, the former minister opted for silence. He introduced Humberto Abanto as his