The pounding of a drum and the sound of a flute caught my attention when I was walking, one Sunday morning, near the Chapultepec forest in Mexico City. As I approached in the direction of the music, among the foliage of tall, leafy trees, I could see a group of people flying in circles.

When I arrived at the place, what would be my surprise to see in an open field a mast of almost thirty meters with a rotating tecomate and a frame at its highest point. There, seated, a man played that small drum and the flute. Four others hung from the same number of ropes and turned upside down around the pole. They danced with open arms to the beat of the music and slowly descended to the ground. 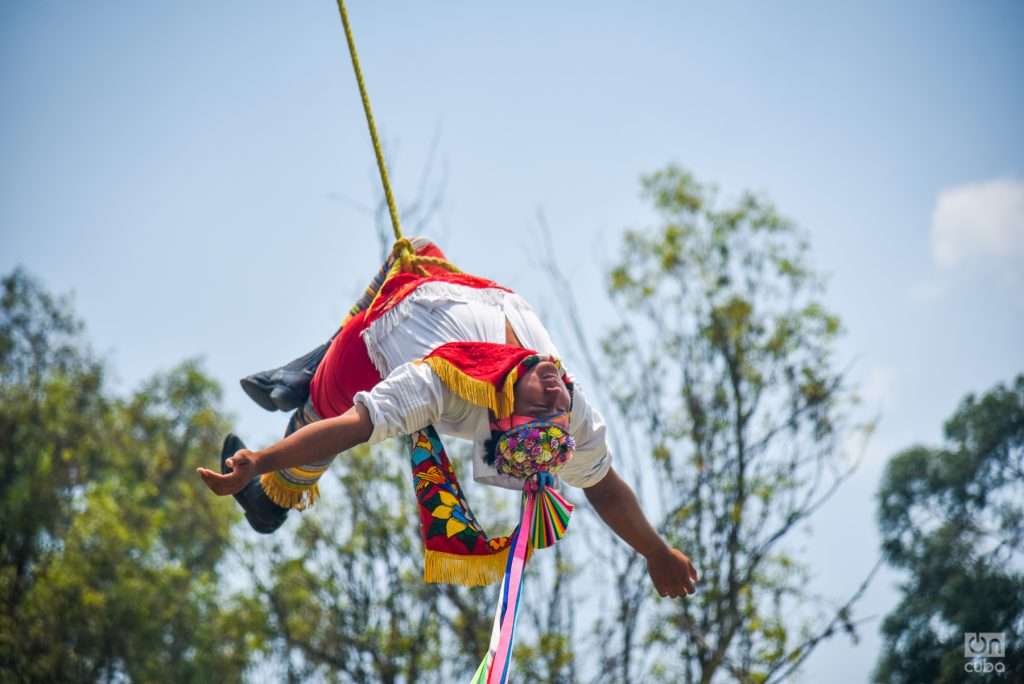 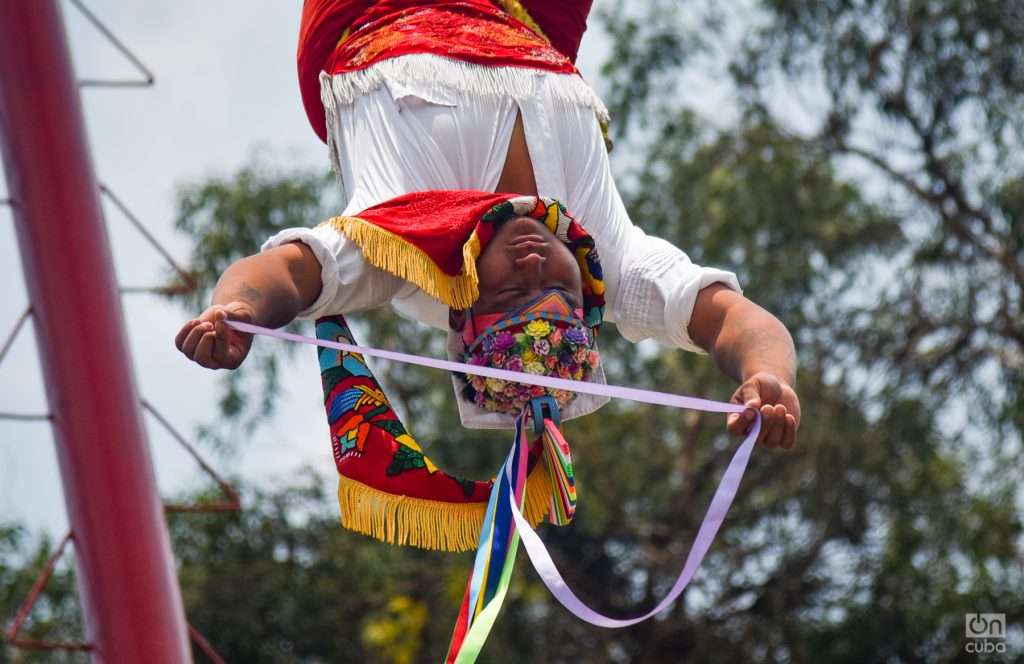 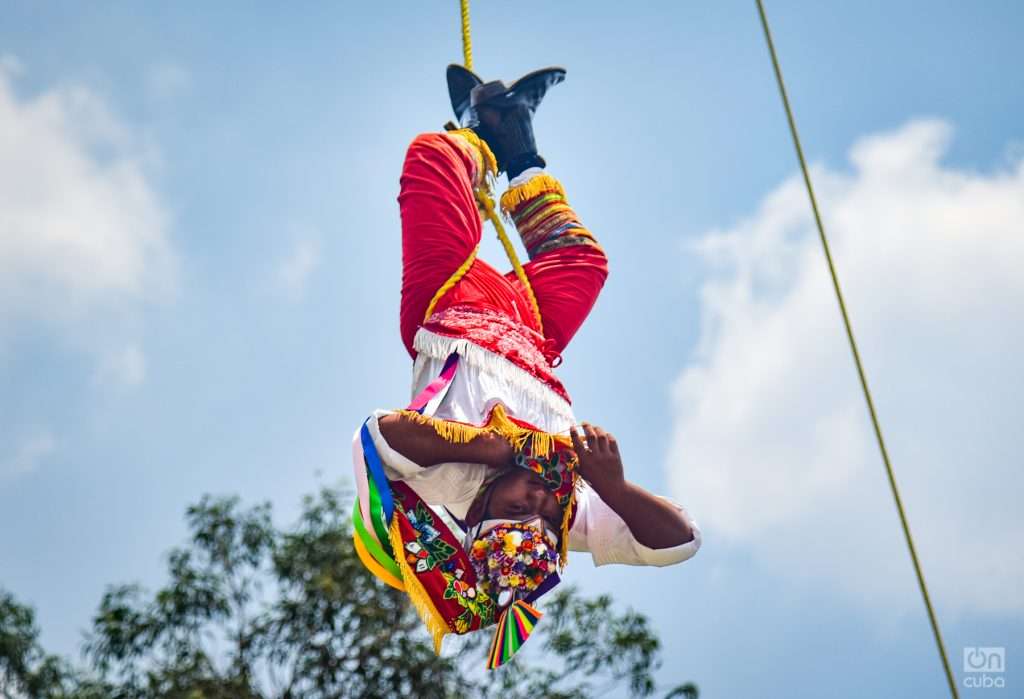 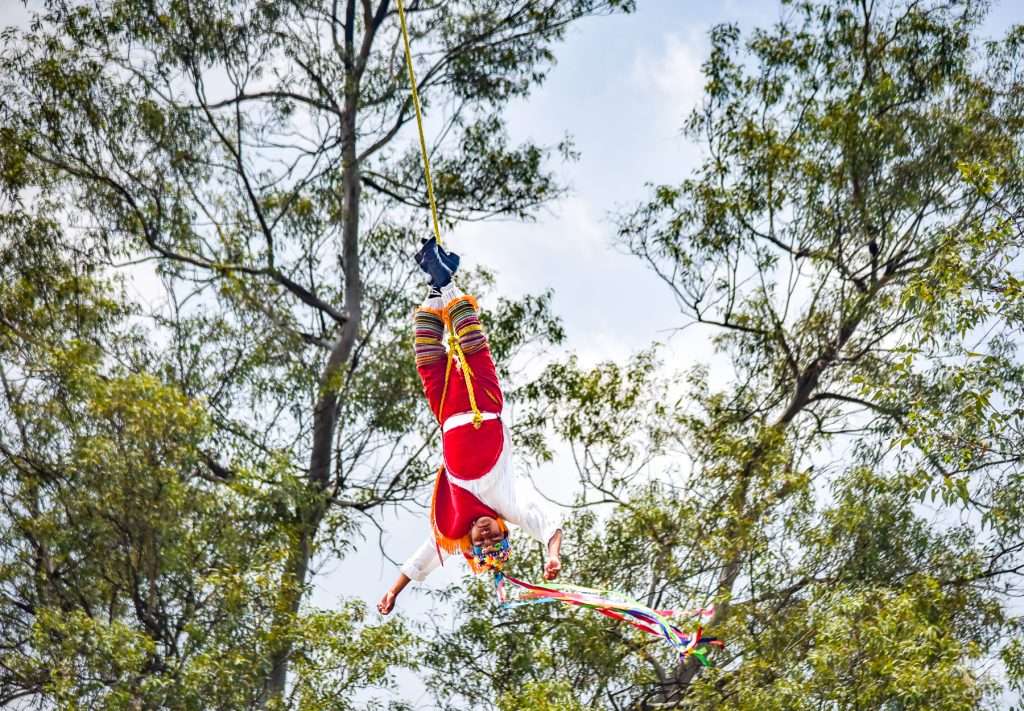 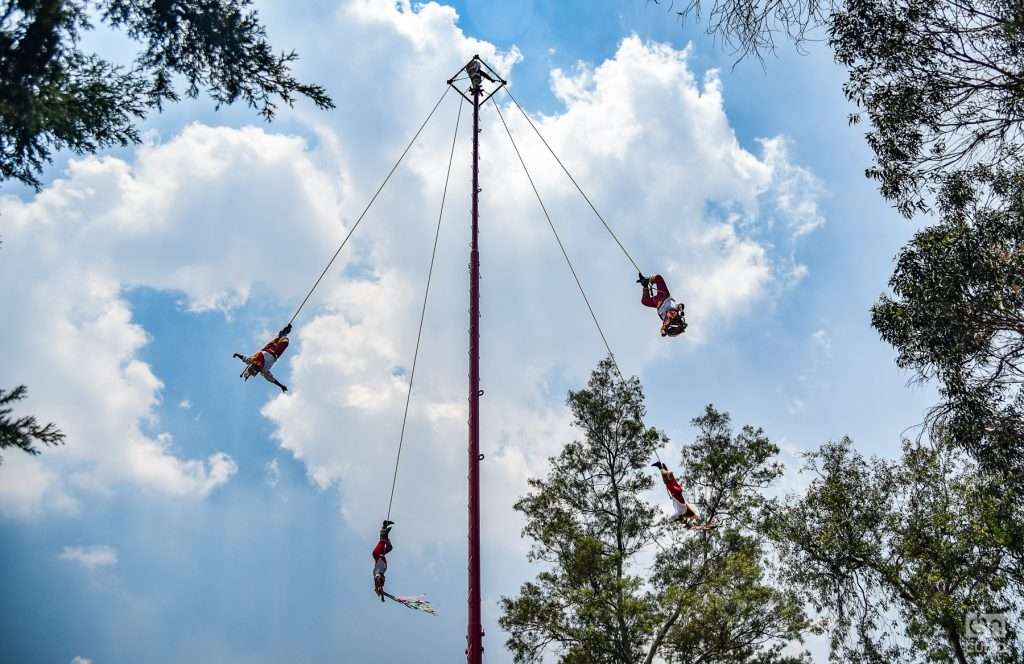 They are the Voladores de Papantla, heirs of a thousand-year-old ritual practiced in some Central American countries, with a greater presence in Papantla de Olarte, a region of the State of Veracruz, in eastern Mexico.

Those who jump into the void are called “dancers”. They are also known as “bird men”. They are the disciples of the caporal, the person sitting at the top of the mast, who plays the ancestral instruments. 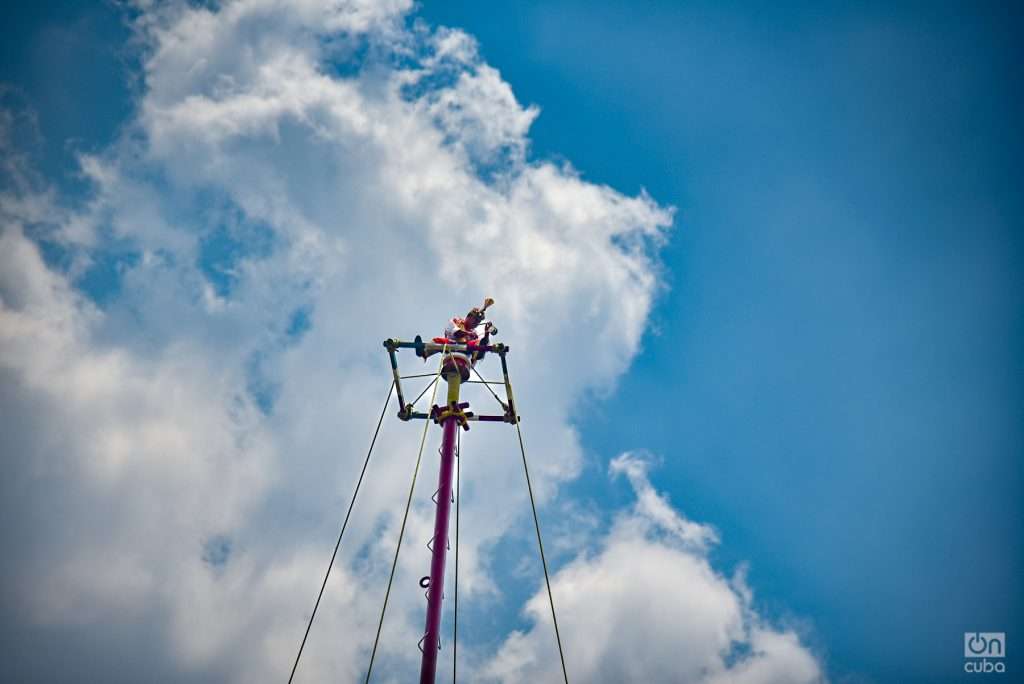 “The caporales use musical resources such as the prolongation of notes, the reiteration and variation of melodic material and ornaments to elaborate their musical statements, these in turn make up larger phrases that respond to the style of each caporal,” says researcher Héctor López of Llano in his book The Papantla flyers. A look from ethnomusicologypublished by the National Autonomous University of Mexico.

For their part, the dancers begin to practice when they are teenagers on sticks 10 meters high. They are training their skills and climbing in height.

This dance rite dates from the Middle Mesoamerican preclassic time, between 1200 and 400 BC. It has its origins in a legend from more than two thousand years ago. They say that in the midst of a great drought, the old wise men of the community sent the young and vigorous virgins to go into the forest and cut down the tallest and straightest tree. The objective was to perform a ritual dance to implore Xipe Tópecal, god of fertility in ancient Mesoamerican culture, for rain. 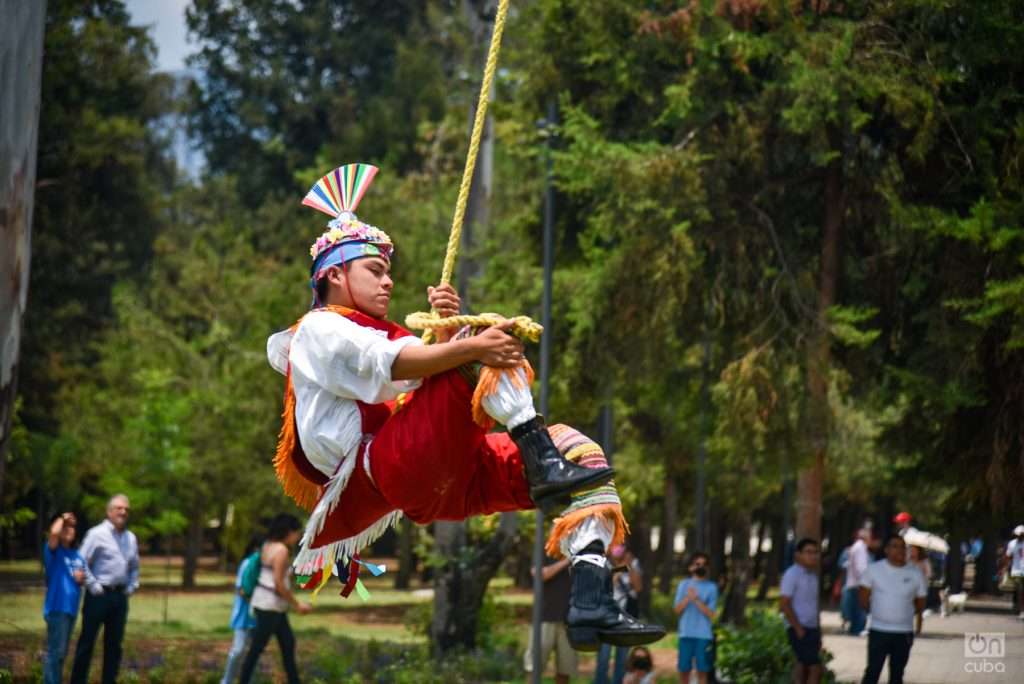 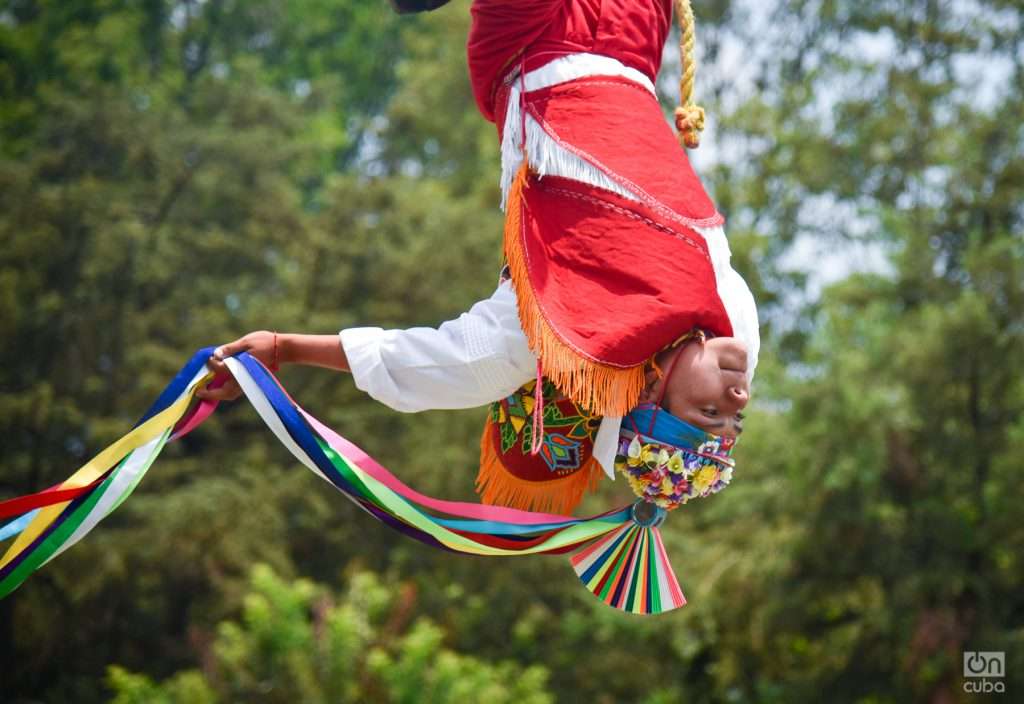 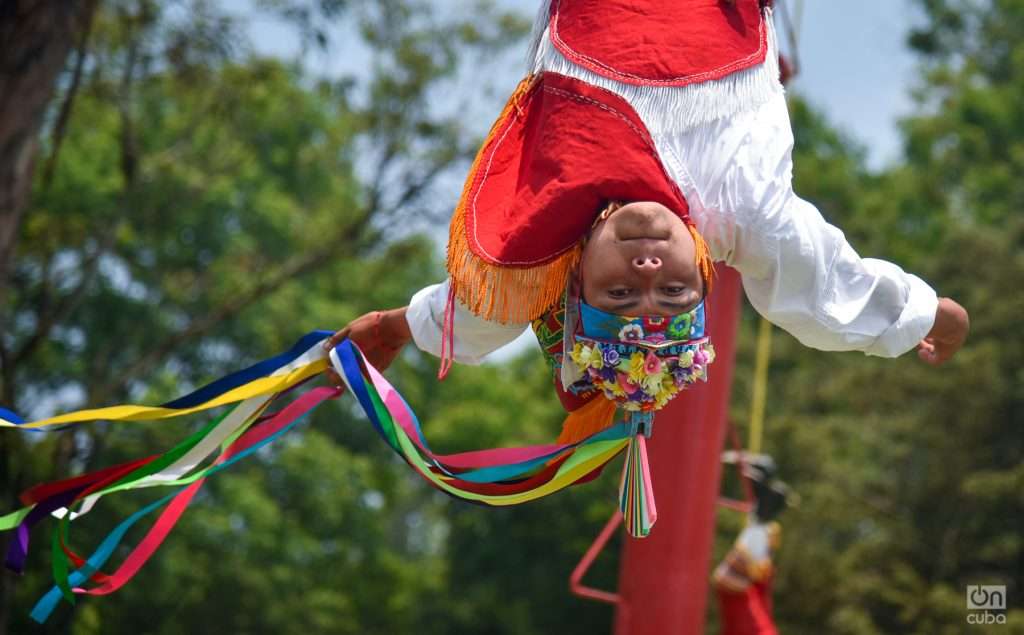 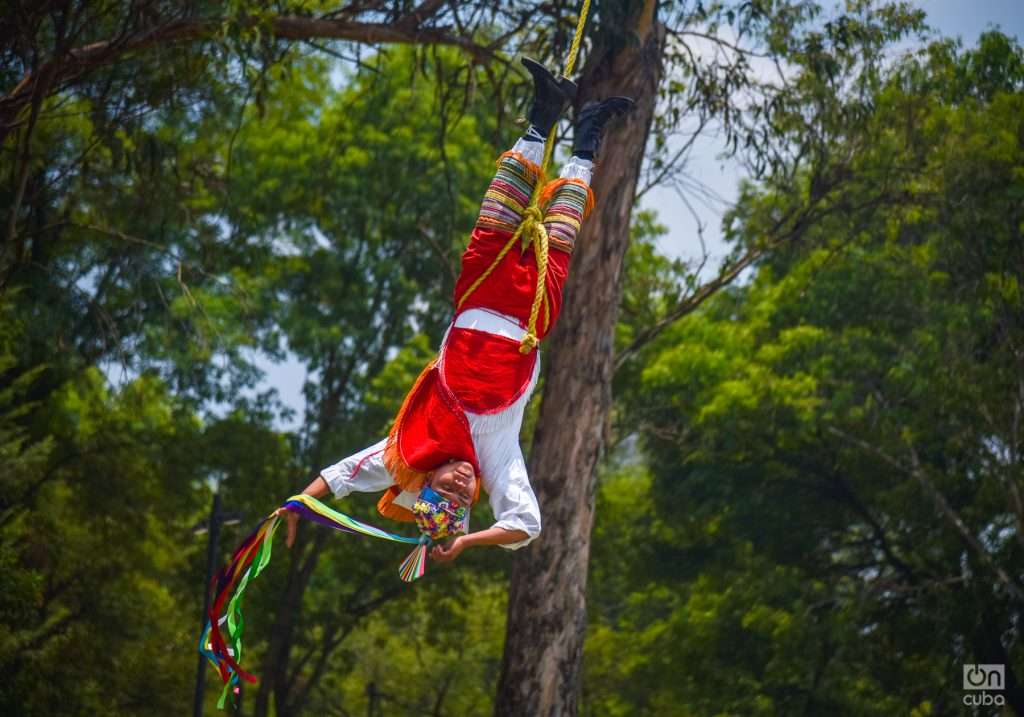 The Totonac civilization, which existed from 300 to 1520 AD. C. and then the Aztecs, between the fourteenth and sixteenth centuries, incorporated associations to the solar calendar into the ritual.

The pre-Hispanic solar calendar has a cycle of 52 years and is divided into four thirteen years. The dancers can turn around the pole up to 13 times according to the same number of skies of the sun. Thirteen multiplied by 4 equals 52.

Thus, the foreman invokes with his pre-Hispanic touches; the intrepid hanging men represent the four cardinal points and the action of falling into the void, the rain. The outfits made of colored fabrics represent the birds. The sound of the flute to the song of the birds and, that of the drum, to the voice of the gods. 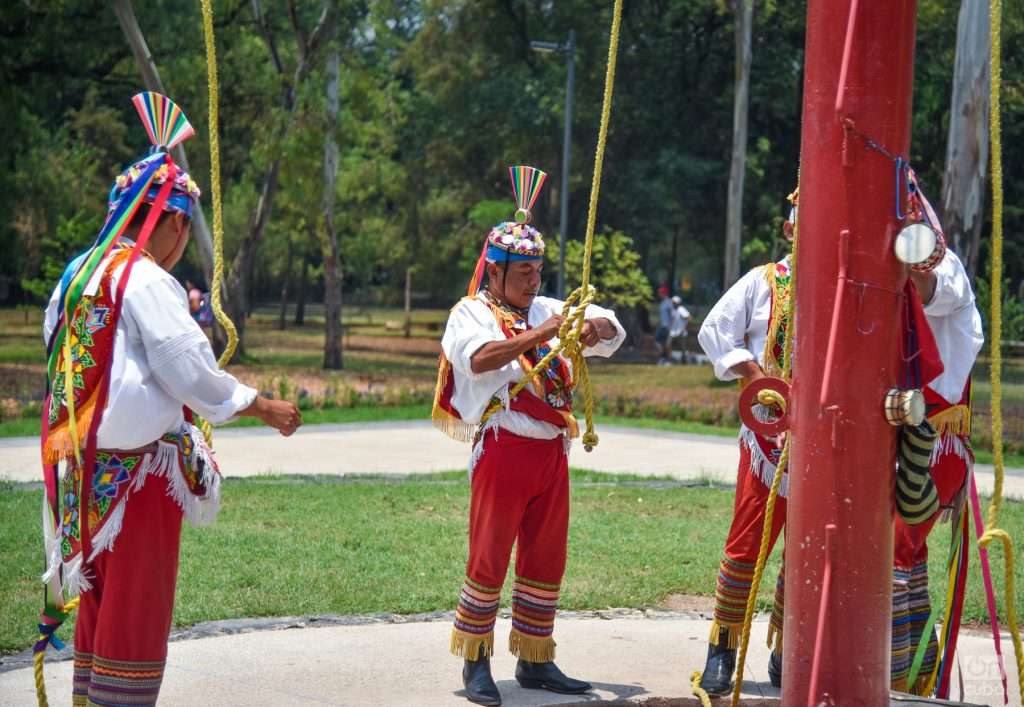 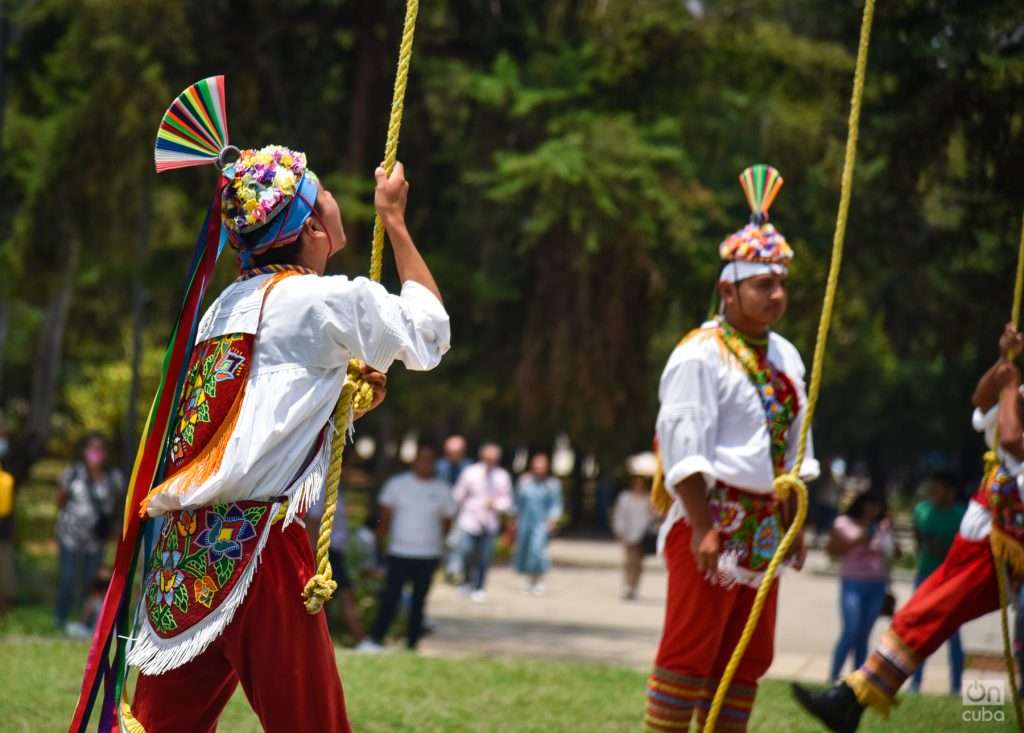 With the arrival of the Spanish conquerors in Mexico, in 1519, everything related to sacred rites was prohibited. But the ritual of the flyers, like other cultural, religious and identity expressions, could not be extinguished. 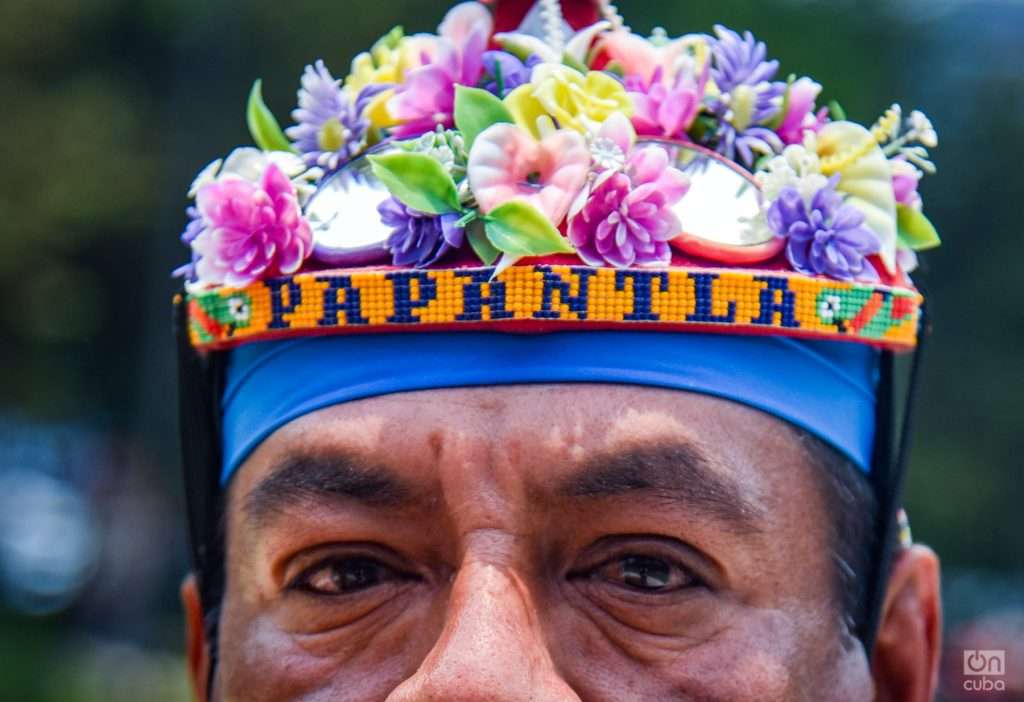 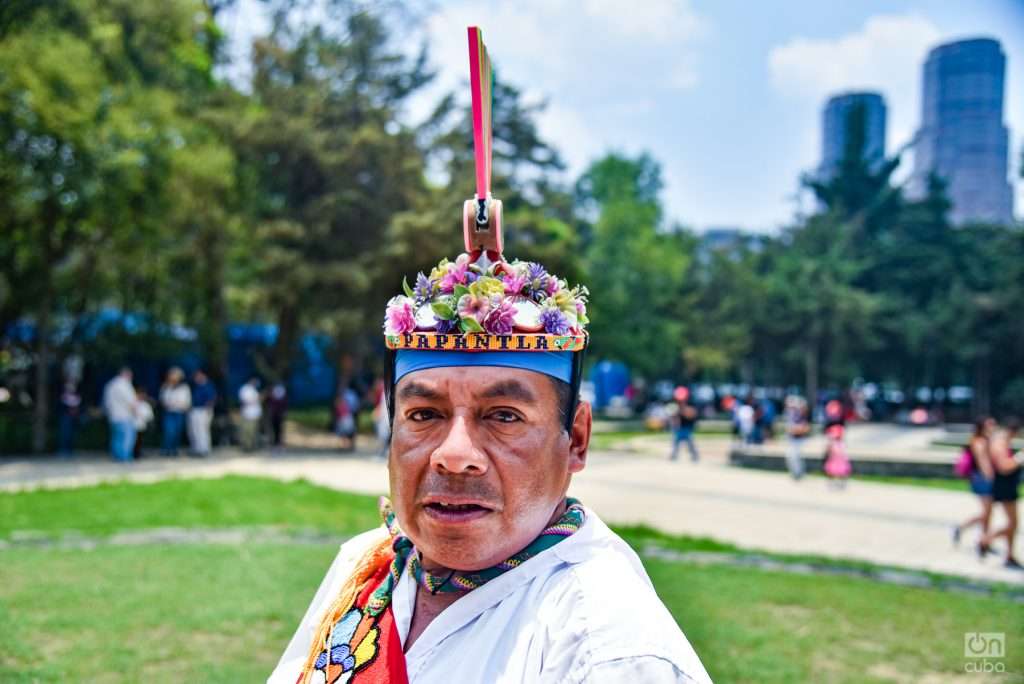 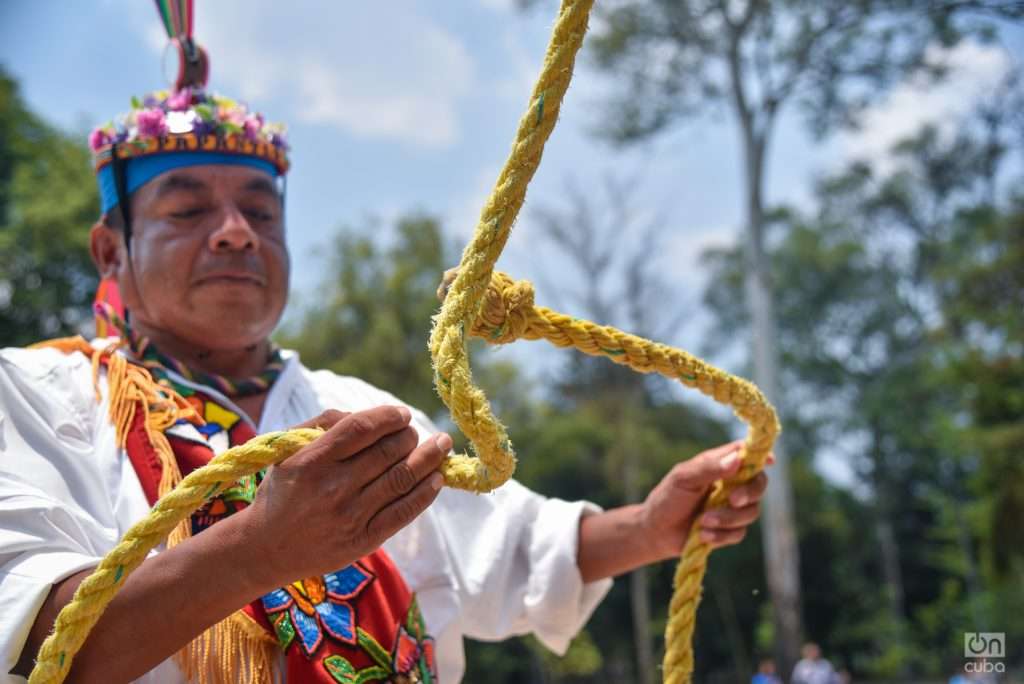 “Each variant of the ritual dance of the flyers represents a means of reviving the myth of the universe, so that this ceremony expresses the vision of the world and the values ​​of the community, promotes communication with the gods and impels prosperity. For the performers of this dance and all the people who share the spirituality of the rite as spectators, the ceremony of the flyers is a reason to be proud of their cultural heritage and identity, while at the same time arousing a feeling of respect. for both”, points out the UNESCO report where this ceremony was declared Intangible Cultural Heritage of Humanity in 2009.

Storm Julia will be a hurricane tonight when it passes through San Andrés: NHC

Havana Cuba. — Absorbed in the important tasks of continuity, creative resistance and awareness raising, the