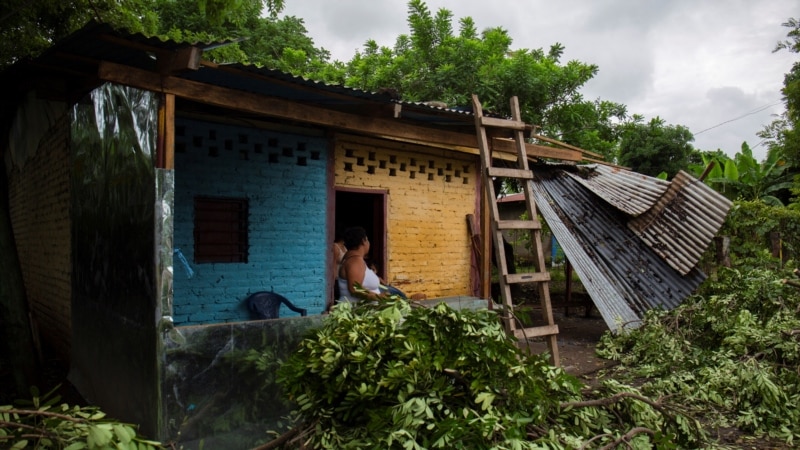 The Nicaraguan authorities released on Monday a preliminary report on the passage of the tropical storm Bonnie which indicates that a total of 352 homes were flooded and some 3,000 people were sheltered in various parts of the country due to the rains.

No loss of human life was reported in the preliminary balance.

However, the Nicaraguan army reported in a statement that two people lost their lives in separate events related to the floods, reported Associated Press.

Alberto Flores Landero, 40, died trying to cross the Mati River, which had overflowed in the municipality of Siuna, in northeastern Nicaragua, and Juan Carlos Alemán, 38, died while helping passengers on a bus. that fell into the Aló Bethel River, in the same area, reported AP.

Guillermo González, director of the National System for Disaster Prevention, Mitigation and Attention (Sinapred), told the official media that since June 27 the agency took measures in the Caribbean regions of the country because damages are expected.

Likewise, he indicated that among the main departments and municipalities impacted by the natural phenomenon are Río San Juan, Chontales, Madriz, Nueva Segovia, Masaya, Granada, as well as the South Caribbean.

González stressed that “there was no human damage” that can be directly attributed to the impact or transit of the tropical storm, and counted a total of 123 homes with partial damage.

He also indicated that some 2,000 houses and 15 shelters had been set up, of which only 13 were used and more than 3,000 people were housed.

The government spokeswoman and vice president, Rosario Murillo, previously said that after the passage of tropical storm Bonnie there were no deaths.

He stated that some 13 educational centers were affected and announced that they will be repaired by the infrastructure brigades of the Ministry of Education and delivered on Friday this week.

The authorities announced the installation of a Loss and Damage Assessment Committee in the country to assess the damage left by the storm. This committee will include the participation of representatives of various State institutions, including the Ministries of Health, Education and Finance.

Iván Acosta, Minister of Finance and Public Credit, stressed that the objective of the commission is “to see the damage to production, the environmental damage (…) but it also helps us to have the necessary information to see what impact it had on the economy or see what subsequent impact it could have on the economy,” argued Acosta.

The information, according to Acosta, will also be shared with international organizations in order to obtain resources or financing to deal with the damage left by the storm in the country.

The first case of monkey or monkeypox confirmed in Panama

The Minister of Health, Luis Francisco Sucre, confirmed this Tuesday

The Paraguayan Under-17 Soccer Team climbed to the top of

The Supreme Judge Juan Checkley Soria will review this Wednesday

The first case of monkey or monkeypox confirmed in Panama

As of this Thursday, June 16, it will no longer be necessary to present a negative

The final assault of the FSLN against the opposition mayors

The regime of Daniel Ortega and Rosario Murillo completed this Monday, July 4, the assault against

Five opposition mayors have been occupied by the Nicaraguan government

San Jose Costa Rica – Between the weekend and Monday, the government of President Daniel Ortega

Cubans spend 23,000 dollars to reach the US through the “via Nicaragua”

Ángel Antonio and Arlyn Torres are two young Cubans who, like tens of thousands in recent