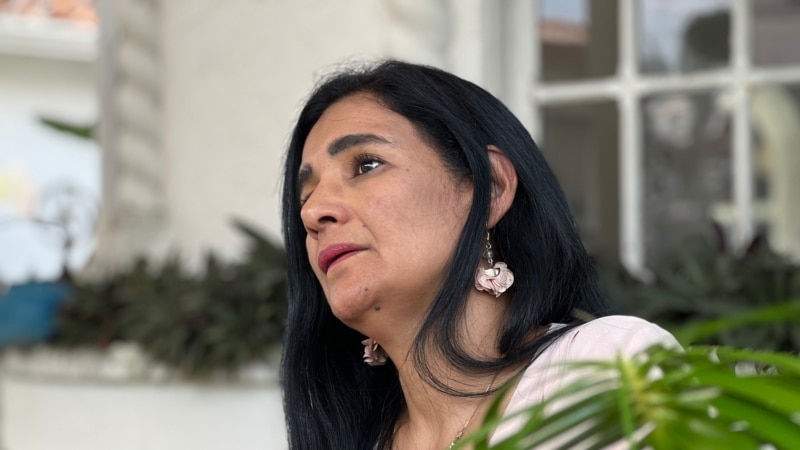 A total of 96 non-profit organizations were outlawed this Thursday in Nicaragua -an unprecedented figure in a single day- thus reaching a total of almost 500 since 2018, when the protests against President Daniel Ortega began.

This week another 83 NGOs were also cancelled, among which highlights the Nicaraguan Academy of Languagefounded 93 years ago, which caused criticism from intellectuals at a national and international level.

Among the organizations affected this Thursday, there are several focused on human rights, others in the defense of women’s rights and some think tanks.

One of the best-known organizations is the Center for International Studies (CEI), which was directed until 2013 by Daniel Ortega’s stepdaughter, Zoilamérica Ortega Murillo, who accused the president of alleged sexual abuse.

Ortega-Murillo avoided referring to the cancellation to the voice of americaHowever, in a past interviewthe sociologist stated that the annulments represent “an extermination of the expressions of civil society” and added that these closures seek to “turn Nicaragua into a desert of autonomous expressions.”

“Definitely a fence is being woven in which any type of social care policy will come exclusively from the government and everything will have to be thanked to the Nicaraguan government and specifically to Daniel Ortega and Rosario Murillo,” Zoilamérica told VOA at the time.

The grounds for outlawing the organizations are alleged causes of non-compliance with registration in the registry as a Foreign Agent, which is a recently passed law and that it sought to control the entities.

Similarly, they are accused of allegedly failing to show their financial statements. They are also accused of not updating the boards of directors, nor of reporting previous donations from abroad.

“The aforementioned entities have transgressed and failed to comply with their obligations established in the legislation that governs them,” indicates the official document that justifies the imminent closure of the organizations, which underlines that “with these actions, the entities have hindered the corresponding control and surveillance.”

The Ortega Government exceeds its own mark: 96 NGOs canceled in one day

A total of 96 non-profit organizations were outlawed this Thursday

Against the decision of the Presidency of the Republic to

Through Decree No. 7164, the Executive Branch appointed Gladys Zunilda

Regime cancels 96 NGOs, including one directed by Zoilamérica Ortega Murillo

The National Assembly canceled this Thursday, June 2, the legal status of another 96 organizations nonprofits,

Four years of impunity for the crime of Junior Gaitán

Four years have passed since the assassination of Junior Gaitana 15-year-old adolescent, originally from Masaya, who

On the same day—Friday, May 20, 2022—that the Daniel Ortega regime removed the Nicaraguan Catholic Channel,

Mónica Baltodano: “Succession with Murillo would generate an internal crisis without a solution (in the FSLN)”

For the former guerrilla commander, Mónica Baltodano, the reason for Vice President Rosario Murillo’s contempt for