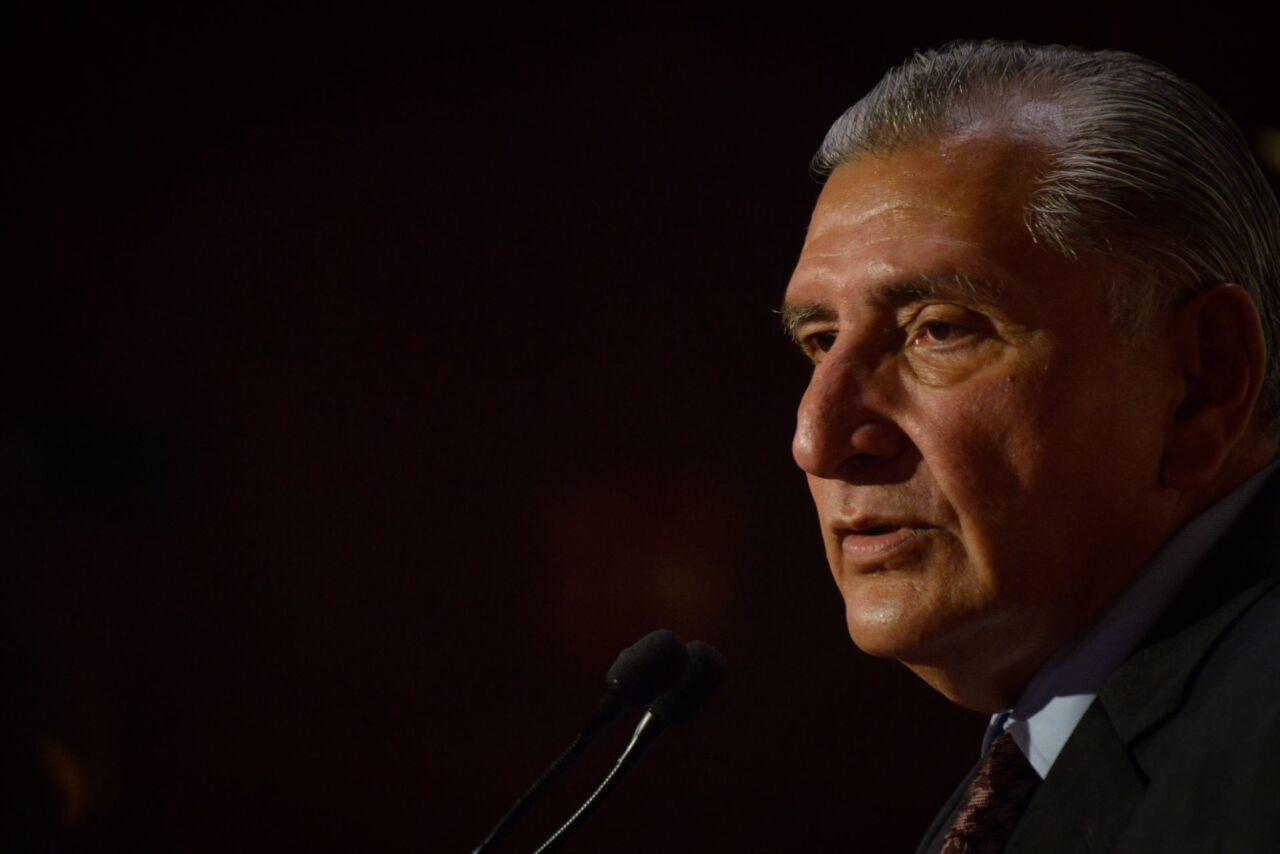 López Hernández appeared for almost five hours in the Senate, on the occasion of the gloss of the Fourth Government Report of President Andrés Manuel López Obrador.

In the Chamber of Senators, the opinion with a reform project is pending approval to extend until 2028 the participation of the armed forces in security tasks. That is why the secretary urged the legislators to approve the proposal now, in its terms, although he said he was willing to build agreements.

A week ago, during the vote on that opinion, the official went to the Senate to meet in private, lobbying for votes and operated from a hotel across from the legislative chamber. Today in an interview he denied pressure, blackmail and cooptation of legislators, as accused by the opposition.

Before the legislators, Adán Augusto insisted that approving the extension of the period for the military forces to carry out security tasks is urgent and cannot wait until 2024.

“They have asked why now and not until March 2024, I would tell them that this is the time to make a decision on how we are going to continue to face the battle against insecurity, because in 2024 we are all going to be involved fully in the electoral process, even next year there are elections in two states and what we do not do, it will be difficult for us to build in 2024”, he asserted.

The term to return the opinion to the plenary expires on October 5. “We have time to build on our part the total willingness for this to happen,” he said.

The coordinator of the Plural Group, Emilio Álvarez Icaza, recalled that when he took office a year ago, Adán “offered to be a bridge for dialogue and very unfortunately I must tell you that today you are one of the actors in the polarization of the country, even within of Morena and more with the other political forces”.

“I must say that it is a huge disappointment that the exercise of its powers is not to build agreements on issues as critical as security, it is absolutely surprising to see a militaristic left (…) and that, instead of building agreements, the powers to blackmail, to threaten,” he charged.

But the official refuted. To Álvarez Icaza, who said that around what happened in Ayotzinapa, dismissing arrest warrants is a sign that there are untouchables, López Hernández asked “not to eat cravings, because there will be no impunity.”

“Let’s not see ghosts where there are none, he came here to say that I don’t know how many arrest warrants had been canceled to cover up soldiers or something like that, but the Public Ministry was able to order the withdrawal of these to perfect them,” he said.

There are currently four elements of the Mexican Army identified, “but it does not mean that it was a concerted action by the Mexican Army. For the good of this country and for the good of Mexicans, that institution has evolved, there is respect for human rights, let’s not see ghosts, “he said.

The presumption that elements of the Army were involved in the attack on the Ayotzinapa students “is yours,” PAN member Kenia López criticized.

I asked the Secretary of the Interior:

YES OR NO ARE ELEMENTS OF THE ARMY INVOLVED IN THE AYOTZINAPA TRAGEDY?

He said: “4 elements of the Army participated in the tragedy, including a General”

URGE a Secretary 24/7 and if you prefer to be a corcholata, better RESIGN! pic.twitter.com/lWX2ckRRzg

“Precisely because of these types of events, it is not good for Mexico that the Army is in public security tasks, the United Nations Organization says so, our Constitution says so,” he said.

“Welcome, Mr. Secretary of the Interior, or should I tell you, to understand each other better: Mr. Morena’s pre-candidate?” Marco Gama, from Movimiento Ciudadano, snapped at him.

We received Mr. Secretary of the Interior at the @senadomexicano or I should tell him, so that everyone better understands, Mr. Pre-candidate of Morena Adán Augusto López pic.twitter.com/wv7gloVJQU

“Define yourself, because it is truly unacceptable that half the cabinet goes to different parts of the country campaigning for themselves and a political party, starting with you, Mr. Secretary, revealing in this way that the internal politics of the government is the restitution of the old practices of the authoritarian system, continuing with this double life, Mr. Secretary, is a mistake”, he told him.

To the locations, the Tabascan turned: “do not eat cravings, the time will come when they see us in the campaign, right now I am busy being the Secretary of the Interior.”

They expected “to attend in a respectful manner”: They suspended an immigration official for aggression in El Dorado

The Attorney General’s Office confirmed that it is a “provisional

A group of 119 Cuban doctors will arrive in Mexico

The performance of the 10-year US Treasury bonds fell this

The performance of the 10-year US Treasury bonds fell this Wednesday, after the biggest jump in

▲ The undersecretary for Prevention and Health Promotion, Hugo López-Gatell, participated yesterday in the morning conference

Although for civil society organizations and the opposition, this was the year of the presidential attack

2022: the year of the war against inflation

All major central banks except the Bank of Japan have raised rates this year, although Tokyo

Chipmaker Infineon is willing to invest billions of dollars in acquisitions