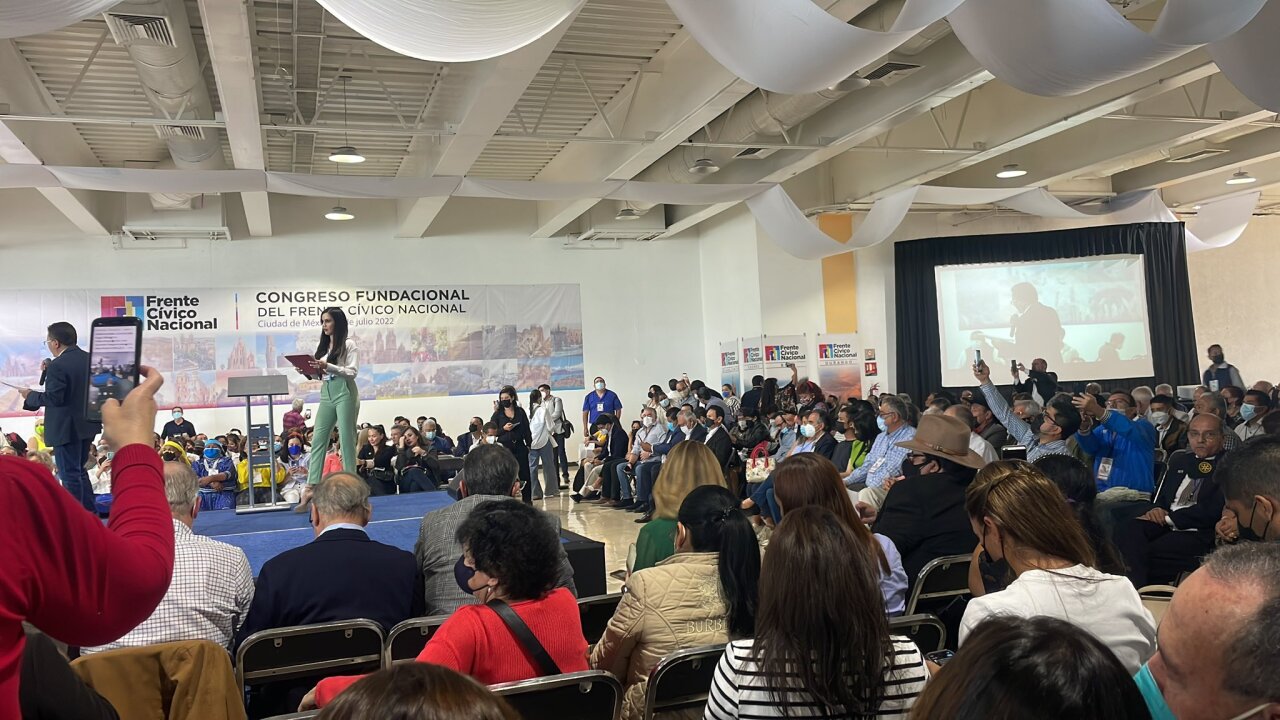 A minute of silence for the Jesuit Fathers

With a minute of silence in memory of the murdered Jesuit priests in Chihuahua, Javier Campos, “El Gallo”, and Joaquín César Mora Salazar, “El Morita”, as well as the 12 journalists murdered so far this year, Acosta Naranjo welcomed the 32 FCN delegations throughout the country.

Acosta Naranjo clarified that the next step is to set up delegations in the 300 most important cities in the country, since the objective of the Front is to convene a citizen summit in which, in addition to extending a hand to all the opposition parties, it contributes to defeating abstentionism. in 2024.

“The aim is to abandon this stale presidential system and move towards a coalition government. Enough of the messiahs who always want more power!” exclaimed the former legislator at the meeting held at the Expo Reforma, recognizing that the unity of the parties is essential, but not enough.

He asked the political parties “to open their doors and windows so that fresh air can enter, to clean the environment, to get closer to the citizens and listen to them sincerely, not just to cover the file.”

PAN senator Gustavo Madero Muñoz indicated that the Front, in addition to seeking to form a central progressive coalition government that “saves the country, proposes to “build solutions, not restore an indefensible past.”

“Today, July 2, we are not celebrating what happened four years ago (Morena’s victory in the presidential elections), but what is going to happen in 2024 (the victory of a coalition government,” he said, making it clear that the FCN he is not coming to support any candidate.

The event was attended by the former ambassador of Mexico in Cuba, Ricardo Pascoe; the former PRD deputy Carlos Navarrete; former legislator Rosario Guerra, promoter of the FCN; the experredista Fernando Belanzaurán; the former mayor of Mérida, Ana Rosa Payán, in addition, the PAN member Adriana Dávila, former candidate for the national leadership of that party, among others.

The FCN is born: it will promote a single candidacy in 2024 with primary elections

A minute of silence for the Jesuit Fathers With a

Costa Rica rules out the appointment of an ambassador for Nicaragua

Costa Rica will not send an ambassador to Nicaragua and

Three months before the elections in Brazil, former president Lula

Exhibition “Forms and Colors of Arequipa” was inaugurated in Arequipa

Costa Rica rules out the appointment of an ambassador for Nicaragua

How has the way of renting a property changed?

From the confinement and restriction of activities due to the arrival of Covid-19 in 2020, the

▲ Yesterday, the 240 elements of the Joint Engineering Company for United Nations Peacekeeping Operations were

Neighborhood tour of Iztacalco Isabel, a 61-year-old resident of the Iztacalco mayor’s office, has never traveled

Belarusian President Alexandre Lukashenko said on Saturday that his army had intercepted missiles launched from Ukraine,

“We are doing justice to the south” of the country, says the President