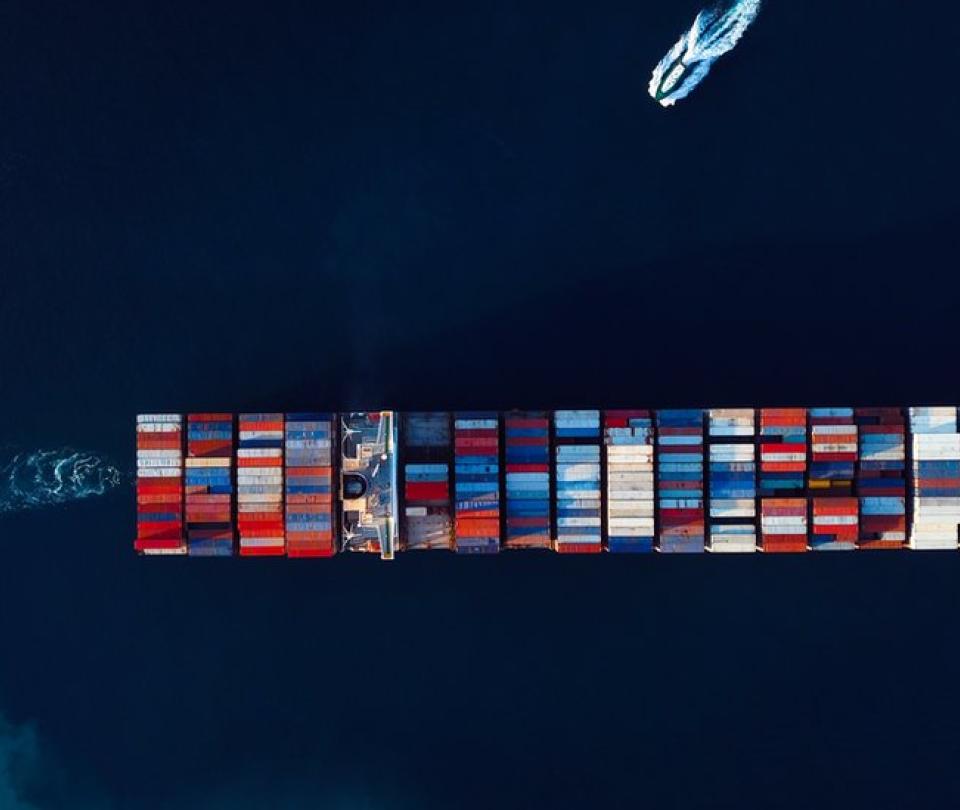 When the Ever Ace, one of the world’s largest container ships, left Yantian port on August 14 last year and cautiously maneuvered toward the South China Sea, it had embarked on an unprecedented journey.

To date, no other ship had transported such a large volume of containers: 21,710 units of 6 meters.

Many more are under construction. Just two of them stacked vertically would be almost as tall as the tallest building in the world, the Burj Khalifa in Dubai.

The largest cargo ships in the world are 400 meters long and around 60 meters wide. It’s pretty much the current upper limit for these ships and there are a surprising number of reasons why they don’t grow any larger.

Container ships much larger than that are unlikely to be seen.

There are around 5,500 container ships in the world and together they are capable of carrying 25 million TEUs (Twenty Foot Equivalent Unit), or the equivalent of around 25 million 6 meter containers if they were all fully loaded at the same time.

“We are seeing a lot more ultra-large container ships being built,” he says. “The proportion of new ships moving more than 14,000 containers is staggering.”

In the last decade alone, the average capacity of a container ship has increased from less than 3,000 TEUs to around 4,500 TEUs. And there are currently more than 50 ships with a capacity of 21,000 TEUs or more. Virtually all of them were built in the last five years.

Yet these ships push the limits of even the world’s largest ports, says Griffiths. To load and unload containers, cranes must traverse ships.

Container ships also have to turn around and pass through locks and canals, including the Suez and Panama Canals, which have size restrictions.

It is also crucial that ships avoid running aground. In some ports, the largest ships are so submerged in the water that they hit the bottom and slide through the sediment instead of floating, says Stavros Karamperidis, director of the Shipping Research Group at the University of Plymouth in the UK. United. Such a maneuver must be handled with extreme care.

To accommodate much larger ships than the largest that exist today would require a major overhaul of the port infrastructure. And that would be incredibly expensive.

“Why would you invest in bigger ships if it means you have to invest huge amounts of money in ports as well?” Griffiths says.

Karamperidis adds that larger ships are also restricted in the routes they sail because they are so vulnerable to inclement weather. They tend not to cross the Pacific, for example, due to violent storms. Medium-sized container ships sometimes lose hundreds of containers in the Pacific.

“That’s why the ships [ultragrandes] They come closer to the coast, so they don’t face big waves. It’s a question of stability,” says Karamperidis. He adds that most US ports are not large enough to accommodate the largest container ships. Only a handful of ships with capacities approaching 20,000 TEUs have reached US ports.

Limitations on ship size have less to do with the engineering challenges of building really big ships, but more to do with the economics and logistics of operating such behemoths.

The containers are also strapped to keep them in place, and such systems have upper limits on the number of boxes they can safely hold, says John Simpson, Blazejczyk’s colleague at Solis.

Another problem is how these big, wide boats handle the waves. When sailing directly into a sequence of waves, boats can experience a phenomenon called parametric roll.

When waves pass the length of a very wide container ship, its bow and stern can clear the water as long as the peak of the wave is at the midpoint of the ship. This leaves the top of the bow and stern unsupported by the water. Variation in this support, as the waves pass by, can cause the ship to rock oddly from side to side.

Large ships are more at risk. And container ships also have very large hatches in their decks, which means their overall structure is weaker than other ships and more susceptible to twisting.

“They’re like a shoebox with no lid,” adds Blazejczyk. No problem on calm seas but, again, limiting when or where a ship sails probably also limits its usefulness.

In addition to all of the above reasons, there is an economic climate to contend with. Griffiths points out that the price of oil is extremely high right now and that the largest container ships require large volumes of fuel.

However, investing in even larger vessels might not be the smartest financial option in the future. Right now these costs are more than covered by astronomical freight rates around the world. Such is the current demand for movement of goods.

For container ships with a capacity well above 25,000 TEUs to be viable, the economics of operating them would have to change, Karamperidis says.

The Suez Canal will probably always act as a bottleneck for ships traveling from Asia to Europe, but it’s not impossible to imagine a 30,000 TEU or similar ship traversing a route from, say, China to a booming African port, Karamperidis says.

“Maybe we’ll see those kinds of ships going from Asia to Mombasa,” he adds, referring to Kenya’s largest port.

The 24,000 TEU ceiling in container ship capacity we see globally today is, more or less, a reflection of economic limits as much as those of port infrastructure, the shape of the world’s busiest waterways and the engineering.

But under the right conditions, there’s always the chance that someone with enough money will one day commission a ship that dwarfs even today’s gigantic ships. It would certainly be a wonderful thing to see.

Remember that you can receive notifications from BBC News Mundo. Download the latest version of our app and activate it so you don’t miss out on our best content.

The economic limits that prevent megaships from increasing in size

When the Ever Ace, one of the world’s largest container

It’s almost there. Some color adjustments, the transfer to Digital

Who loses when my investments win?

In the economic field there are many theories that focus

The Police of the regime of Daniel Ortega and Rosario

Belinda once again made headlines in several media outlets around the world, after in the middle

The dollar surpasses the euro for the first time in history

For the first time in history, the dollar surpassed the euro and stood at 0.98: that

Inflation in Colombia is at greater risk by 2023, according to experts

New section inaugurated on the Vía al Llano is the most modern work in the country: president of the ANI

He added that related to the Chirajara bridge, and this work that is delivered, although they