The mining royalty is the income generated by the sale of the extracted resources. The mining canon is the money that is distributed to local governments on the income and rents that have been obtained from mining. These amounts, unlike the resources provided by the Public Treasury through the Budget Law, are not returned and what is left over accumulates in the accounts of the municipalities and regional governments over the years.

LOOK: Cheese Tris returns to the market today after agreeing to Indecopi’s decision

Until November 2021, the southern part of the country, made up of Apurímac, Cusco, Arequipa, Moquegua and Puno, is the one that received the most canon and royalties due to the large number of mining projects (21) that are developed in its sector, which are equivalent to 49% of the total in the whole country.

The northern zone made up of Cajamarca, Lambayeque, La Libertad and Piura takes 41% with eight mining projects, while the central zone with 16 mining companies distributed in Áncash, Ayacucho, Huancavelica, Ica, Junín, Lima and Pasco only 8.6%.

Money is left over

“Until last year there were S / 20 billion in the accounts of the municipalities from previous periods waiting to be spent and that formula can be improved,” explained former Minister of Agriculture and economist Milton Von Hesse.

He assures that in some municipalities where the money is greater, the mayors or governors have spent this benefit on “white elephants.” “They have wonderful squares, huge municipal palaces, soccer stadiums, but they do not generate employment or improve people’s quality of life,” said the economist.

For this reason, he recommended avoiding giving more money to the municipalities that are closer to the project since they do not benefit “equitably” everyone. In addition, he said that if the mining activity is cut, the flow of the canyon is cut and the gaps will not continue to be closed, ”said Von Hesse.

10% of the mining canon is distributed to the districts where the deposit is located, the province receives 25%, 40% to all the municipalities of the department, another 25% goes to the region.

In the case of mining royalties, it is 20% for the districts, 20% for the province, 40% for municipalities, 15% for the region, and 5% for universities in the region. 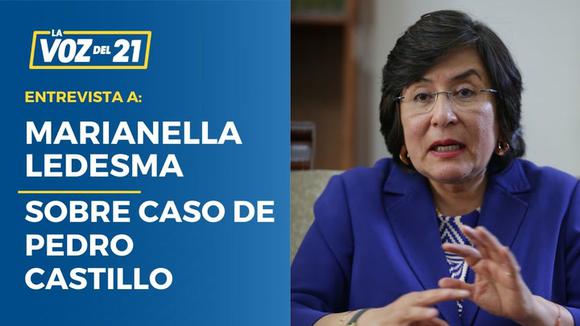 We spoke with the outgoing president of the Constitutional Court, Marianella Ledesma, who in her last speech in office called for transparency.

There are currently 580 parks, precincts and planned industrial sectors.

Cane growers go to blockade due to export restrictions

Barrens are used as landfills in Asunción

VAT exemption: Government warns that Congress included products that are not from the basic basket

The President of the Council of Ministers, Hannibal Torresasked Congress to “quickly” correct the approved law