*Warning 1: On this series On the so-called “bad words” I have insisted on the often willful character, rather than scientific, which affects the processes of tabooing or pejorative displacements in the use of language. Nothing is foreign to linguistic studies, beyond norms, precepts and classifications. The language we speak today is the result of displacements, modifications and reconversions that, not because they are distant, were less murky and difficult.

*Warning 2: Although the statement would deserve statistical clarity based on linguistic research resources, few words in Cuban Spanish can boast of the breadth of registers, variants of use and combinations at all levels of the language that the word from which it is used has. I will speak today. The survival of a patriarchal and phallocentric culture has done its thing and today, going through orthodoxies and conservatisms, that word or its derivatives land on everyone’s lips at some point in life, either to express resounding success in a task, joy for a triumph of one’s own or another’s, or to unleash anger, disenchantment or impotence.

*Warning 3: That said, it’s up to you to continue reading or walk away. Today I will talk about the most loved and hated word, depending on how you look at it.

As the subject is rough for some I will start with a nice anecdote. A few years ago, while passing through Naples, Italy, I visited with a friend the wonderful Archaeological Museum of that city, a place where many of the remains that could have been extracted from Pompeii after being devastated by the eruption of the Vesuvius volcano in the year 79 AD These “remains” make up the so-called “secret cabinet” in the Neapolitan museum, a place in which the numerous and varied phallic representations speak of the relaxed character of the sexual culture of the time. Faced with this display, my friend and I, both roguish islanders, immediately agreed that this office was, ultimately, the place we had been sent to many times: the house of the dick. 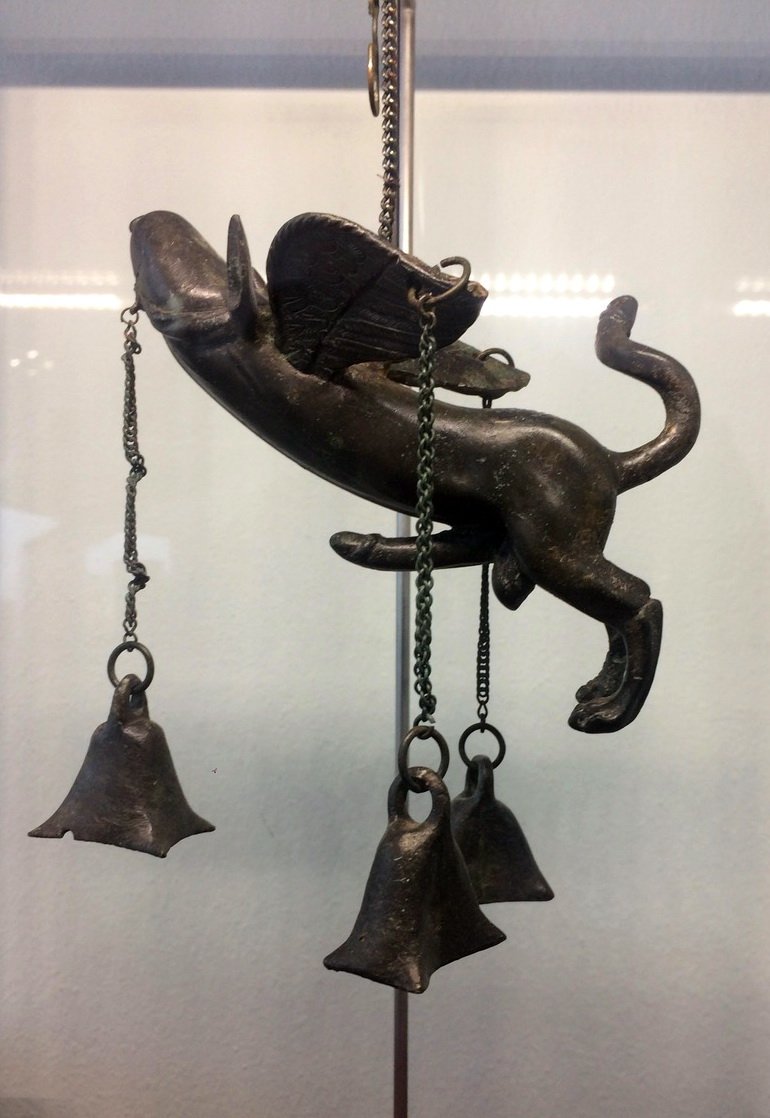 And if in Italy, one of the cradles of Western civilization, they have a house for her, why don’t we, who use it so much, not make our own memorial to her? Reasons are not lacking and here I expose some of them. The term stands out among the multiple nominal variants that the RAE Dictionary collects as substitutes for the euphemistic “penis”. Thus, with modifications according to regions, historical contexts or social strata, we can also find variants such as yerro, tail, rod, stick, segment, wand, mandarria, lock, blunderbuss, morronga, bat, liana, hose, errand, tube, bug, dick… Some of them have been transferred metonymically to allude to the sexual act in phrases such as “give a rod”, “give a lock” or “throw a stick” (in his classic study The wit, Moreno Fraginals provides an interesting theory about the origin of this phrase in plantation culture and relations between slaves). But its scope of expansion, with few exceptions, is much more limited semantically and morphologically.

A diaphanous expression of the widespread use of the term is reflected in the development of a kind of anatomy of the dick. Thus, depending on the situation, it is not necessary to refer to the element as a whole but simply to one of its parts: say “the trunk of the…” or “the head of the…”, the latter expression almost always used with the same threatening index of a spearhead. Very recent is the neologism “bollopingo”, with a surprising articulation between male and female sexual organs, which speaks of very clear discursive empowerment strategies.

The word has developed equally interesting superlative forms expressing varying degrees of semantic denotation. Although the “pingón” (or its feminized variant, the “pingona”) are more common, the adjectival variant “pingú” (also with an oxymoronic feminization in “pingúa”) is no less powerful. “Ser un pingú” and much more “ser una pingúa”, express a maximum degree of courage and courage. Surprisingly, and this alternation of semantic value is repeated, when being is modified by being, the assessment is upset: then “being pingú” or “being pingúa” denotes ugliness, aging, extreme impoverishment. Another variant of a superlative nature can be found in the “pingazo” derivation, which causes extreme pain in the part of the body that receives the impact, not necessarily coming from the virile member. More elaborate is the relatively recent “pingu-ísmo”, in reference to a whim that is irrationally tried to be imposed (note the difficulty for the phonetic transcription of a term that comes from orality).

Diverse are the derivations resulting from morphematic or lexical combinations that have given way to verbal, adverbial, substantive or adjective forms. One of the most complete is, without a doubt, “despingar”, with its own adjective variant for each sex (despingao y despingá —this alludes both to a state of maximum tiredness and to the consequence of getting off: “I had tremendous despingá in the bicycle”—), and an adverbial dimension: stunning, widely used to describe exhausting or sentimentally painful experiences. Equally widespread is the use of “empingao/empingá” (against all grammatical laws that “m” is pronounced as “n”). Referring to a thing or action, both terms have an almost interjective value to express total agreement or a very positive assessment, although it can be developed syntactically: “the text was stuck on you”, “that motorcycle is stuck”… However, when referring to the state of a specific person denotes anger, rage, fury: “Fulano está empingao”, “Esperanceja está empingá”… More semantically limited is the “apingante” variant, which usually describes actions or subjects that cause rejection, mortifying par excellence. Among the morphematic modifications, without a doubt the most widespread in use are “repinga” (with variations of intensity in “recontrapinga” or “resipinga”) and “comepinga”, both intensifiers par excellence of the expletive. More limited are the lexical associations of a descriptive nature such as “caraepinga”, “pesteapinga” or “sapingo”, although certain historical contexts put into circulation successful variants such as “pinguero”, to describe individuals who were engaged in prostitution and, by extension, , who looked or dressed like them. Referring to action, the variant “pingueta” is recorded, which expresses trouble, hubbub, problem, brawl: “I’m going to make a tremendous dick if the administrator doesn’t come out.”

The interjective uses can vary according to the attitude of the speaker:

-Ping! (Very fast pronunciation in which the sound “i” almost disappears, enunciated almost introspectively as a reaction to a common disappointment, the rejection of a thankless task that has been entrusted to us, etc.)

-Pingaa! (The reduplication of the final vowel of this lexical unit indicates, indistinctly and casuistically, states of annoyance, frustration, anger, or else, frenzy, celebration, success in undertaking some task. That is why it is important in this case to pay special attention to the deictic indices of the speaker or to the enunciation context).

-Pinga, no / Pinga, yes (Incidence to mark the negative or positive character of an action or event perceived by the speaker).

-De pinga (Unit that expresses both regret for a specific situation, as a negative or positive attribute. The expression, for example, “that movie is fucking”, can only be understood as a positive or negative assessment depending on the speaker’s attitude towards what described).

-Manda pinga (Equivalent to other expressions of astonishment or resignation such as “pal carajo”).

-Ni pinga (Unit that expresses blunt rejection of an order or suggestion to transform a behavior, a taste, etc. When added to the end of a sentence, it acts as a restrictive closure of the proposition: “Latin American baroque does not exist or pinga”).

-Ay, pinga (This formula satisfies reactions to a large number of states of the subject, from forgetfulness or frustration to joy and emotion).

– And that dick? (Very widespread today, this variant denotes contradiction before a proposition received by the speaker).

-What the fuck is he? (Although initially it was linked to a confrontational reaction, today it can be a simple greeting formula in the informal colloquial register that can dispense with the initial “what”).

More elaborated periphrastically and almost always with a negative value in which the word is used as a reinforcement of the expression, we can find phrases such as “he snores his prick [el tolete]”, “what kind of dick [morronga]”, “that is tremendous dick [morronga]” (the variant with being, again, can change the expression to the positive paradigm: “that is [muy] dick”), “I shit on my dick”, “there is no dick” or “don’t eat [más][tanta] ping”…

In the environment of the qualities or states of the speaking subject, uses can be variable in sign: “being a dick”, for example, alludes to negative qualities of the person being evaluated, lack of character or resolution; while “being a dick”, applied to a subject or thing, tends to enhance the positive assessment. In the case of “putting on a dick” it refers to a sudden transformation of behavior, for better or for worse. The term can also be the center of affirmation of the person who speaks in expressions such as “it comes out of my dick”, “I do the dick” or “the dick for the world”.

Very popular are the topological uses of the term in expressions such as “te vas pa [casa de] the dick [pal pingón]”, “that stays at the pinga’s house” (a place from which one does not want one to return) or “I’m leaving for the pinga” (indicative of a definitive resolution to leave somewhere).

As I said at the beginning, although it may seem inappropriate, these issues are increasingly occupying linguists, who are aware of the complex cultural component that mediates between the processes of affirmation or rejection of certain phenomena of the language. As an example, those interested in a more specialized approach to the subject, do not hesitate to approach this excellent research of my colleague Roxana Sobrino Triana, illustrious daughter of Pedro Betancourt, and one of our most exalted connoisseurs of… lexicography. That text is really cool!

*Warning 1: On this series On the so-called “bad words”

Santo Domingo.- The Dominican Institute of Telecommunications (Indotel) and the

CICPC has more than 100 offices for crime prevention nationwide

With 114 offices, and a large contingent made up of

The Coordination for the Improvement of Higher Education Personnel (Capes)

Do Cubans have good spelling?

HOLGUÍN, Cuba.- “Se bende bisi”, the misspelled sign hangs behind a pedicab that runs through the

A fire that occurred this Wednesday in a house near Parque Céspedes, in the eastern province

MADRID, Spain.- The Cuban Catholic Church approved a Manual of procedures for the prevention of abuse

Hamlet Lavastida: “The revolution, like Saturn, devours its own children”