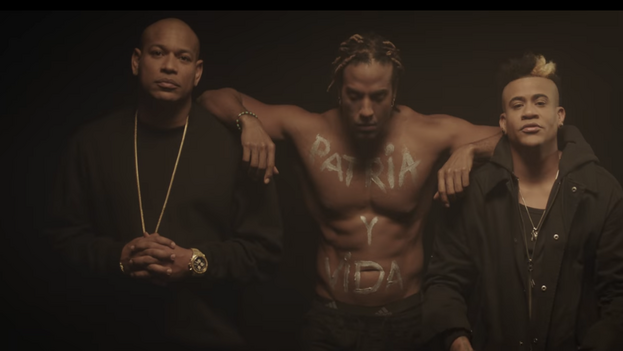 (EFE).- The authors of the song Homeland and Life will be recognized with the “Medal of Freedom” awarded by the Latin Songwriters Hall of Fame (LSHOF) at the gala welcoming its new members, to be held on October 13 at the South Florida, USA

This new award created by the entity will go to Yotuel Romero, Beatriz Luengo, Descemer Bueno, Luis Manuel Otero Alcántara, Maykel Castillo osorbAlexander Delgado, Randy Malcom Martinez and DJ The Funkythe authors of the song erected as an anthem by the opposition inside and outside Cuba.

The theme, which was the “soundtrack” of the popular protests of July 11, 2021, has received, among others, the Latin Grammy award for best song of the year.

The “Medal of Freedom” ( Medal of Freedom) will be one of the “La Musa Awards” that will be presented at the LSHOF ceremony, which will take place at the Hard Rock Hotel in Hollywood, in South Florida, and with which they will also celebrate their tenth anniversary, as this monday magazine Billboard.

At this gala, the institution, based in Miami Beach, will welcome its new members, including Dominican Johnny Ventura, who died in July of last year and who, posthumously, will join this room that brings together and pays tribute to the great figures of Latin music.

The others distinguished in this year’s edition will be the producers Desmond Child and Rudy Pérez, both also founders of the LSHOF, as well as the composer Tony Renis.

The Spanish Manuel Alejandro and the Venezuelan Elena Rose will be other musicians who will be awarded at this gala, as well as executives from the music and entertainment industry Gustavo Menéndez, Walter Kolm and Eddy Cue.

As advanced Billboardat the gala, which will host the Peruvian-American actress and singer Isabela Merced, will perform artists such as Emilio and Gloria Estefan, José Feliciano, Draco Rosa, Erika Ender, La India, Luis Figueroa, Yotuel, Gente De Zona, among others. others.

As in previous editions, the authors selected this year to be part of the Latin Songwriters Hall of Fame have been chosen from a group of nominees by a committee of figures and leaders of the music industry.

The authors of ‘Patria y Vida’ will receive the "Freedom Medal"

(EFE).- The authors of the song Homeland and Life will

The sports writer and political prisoner of Daniel Ortega and

A request was made by the Chamber of Commerce, Industries

The hippies of Playita 16 in Havana have left, now invaded by garbage

“Don’t take off your shoes!”, a mother shouted this Monday morning to her newly arrived son

Three days after having declared the fire at the Matanzas Supertanker Base extinguished, the Cuban Government

Humberto López accuses Cuban exiles of being behind acts of vandalism