The International complaint for the violation of the human rights of Zvonko Matkovic by the Bolivian State enters a new stage in the instance that corresponds to the Inter-American Commission on Human Rights (IACHR), an old wound that will be subjected to a period of in-depth analysis with the arguments that were presented by both parties in conflict.

Matkovic, who currently serves as president of the Departmental Legislative Assembly of Santa Cruz, was imprisoned for almost 10 years preventively (8 of them behind bars and two under house arrest) for an unproven alleged involvement in the late ‘terrorism case’ and in his search for justice there begins to be a light at the end of the tunnel.

The prison time was just one example of the abuse and violation of human rights, as explained by Gary Prado, the victim’s lawyer (Matkovic), in a contact with EL DEBER.

In this new stage, the evidence for the rights violations that were denounced will be debated, as well as the reparation measures and, if there is forcefulness, the case will be taken to the Inter-American Court of Human Rights, in San Jose (Costa Rica).

The Zvonko’s lawsuit dates back to 2015, where it was stated that on several occasions the cessation of preventive detention was denied and now the case was extended by the almost 11 years that the so-called ‘terrorism case’ lasted, therefore, it was considered to open this substantive analysis reply.

An Admissibility Report signed by Jorge Meza, Deputy Executive Secretary of the IACHR, reviews the entire journey of Matkovic around this case and the times that the doors of Bolivian justice were knocked on, where irregularities and violations of Zvonko’s human rights were noted.Zvonko Matkovic spent more than ten years in preventive detention

“In this period, Zvonko is going to allege and substantiate with other evidence delivered that the violations they existed, against the vision of the State -as denounced- that considers that having been acquitted Zvonko in 2020 there are no more violations and there is nothing to claim,” the lawyer pointed out.

Prado added that what is sought is for there to be a series of reparations ranging from the moral to the material, so it is not ruled out to address the issue of a compensation, not only for the years of imprisonment, but also for other violations of rights that will be exposed lines later.

“We are going to prove that the violations have existed. For example, it should not be denied that he was pre-trial detained longer than the time established by law, that those accused of terrorism not be released was a political sloganPrado pointed out.

To this is added the times that Zvonko was presented to public opinion as part of a terrorist cell, not only through the media, but also using his image in other scenarios, both inside and outside Bolivia with books, publications and other propaganda elements used by the Government of Juan Evo Morales. In summarythe principle of presumption of innocence was violated and it is very easy to prove it, according to Prado.

On the other hand, the one who carried out the process was a court in La Paz, when everything that Zvonko was accused of happened in Santa Cruz. “It is another violation that was claimed and the Government imposed itself”, the norm of the natural judge is violated. To this is added that Zvonko was held in a prison in La Paz.

Another piece of evidence is the case of the ex-prosecutor Marcelo Sosa, who “dedicated himself to extorting the family” of Zvonko, subject for which he was investigated and sanctioned, but he is not serving a sentence because he is in Brazil, which Prado sees as another irrefutable proof, since the former authority of the Public Ministry did not guarantee an impartial investigation and fell into acts of corruption.

“You just have to see the political effect this has. With the Zvonko case, The IACHR sends a message to the Movement Towards Socialism (MAS): that sooner or later those who use politics to do justice pay the consequencesPrado pointed out. 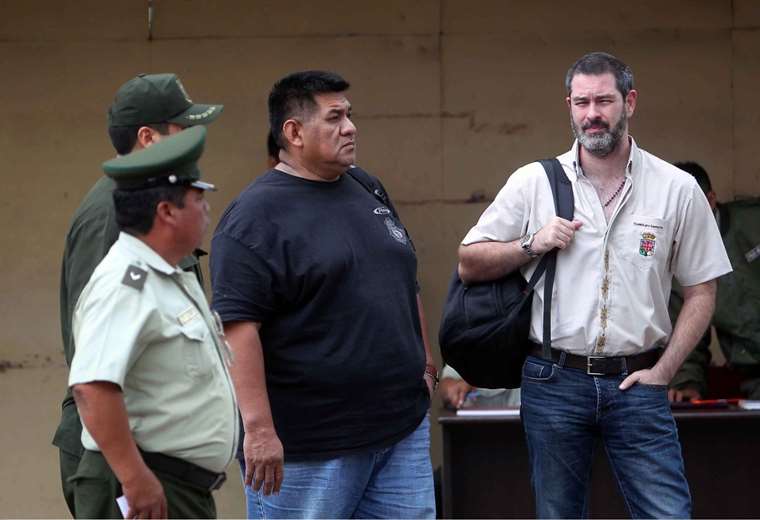 However, there is still a long way to go in this journey of the denouncing party, which although it managed to be postponed by the State at the time, now it cannot be delayed any longer and what it touches is to show that Bolivians deserve legal certainty upon being charged, according to Prado.

“This has been an abusive assemblyThey did not want to reconcile when they had the opportunity and they will continue to be obstinate, saying that the State is free and sovereign and will not allow anyone to interfere (the IACHR). They never want to be held responsible for their actions and we are going to see each other in the Inter-American Court,” the lawyer pointed out.

To these are added other complaints that the State must face for the same extinct case, which are promoted by other victims such as Elöd Tóásó and Mario Tadic, like the Bolivians Juan Carlos Guedes and Alcides Mendoza, just to mention some of those affected on the list.

“This is an alert to an abusive practice that must stop. They believed that they could break people with preventive detention with long processes, tedious and bland and they didn’t make it. Now they face a justice that does not admit pressure or lobbying and that in the long run will condemn them,” Prado concluded.

Terrorism case: process of Zvonko against the State enters the merits stage in the IACHR

Roberto Jefferson registers his candidacy for the presidency in the TSE

Government Mariana Guerrero Alvarez The president speaks at the closing

Roberto Jefferson registers his candidacy for the presidency in the TSE

Government of Colombia and ELN agree to resume dialogue

Person suspected of having monkeypox escaped from a hospital in Montero

Telephone companies will not be able to discount the credit balance when the megabytes run out; the ATT will allocate 100% of the staff to enforce the standard