The congresswomen Susel Paredes (Not Grouped) and Martha Moyano (Popular Force) staged an incident in the Plenary during the debate on the final report of the commission that investigated the 2021 Elections process, chaired by Jorge Montoya (Popular Renovation).

In his speech, Paredes Piqué considered that the investigative commission of the electoral process “it’s a fraud” because “A lot of money has been spent and nothing has been found”. This caused a word crossing with Moyano.

“They didn’t vote dead, the same people who say that their signature has been forged says: ‘it’s my signature.’ Do you know what a fraud is? This commission. It is a fraud because a lot of money has been spent and nothing decisive has been concluded”said the parliamentarian.

LOOK: The European Commission will decide on Ukraine’s candidacy for the European Union

Immediately, Moyano replied: “I am going to ask comrade Susel with great affection to please make her speech and defend what she has to defend, but she cannot offend a commission that has been approved here in plenary. I ask you to remove that word and we continue everything normal, in peace “.

Nevertheless, Susel Paredes refused to do it. “Do you know why I can’t take the word back? Because in my absolute internal personal conviction I think that this commission is a fraud because I myself am a product of those elections. How am I going to say that there was fraud if they have elected me in those general elections?said.

Despite the request of the first vice president, Lady Camones (Alliance for Progress), the parliamentarian who came to Congress with the Purple Party: “Running all the risks, as my colleague Alberto de Belaunde said, I do not withdraw anything”.

Given this, the session was suspended for several minutes and the Board of Spokespersons was convened. When the plenary session resumed, Paredes Piqué assured that he had never offended the members of the commission and that his criticism was directed at the results of the investigation.

“I have not had a personal opinion against my colleagues, I have referred to the results of the investigation”, stressed the parliamentarian. Yes ok Martha Moyano recalled that Susel Paredes had to apologize and accused her of not having “courage”the incident was considered over. 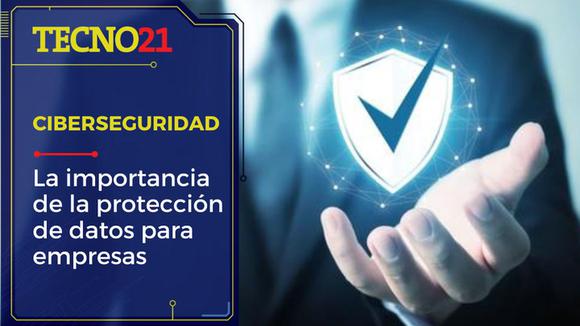 Interview – Pablo García, Cybersecurity Manager at Tivit The importance of cybersecurity and data protection for a company Digitization due to the context of the pandemic has helped several companies innovate, but unfortunately it has also encouraged hackers to improve their attack skills technological infrastructures to seize your data. We spoke with Pablo García, TIVIT Cybersecurity Manager in Colombia and Peru, about the need to invest in data protection. This is #Tecno21 on #P21TV #cybersecurity #technology #tivit #dataprotection #hackers #fishing #pishing #smishing

The congresswomen Susel Paredes (Not Grouped) and Martha Moyano (Popular

Santo Domingo.-The Dominican Judiciary, together with the Attorney General’s Office

This Wednesday, June 15, the House of Representatives met to

JNE, ONPE and the US Embassy held a talk on the independence of electoral bodies

Results of La Tinka for this Wednesday, June 15: five winners of the YES OR YES

This Sunday, June 12, the draw for The Tinkawhere a lucky person could have taken the

Cyber ​​Wow 2022: when does it start and what will be the categories that will have the most demands?

Pedro Castillo collaborates with the investigations “that are constitutional,” says his lawyer