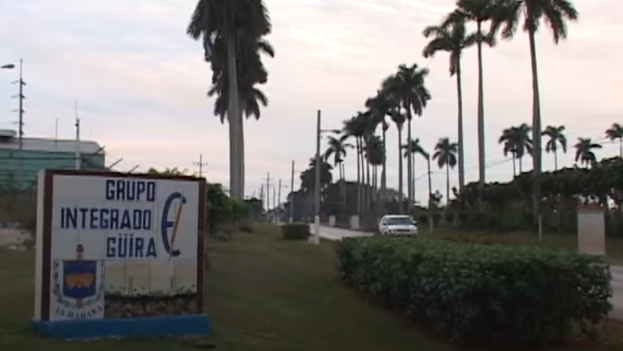 The residents of the municipality of Güira de Melena, in Artemisa, once again banged pots and pans on Monday night in protest at the power outages that keep them up at night.

in a video spread on social networks, as usual in these cases, a woman is heard saying: “Korea was thrown out”, referring to the cast that protested this time. The voice indicates that it is filming on August 15, 2022 at “a quarter past nine at night”.

“We are tired of these blackouts”, “homeland and life”, “we can’t take it anymore”, he also shouts behind the camera.

“It was something quite punctual,” Raudel Espinosa, a resident of Güira de Melena, tells 14ymedio, who also reports that the entire area has been without internet access since then. When the pans sounded this Monday in Korea, the neighbors had already been “hours and hours without electricity”, on a night, he says, especially hot.

“People are very upset, not only because of the heat but because of dengue,” which is rampant precisely in neighborhoods like that one.

Güira de Melena already accumulates protests during several dayssince, The last fridayresidents of the neighborhood of El Pulguero and the central Calle Real demonstrated against the blackouts.

It was not the only demonstration this Monday on the Island, which is suffering from an unprecedented energy and economic crisis. In Trinidad (Sancti Spíritus), according to several users on Facebook, they attacked a bank branch. “A person hit the windows of the Colón Street Bank in Trinidad with a hammer and went inside,” he wrote. carlos sibello.

Other comments alluded to the fact that the young man who broke the glass was being treated at the hospital, since he was “all beaten up and full of blood.”

Last Thursday night patience was also exhausted in Bejucal, Mayabeque province, where, a resident of the municipality assures this newspaper, “they turn off the power at eleven at night and turn it on at seven in the morning.”

“Only those who saw people pass by joined, as in a conga,” says the woman, “asking for freedom and that they put on the light”

“Only those who saw people passing by, like in a conga, joined,” the woman says, “asking for freedom and for them to put on the light.”

The local officials, this neighbor denounces, sent their followers to “record the people who demonstrate.” After the protests of July 11, 2021, it was these types of videos that allowed State Security to identify the protesters, arrest them, and prosecute them, in manipulated trials that ended with disproportionate sentences.

So far, neither the government nor the official press have reported the frequent cacerolazos that have occurred since mid-July, when the power cuts were daily. Two nightly protests against the blackouts took place this weekend in the county neighborhoodin Santa Clara, where the neighbors took advantage of the darkness to protest loudly and with a saucepan in front of the feared Fifth Unit of the Police of that city.

On July 15, he took to the streets The palacesin Pinar del Río, and on August 1, the Luis Dagnes cast of the Popular Council of Altamirain Santiago de Cuba.

On August 5, the same day that the gigantic fire started at the Matanzas Supertanker Base, hundreds of people demonstrated at the Marti Park in Cienfuegos.

Spirits burn in Güira de Melena due to power outages, heat and dengue

The residents of the municipality of Güira de Melena, in

They rethink the strategy for the rescue of miners in Sabinas

Mario Hurtado, the Nicaraguan and Mexican businessman who on Monday

They rethink the strategy for the rescue of miners in Sabinas

Cuba participates in a Russian military sniper competition in Venezuela

(EFE).- The Minister of Defense of Venezuela, Vladimir Padrino, inaugurated this Monday the “Frontera Sniper” competition,

The Cubans Yaritza Rodríguez Bruzón and Tamara, whose last names are unknown, were identified among the

11J accentuated the division between the “rebellious” musician and the “grateful” one with the Cuban regime.