The award-winning South Korean musician Yeontaek Oh Sala will perform this Friday at the Ignacio Cervantes Concert Hall, in Havanaas part of the VI International Meeting of Young Pianists, according to official media on the Island.

This edition of this event, devised a decade ago by Professor Salomón Mikowsky and the late historian of the city of Havana, Eusebio Lealalso brings together seven students from the Manhattan School of Music in the United States, according to a office from the agency Latin Press (PL).

🇨🇺🎹|| The Ignacio Cervantes Concert Hall in Havana hosts the presentation of the South Korean musician Yeontaek Oh, as part of the program of the VI International Meeting of Young Pianists in #Cuba.

depending on the page Montreal International Music Contest, Yeontaek Oh was born in 1992, in Wonju, South Korea, studied at the Seoul Arts Center Prodigy Academy, Seoul High School of the Arts, and Seoul National University. She debuted at the age of 13 and since then has won more than twenty national and international awards. She currently lives in Germany.

As for the event, in the best stages dedicated to classical music in the Cuban capital, 19 performances of concerts with orchestra, recitals and master classes. They have 14 interpreters from nine nations as protagonists, among which the Russian-American Kirill Gerstein and the Greek Katia Skanavi also stand out, details the medium.

Add PL that the curatorship of this event musical It includes universal piano scores, the premiere of works by renowned composers such as Leo Brouwer, Ernesto Oliva and Inesa Sinkevych, as well as a selection of pieces from the island’s collection composed, among others, by Roberto Valera and José María Vitier.

Another of the activities related to the event, and organized by the Esteban Salas Musical Heritage Office and the Subdirectorate of Cultural Management of the Historian’s Office of the City of Havana, will be the colloquium on the art of playing the piano with Professor Mikowsky, the report notes. 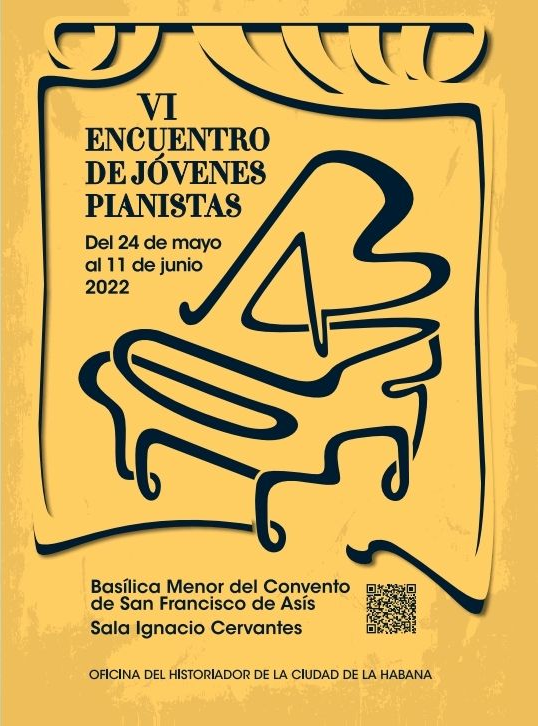 The information of PL recalls that the concert hall that will host the presentation has occupied one of the floors of the former Casino Español de La Habana for a decade, built in 1914 on the emblematic Paseo del Prado, and known at the time for its celebration of festivities, dances and banquets.

Since its reopening, after a significant restoration process undertaken by the Office of the City Historian, the site has received figures such as the singer-songwriter Silvio Rodríguez, the pianist María Victoria del Collado, the violinist Alfredo Muñoz and the clarinetist Arístides Porto, he adds. the report.

One of the clients with whom they link producers is

Salyn Buzarquis, a national senator for the PLRA, once again

The 21st Liquidating Criminal Court of the Superior Court of

When they want us to believe that some murderers are heroes

HAVANA, Cuba.- Victor Hugo was right when he looked at the memory as if it were

Cuba reported 45 infections due to SARS-CoV-2 on Thursday, according to the part that broadcasts today

Havana World Music reschedules its concerts for the weekend

The festival Havana World Music (HWM)which was to begin this Thursday, rescheduled its concerts for the

MIAMI, United States. – Cuban teenager Kevin Pezeta Godswolf, the protagonist of one of the most