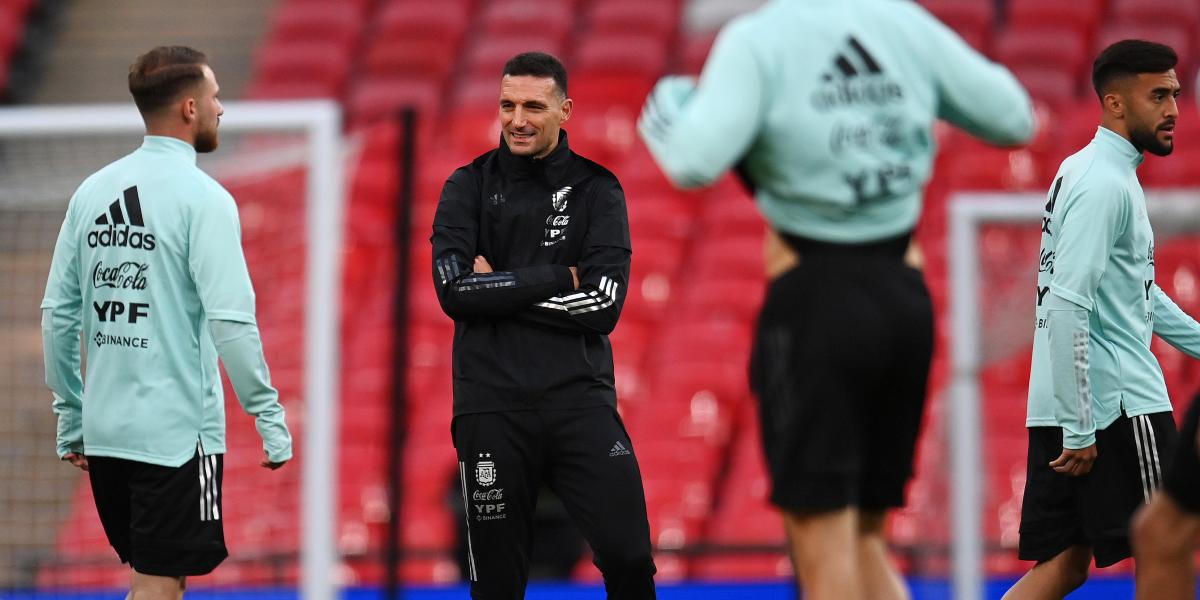 Lionel Scaloni, coach of the Argentine national team, assured that the tribute prior to the Finalissima this Wednesday between Italy and Argentina at Wembley is “fair and will never end, because in all the stadiums in the world there will always be a tribute to Maradona”.

“We would like to win because it is a title, but the most important thing is to continue with the line of play between now and November. Beyond it being a title, playing with this shirt always means competing to the fullest. That is what we are going to do tomorrow “, Scaloni said today at the pre-match press conference.

Regarding rotations and possible changes, Scaloni pointed out: “This team has shown that other players have played in some positions and have performed the same. I’m not worried, what worries me is that those who start tomorrow will be 100%, They haven’t been able to fully recover.”

Delighted with the week in Bilbao

“We have trained like never before”, continued Scaloni about the work in Bilbao during the last days. “Because the last time we had a long week to prepare was before the Copa América. It has been the time of most training that we have had since I have been in the national team. We have adjusted something, repeating things that we have been doing well. I liked having these days.”

Scaloni also spoke about the tribute to Maradona and said that it is something “fair” and that “it will never end.” “There will always be a tribute to him in every stadium in the world.”

Argentina, which has gone 31 games in a row without losing, will face a European rival like Italy, which is looking to get rid of the bad taste in its mouth of not being able to be in the 2022 World Cup in Qatar.

“Undeservedly they were left out of the World Cup, we are talking about the winner of the European Championship. It is a team of the highest level in the world. They have been left out for aspects of football such as sometimes the ball does not go in. Mancini has given an identity to the team that I haven’t had it for years,” said Scaloni.

Scaloni: “The tribute to Maradona will never end”

Lionel Scaloni, coach of the Argentine national team, assured that

A masterclass by Spanish artist Daniel Canogar on art, science and technology

The workshop “Art, Science and Technology: State of the situation”

The Italy coach, Roberto Mancini, stated this Tuesday, on the

Representatives of entities in the electricity sector once again defended,

A masterclass by Spanish artist Daniel Canogar on art, science and technology

Mancini predicts “a great game” at Wembley between Italy and Argentina

Roberto Mancini, coach of the ‘azzurra’, assured in the preview of tomorrow’s Italy-Argentina match at Wembley

Insigne leaves Napoli but continues with the ‘azzurra’

At 30 years old, Lorenzo Insigne leaves Napoli to land in the MLS at the hands

Bonucci, the new ‘captain’: “The World Cup still hurts us a lot”

Leonardo Bonucci will collect this Wednesday, in the Finalissima that Italy will play tomorrow against Argentina

“Messi is a much better player now than before”

The coach of the Argentine soccer team, Lionel Scallonipraised this Monday the footballing maturity of the