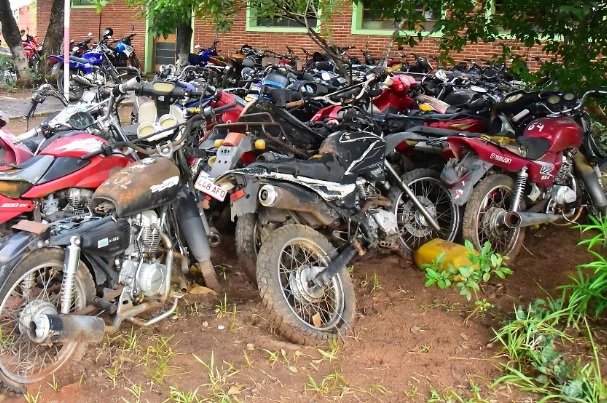 Through an edict published in written media, the municipality of San Lorenzo announced the destruction of seized vehicles that have not yet been removed.

The mayor of San Lorenzo, Felipe Salomón, confirmed in an interview with GEN/Nación Media that there are motorcycles that have not been removed by their owners so far and occupy unnecessary space in the municipal warehouse.

There would be around 800 bicycles that are in this situation, many of them already in unusable conditions after having spent between 8 to 10 years out of service.

The property where the motorcycles are currently located is expected to be used as a future municipal workshop, which is why the commune has decided to make room through this determination.

“For several years this scrap has been collecting, we have no choice but to destroy it,” he emphasized.

Salomón recalled that the owners will be able to withdraw their respective vehicles after paying the fine that had been applied at the time.

🛵 They urge owners of seized vehicles to remove them by paying the fine, or they will be destroyed.

🎙 We dialogue with Felipe Solomon, Mayor of San Lorenzo.

The entrance San Lorenzo: municipality announces destruction of motorcycles that are not removed by their owners was first published in diary TODAY.

San Lorenzo: municipality announces destruction of motorcycles that are not removed by their owners

Through an edict published in written media, the municipality of

Lacalle Pou: “The way to protect my people is by opening ourselves up to the world”

The President of the Republic, Luis Lacalle Pou, spoke at

Lack of direction and disinterest in the Mercosur Summit

Resimple Mobile Platform of the SET will provide services in Concepción

Santi’s photographer summed up in the EBY for planillerismo had 51 rest days of 143 working days and at the same time she appeared in political acts.

Today, the official of the Yacyretá Binational Entity, a photographer from Santi Peña, Fátima Saucedo, attended