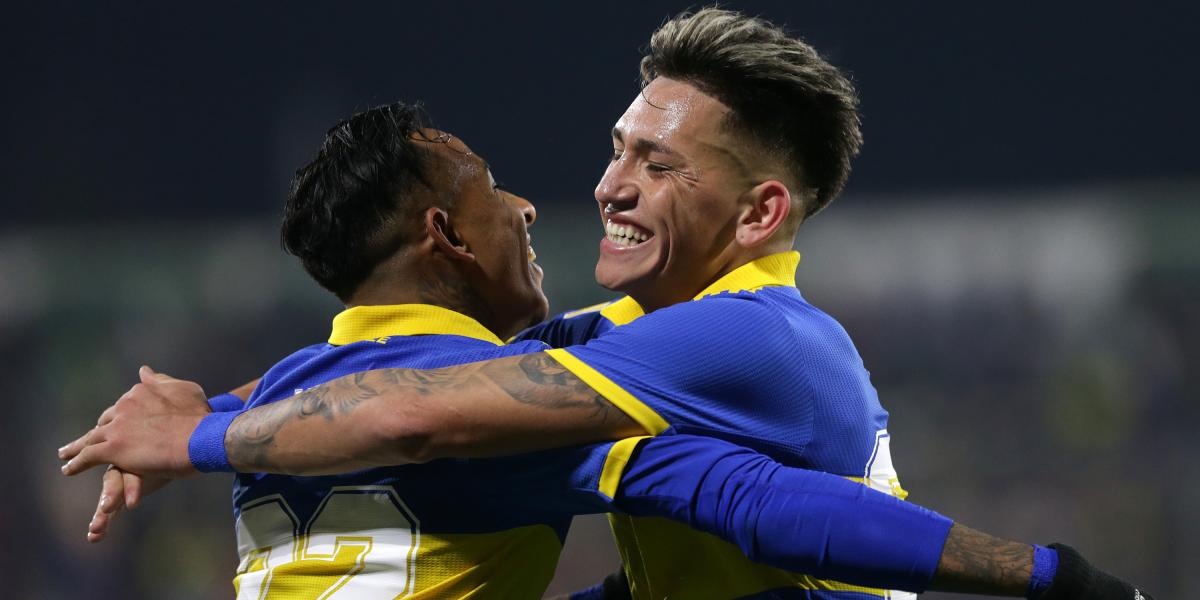 River won with authority 3-0 against Central Córdoba and Mouth achieved an agonizing away win by 0-1 against Defense and Justice in two of the outstanding matches of the fifteenth day of the Professional League Tournament of Argentine soccer that will be completed between Monday and Tuesday.

The ‘Millionaire’ gave a blow of authority at home this Sunday and won 3-0 against Central Cordoba with goals from Pablo Solari, Colombian Miguel Borja and Bruno Zucculini to recover ground and reach 25 points that left him in fifth place, four behind the leader Atlético Tucumán.

With a flurry of goals in the first fifteen minutes and a good performance, the team from Marcelo Gallardo He added his seventh victory against a crowded Monumental stadium that again excited the ‘millionaire’ supporters with fighting for the title.

Meanwhile, in the last shift this Sunday, Boca Juniors achieved a victory ‘in extremis’ against Defense and Justice with a goal from youthful Luis Vázquez in the 92nd minute.

After two consecutive draws, the team led by Hugo Ibarra He returned to victory to collect 23 points and settle into eighth position in the standings.

In another of the matches of this fifteenth day, on Saturday Huracán beat Newell’s Old Boys 1-0 with a goal from the Uruguayan Martín Cóccaro, from a penalty, to climb to third position with 27 units.

Meanwhile, on the same Saturday Colón beat Tigre 2-1 to improve a bad campaign that had precipitated the departure of coach Sergio Rondina, while on Sunday Lanús came out as losers and won 1-0 against Arsenal de Sarandí , while Godoy Cruz and Independiente sealed a 1-1 draw in Mendoza.

This day will be completed between Monday and Tuesday with highlights this last day between the presentation of the leader Atlético Tucumán at home against Barracas Central, the escort Gimnasia in La Plata against Aldosivi and the exalted Argentinos in Paraná against the Board.

On Monday, meanwhile, Racing Club and San Lorenzo will play the classic of the date, in a menu of matches that will include four other duels: Estudiantes-Unión, Rosario Central-Banfield, Platense-Talleres and Vélez-Sarmiento.

River scores with authority and Boca achieves a victory ‘in extremis’

River won with authority 3-0 against Central Córdoba and Mouth

The challenge of recovering the railway tradition in Chile

New trains, new services and new stations. These were some

Digital currency in Colombia, a proposal with more doubts than certainties?

Colombia analyzes the possibility of issuing a digital currency. Recently

The scratched of Monterey tied goalless this Saturday with the Tigers UANLhis fiercest rival, and jumped

Independiente del Valle is leader in the Ecuador Cup

The Sao Paulo joined Flamengo, Corinhtians and Fluminense on Thursday in qualifying for the semi-final of

Maleck will remain free: “They spit in our faces again”