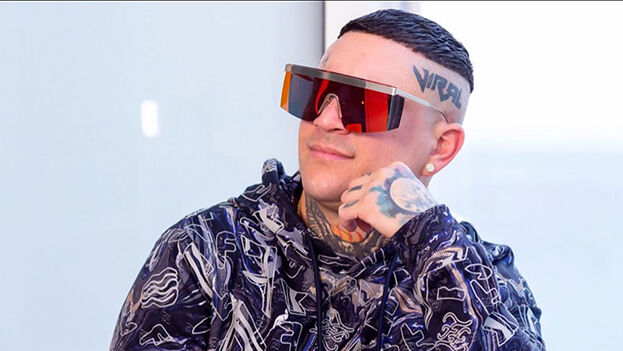 (EFE).- The Cuban reggaeton singer Osmani García, known as “La Voz”, recorded a video clip for his new song, “KKanel”, this Friday on a street in Miami’s Little Havana, with some 40 people who demonstrated in this way his rejection of the Cuban president, Miguel Díaz-Canel.

For the video, García and those who attended his call danced improvisedly to the rhythm of the song and to the accompaniment of a musical group while shouting slogans against Díaz-Canel and the “dictatorship.” At the same time they asked for freedom for political prisoners.

In their hands they carried rolls of toilet paper with a photo of the Cuban president, which “The Voice” gave them as they arrived at the makeshift recording set, located next to a monument to those who died in the Bay of Pigs invasion in 1961.

The song contains several insults to Díaz-Canel and the late leader of the Cuban revolution, Fidel Castro. In turn, he denounces that “children have nothing to eat in Cuba.”

“My Cuban people deserve to have food, medicines, and freedom of expression, basic things that any human being should have”

“They know they have our support,” said Osmani García before the cameras in a message to the Cubans on the island, in which he had words for imprisoned artists Maikel Castillo “El Osorbo”, Luis Manuel Otero Alcántara and other “friends”.

As he said, “those of us who escaped must be the voice of those who are still on the island experiencing hardships and without freedom.”

The singer mentioned the first anniversary of the July 11 anti-government protests in Cuba and said that on that day he will be in Washington supporting those who are asking for changes on the island.

His goal with “KKnel” is to help Cubans claim “electricity, food and human rights.”

Before moving to the US, Osmani García Gonzalez had several controversies with the Cuban authorities due to the lyrics of his songs, such as “Chupi Chupi”, which was classified as a “blatant ode to oral sex” and was denounced as “degenerate”. “.

In a statement about “KKnel” he said that he dedicates the song to Díaz-Canel, whom he described as a “murderer”, and assured that he will not give up until he can see that human rights are respected on the island.

“My Cuban people deserve to have food, medicine, and freedom of expression, basic things that any human being should have,” he stressed.

Belarusian President Alexandre Lukashenko said on Saturday that his army

This Saturday morning, the opposition Mayor’s Office of Santa María

There are deputies who have to ‘get them

The residents of El Condado, in Santa Clara, accuse the Police of the death of a 17-year-old boy

(EFE).- The Mexican team beat Cuba 75-66 this Friday, with which they established themselves in second

Cuba under the table: "shortage"

In this fourth episode, the shortage in Cuba is addressed: Guests: Luz Escobar, independent journalist and

(EFE).- The Cuban Institute of Meteorology issued this Friday the first tropical cyclone warning before the

I live in Taguayabón, near Camajuaní, in Villa Clara, and for months I have been waiting