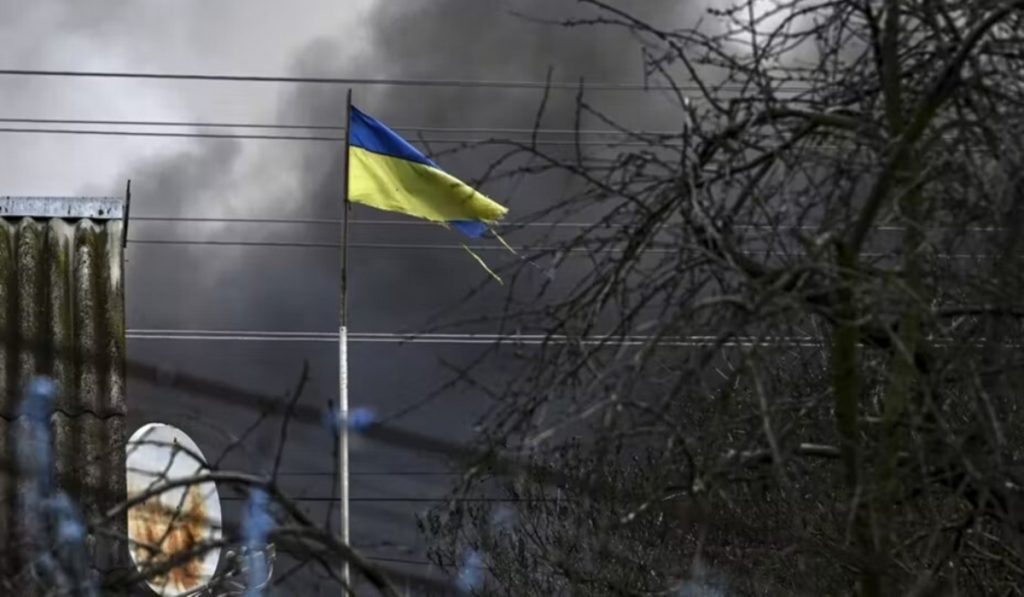 Sergei Lavrov said referring to a possible Third World War that “the danger is serious, it is real, it cannot be underestimated”. Sometimes I have the feeling that, in addition to being perverse, Putin and his power structures take us for clumsy. As we have already said many times, this is an invasion; In other words, it is the cruel violation of a country and a people, leading to the murder of civilians including children, the elderly and the sick, torture, kidnapping, rape of women and the destruction of homes, infrastructure, businesses and all kinds of buildings. .

Russia, commanded by Putin is bluffing, sticking out his chest as if he were the world power that never was and even less so now, they are braggarts, they lie when they say. Lavrov is like a neighborhood rapist who in a certain area enjoys an absurd and consensual impunity, he warns us that either we let him do what he wants or he is going to rape as many women and children as he wants and can. As his outrages have some opposition, he reiterates telling us to let him do what he wants as he wants or he will increase the damage to unsuspected limits. If the neighborhood is organized with total security he will be arrested and imprisoned, but he is sure that he has the capacity to inflict some damage, so he demands, in exchange for nothing, to have the right of pernada. His thesis is that nobody wants a World War, which is true, and it is not even clear that he is convenient for Russia, or even that he has the capacity to start it. What is certain is that any action by Russia against the West would end with its total and unmitigated defeat.

The experience of Hitler and World War II tells us that looking the other way is useless. Giving in to Germany and Stalin becoming Hitler’s partner did nothing to prevent German troops from invading Russia. Yesterday another of Putin’s associates, Kim Jong-un, an outstanding student in threats and nonsense, said that whoever confronts them militarily “will cease to exist.” No one has the slightest interest in attacking North Korea, it does not seem that they have great military power and to top it off the only ones who are somehow aggressive invaders and criminals against humanity are their partners, all of them, dictatorial countries, cheats and thugs .

The country published an interview conducted by Jacinto Antón with film director Oliver Stone in which he entitled “The Putin I knew is not the crazy, irresponsible and murderer that the media present today.” What do you mean by that? That Putin has not invaded Ukraine, that the Russian Army does not kill civilians, torture people or rape women with the consent of their chiefs and military commanders? This can only be said by a fool or a scoundrel. As it seems that due to his very clumsy professional development it should not be, it will be that he is in favor and endorses the criminal actions of the Putin Army.

Unfortunately, the cheats have an advantage, if you tell and tell the truth in Russia about what is happening with the invasion of Ukraine you can be persecuted, imprisoned or even possibly killed, on the other hand in the West within the democratic countries, even if you lie and speak against the actions of your respective government without reason nothing happens to you. In certain sectors, media and social groups you can look good and even shock, that is, cause astonishment or admiration. As we have already repeated many times, in the invasion of Ukraine it is clear, demonstrated, thanks to real-time communication, that Putin is the rapist and Ukraine is the victim. Whoever supports Putin is an accomplice to his crimes and whoever exalts his crimes makes an apology for the crime.

Days ago, Secretary of State Anthony Blinken and Secretary of Defense Lloyd Austin visited kyiv and met with President Zelensky. This visit demonstrates two facts, the West’s support for Ukraine and its cause, and the control and security in its capital with the entry and exit of world political leaders of great importance and relevance. During his visit, the head of the North American Diplomacy announced, as other countries did previously, that he will imminently reopen his diplomatic mission. The Pentagon chief expressed his wish that “Russia is weakened to the point where she cannot repeat things like invading Ukraine.” In this official trip of the US authorities to kyiv, as other Western leaders have already done, they promised to deliver more weapons. Today, the 62nd day of the invasion, Austin has met with the commanders of 40 allied countries at the Ramstein military base in Germany, to organize support for Ukraine and structure the defense bases of Europe. There he said: “Ukraine believes it can win and all of us here believe the same.” He compared the defense of Ukraine to two World War II battles, the 36-day Battle of Iwo Jima in the Pacific and the 40-day Battle of the Bulge in Western Europe. At that meeting, NATO Secretary General Jens Stoltenberg said that the invasion “has entered a new phase”, more than 30 countries have announced aid for more than 5,000 million dollars.

Germany, through its Defense Minister, Christine Lambrecht, announced a change in its cooperation policy with Ukraine and confirmed the shipment of heavy weapons. Also today, the German Economy and Energy Minister, Robert Habeck, announced that the (oil and gas) embargo has become manageable for Germany, reported that they had managed to reduce dependence on Russian oil from 35% before the invasion to the current 12%. We can say that everything is going little by little, on the right track. In Austin’s words: “We will help Ukraine win the war today and rebuild tomorrow (…) the next few weeks will be decisive.”

The reality has changed, in the first days of the invasion everything seemed in favor of Russia, over time, mainly thanks to the reaction of the Ukrainian people and their leader Zelensky, I expressed it in my political diary of the invasion as The inflection pointTogether with the support of the West, victory could be thought of. Now, if we continue down the same path and the West does not betray, Russia’s defeat is most likely. Lavrov is almost ordering arnica. He is beginning to realize that the supposed deal that Russia wants and needs, in Putin’s view, does not look like it will be accepted by Ukraine. In a few days, he will realize that the only solution for Russia is to agree to a complete withdrawal from Ukraine, including Crimea, and to compensate them for infrastructure and civil damages. That for Putin, in addition to being a defeat, means his departure from power in the short or medium term.

For one day, let us dream of the defeat of Russia, its repercussion in the world and the weakening of the clan of Russia and China formed by the dictatorial countries, cheats and thugs of the world, imperialists, nationalists and responsible for most of the world’s problems. .

These days, Elon Musk has bought the majority of the capital of Twitter and has taken control of the company. One of the first things he intends to do is eliminate bots, false automated accounts used to influence public opinion through computer programming by creating false personalities en masse. As it seems proven, the largest bot factory is in Russia with the collaboration of countries like Venezuela, Cuba and Nicaragua, that is, the crime and the trap are always from the same group, Putin’s partners. Dorsey, co-founder of Twitter, has expressed his pleasure at Musk’s arrival at his company.

Strange and inappropriate things still happen in everything related to the invasion of Ukraine. What is António Guterres, Secretary General of the UN, doing, visiting and serving the interests of Russia and Putin, rapist of Ukraine, before the victims? There are attitudes that seem more collaborationist with murderers and criminals than with caring for and supporting those killed and victims of a criminal invasion against humanity.

Cuba: 268 victims of repression in November

MADRID, Spain.- Incidents of repression by the Cuban regime experienced

Meanwhile, for each tobacco cigarette the IEPS fee went from

A chilling discovery reveals the possible face of Jack the Ripper

Members of the Police College found a cane with a

The President of the Bolivarian Republic of Venezuela, Nicolás Maduro, expressed this Wednesday that the greatest

Hard Rock Cafe left Venezuela in 2020 after approximately 10 years in the country, after the

«From the depths of my soul, I am proud of the Bolivarian National Armed Forces that

In 2022, 1,240 deaths due to police intervention were registered in Venezuela

The organization estimates that Venezuela remains among the top three most violent countries in Latin America.

From the facilities of the Ministry of Popular Power for Defense, in greeting the members of