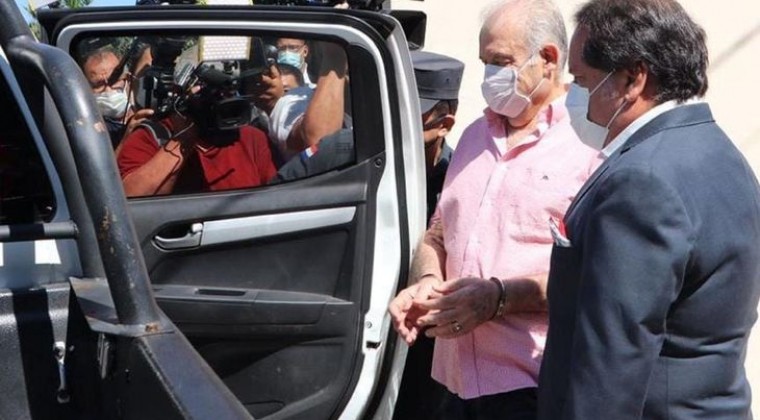 Judge Portillo was the president of the Economic Crimes Sentencing Court that managed to convict Óscar González Daher (already deceased) and his son Rubén González Cháves, later, in another proceeding, she also convicted Ramón González Daher and his son Fernando González Karjallo.

In this way, Judge Yolanda Portillo was replaced in the Sentencing Court by her colleague Cándida Fleitas. Portillo goes on to perform work in an ordinary court.

From the Court no explanations were given for the sudden change and only through a resolution is it mentioned that everything is about a judicial reorganization, but it will be that it is a punishment for the work of the judge.

The entrance Punishment?: The Court changes the judge who sentenced members of the González Daher clan was first published in diary TODAY.

Punishment?: The Court changes the judge who sentenced members of the González Daher clan

Judge Portillo was the president of the Economic Crimes Sentencing

Within the framework of the celebration of the “Shopping Day”

Tropical wave could become a cyclone will affect the DR

The National Meteorology Office (Onamet) reported that from this Friday

Three soldiers are charged with homicide during the Mesuca operation

The Public Ministry processed an arrest warrant against three soldiers

The American Jim Capobianco, one of the most prestigious animation screenwriters and creators, is looking for

The Chamber of Senators accepted the Executive’s veto on Bill No. 6963 “That modifies and expands

CDE: They charge a woman who would have tried to kill her 10-month-old son

Prosecutor Vivian Coronel, from the Specialized Unit for punishable acts against children and adolescents, filed charges