The west of Caracas, the historical bastion of Chavismo and the operational headquarters of the Public Powers, was taken over by a group of protesters outraged at the undermining of their rights at the hands of the “worker president”, Nicolás Maduro.

Murmurs were heard in the vicinity of Baralt Avenue. Passers-by, surprised by the heavy vehicular traffic and the irregularly high flow of people along the avenue, wondered what was happening.

“What is out there, that there is so much chaos?” asked a citizen on the sidewalks of the avenue. “There is a march of public workers,” replied a man who was coming down from the concentration in the historic Esquina de Salas, next to the Ministry of Education, an entity to which many of the workers who were preparing to march during the day depend.

The call was made at 10:00 am. Punctually, a group of more than 50 people gathered at the aforementioned corner, occupying the sidewalks so as not to block the road before it was necessary.

The troops recorded videos of everything that happened from different angles, allowing unprotected public workers —including national security forces— to march, but never without watching their every move.

As the minutes passed, the concentration was taking shape. More people joined the group and began to take José Vicente Rangel Avenue, transversal to Baralt.

Around 11:00 am the engines of the march began to fire up. One of the leaders of the demonstration, university professor Telémaco Figueroa —former constituent and former Chavismo trade unionist— explained the objectives of the day: to demand a response from the Constitutional Chamber of the Supreme Court of Justice (TSJ) regarding a constitutional protection introduced on the 13th of May 2022 against the so-called “Onapre instructions”.

At 10:50, under a scorching sun, more than 100 workers definitely took the avenue to begin their almost one-kilometer journey to the governing body of the Judicial Power in the country.

“We are not parading, we are protesting. The instructional Onapre, who is stealing from us”, sang the workers escorted by police officers, who ordered traffic to be redirected as the protesters occupied the streets. 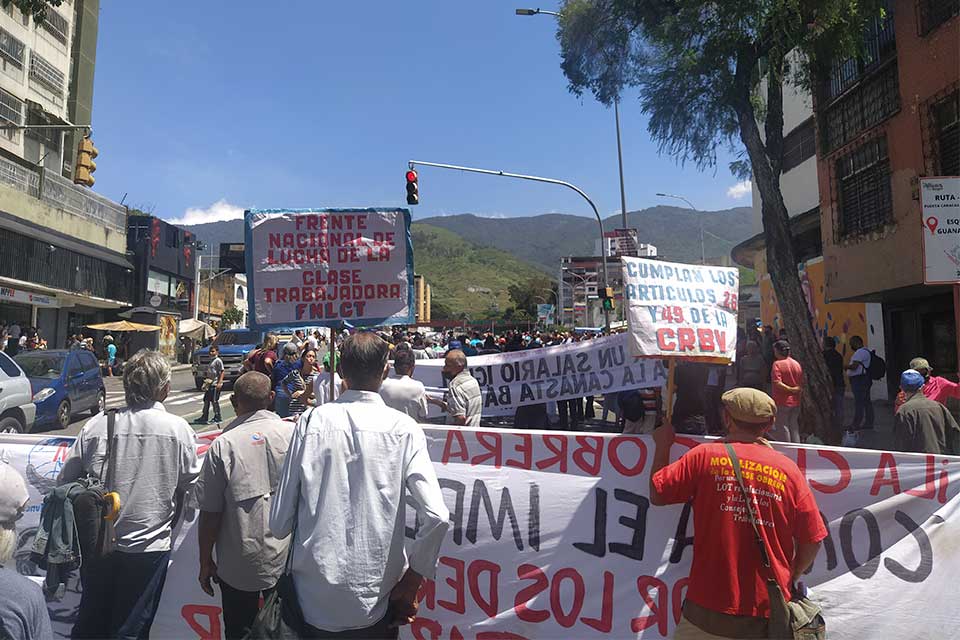 Arriving at 11:00 am, the group took Baralt Avenue, Chavismo’s old symbol of “resistance”, now used to convey the anger of dozens of workers who feel betrayed by Chavismo.

The slogans were not contemplated even with the police, because despite the fact that this time they collaborated with the mobilization, in the collective memory of the Venezuelan there remain memories of the actions that have so many times oppressed the people who try to protest against an abusive government.

“The street belongs to the people, not the police,” the group intoned as they climbed the Baralt. An officer with the surname Garcia joked with the trade unionists, “Are we not a people?” he wondered.

Meanwhile, a folder passed from hand to hand among the attendees. In it, there was a letter addressed to the president of the TSJ, magistrate Gladys Gutiérrez, in which she denounced the “denial of justice” to which public administration workers had been subjected thanks to the rulings of the Political Chamber. Administrative that dismissed the appeals for annulment introduced by trade unionists and universities to demand the repeal of the Onapre instructions.

The document collected the signatures of the demonstrators, who intended to deliver it to some authority of the Judicial Power. When the time came, at 11:30 am, the group finally prostrated themselves in front of the headquarters of the TSJ with the demand that a magistrate attend them personally.

While they waited for the magistrates to show their faces, they received the support of citizens passing by.

The labor camaraderie reached its peak when a Supra Caracas gang, aboard a garbage truck, stopped for a few seconds on the avenue, at the height of the group of protesters. The workers of Supra Caracas, also punished by Chavismo’s salary policy, raised their fists in support and continued on their way. «Those throw a world. It has hit them hard, “argued one of the protesters in response to the gesture.

After a 15-minute wait, a magistrate appeared before the protesters. It was Cilio Sánchez Zerpa, a member of the Social Cassation Chamber.

The official was approached by the union leaders Eduardo Sánchez, president of the Federation of University Workers of Venezuela (Fetraesuv), the former constituent Telémaco Figueroa and the secretary of Academic Affairs of the Association of Professors of the Central University of Venezuela (UCV), José Gregory Afonso.

Each one of the representatives of the demonstration addressed their complaints and arguments to Sánchez, who received the document signed by the protesters and authorized the entry into the building of a commission headed by the lawyer Eduardo Torres, whose objective was to file an amparo appeal before the Constitutional Chamber against the ruling of the Political-Administrative Chamber that dismissed the workers’ appeal for annulment. 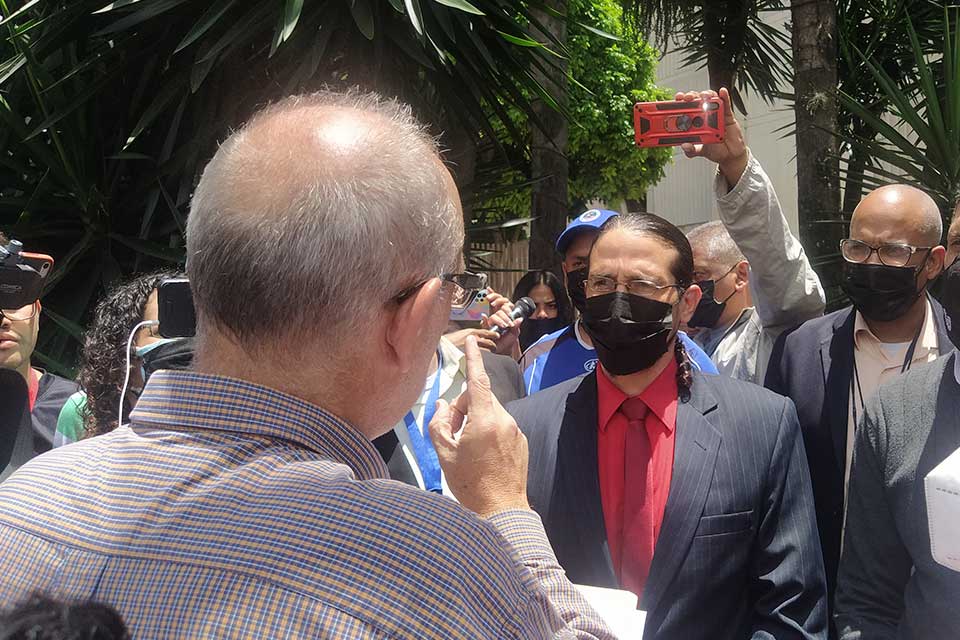 Lawyer Jim Albornoz, who is part of the union leaders’ team of lawyers, told TalCual that the amparo appeal seeks the immediate restitution of violated labor rights and a prompt response is expected from the Constitutional Court.

“The constitutional appeals for amparo must come out immediately because it is a process for violated rights that the Constitution enshrines. It should not take more than 48 hours. We hope that the response respects the constitutional precepts and recognizes that the sentence violated the fundamental rights of workers », he explained.

With the entrance of the commission of representatives of the labor sector to the building, the concentration began to dissipate, but not before Eduardo Sánchez, from Fetraesuv, reported that a new demonstration would be announced in the street next week. “The street doesn’t let go,” he exclaimed.

They highlight advances for the sector such as the construction

The dollar began 2023 with two consecutive falls. The currency

Venezuela and Poland will sign an agreement to strengthen cruise tourism

Venezuela and Poland will sign an agreement on January 5

The price of meat continues to slow down, even below inflation

In a complex economic context resulting from the severe drought

PAMI launched gastronomy and CPR courses for retirees and retirees

Venezuela and Poland will sign an agreement to strengthen cruise tourism

They carry out maintenance to public spaces in Caracas

After the Christmas celebrations, the work crews of the Caracas Mayor’s Office began a deployment in

Alemán: Real impulse of laws of the AN is the participation of the people