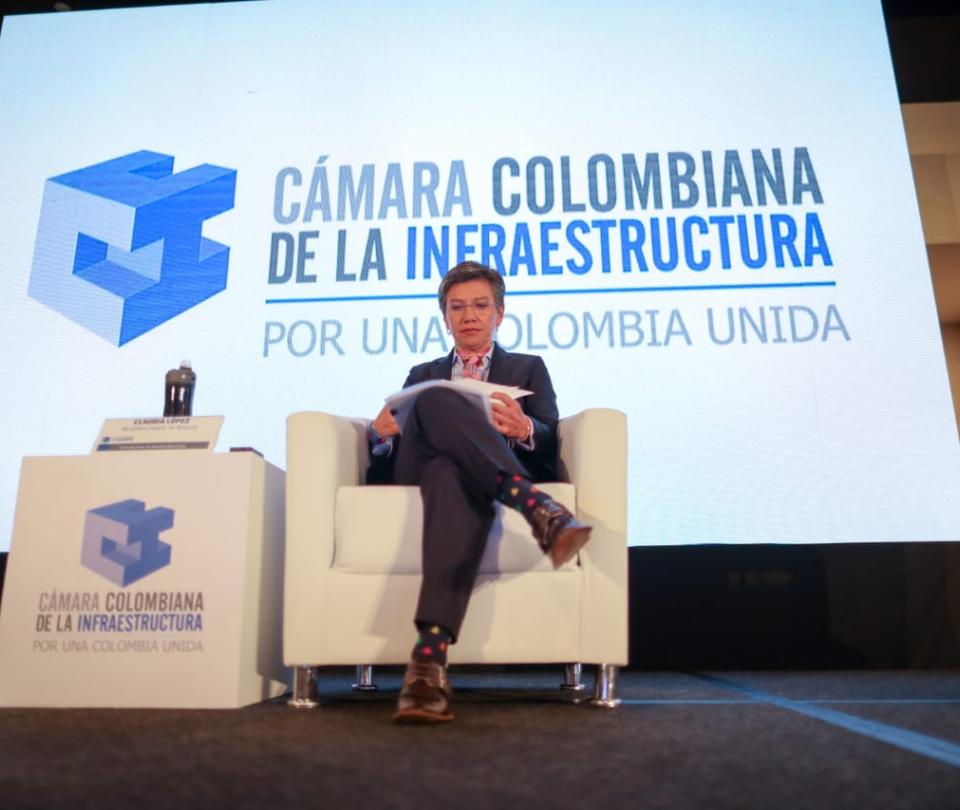 In this way, Judge Samuel Palacios Oviedo agreed to the request of the former Secretary of Government and today Senator-elect Miguel Uribe Turbay, who had demanded the district decree in mid-February.

(By POT housing will be sought outside of Bogotá: Camacol).

“Decree the provisional suspension of the effects of District Decree 555 of 2021 by which the general review of the Territorial Planning Plan of Bogotá DC is adopted, issued by the Mayoress Mayor of Bogotá DC”, the judge noted in his decision.

Miguel Uribe had indicated in the lawsuit that “Claudia López issued the Territorial Ordering Plan without legal competence, putting the economic reactivation at risk and destroying the city’s planning.” Last night, Uribe insisted on pointing out that the president did not have the legal power to issue the POT by decree and that the provisional measure implies that while the substantive decision is made, the effects of the POT are suspended, “to avoid irreparable damage to the city”.

“What the judge’s decision indicates is that he sees the reasons to suspend the decree, taking into account that my legal argument was forceful and well prepared,” said Uribe Turbay.

In the same sense, Alejandro Callejas, manager of Camacol Bogotá and Cundinamarca, referred, who said that “a decision like this leaves us with a firm norm with which we can work, which are the ones that came with decree 190 and all the decrees complementary.

“What we must begin to discuss in depth is what type of reforms we have to make so that the territorial order works better. Behind all this we have to look for the opportunity to find a way out so that we can do this in consensus and it can go well”.

(Why Claudia could issue POT by decree and Peñalosa and Petro not).

Indeed, according to Uribe and Callejas, while the court makes a substantive decision, what is appropriate is that it applies from today decree 190 of 2004, through which the previous Land Management Plan was issued.

A source from the mayor’s office anticipated that they will file the appeal before the Administrative Court of Cundinamarca and that while the appeal is resolved, Decree 555 will not apply.

Councilwoman Lucía Bastidas, who during the debates in the Council warned of her rejection of it being issued by decree, pointed out that “What starts wrong, finish wrong. The POT kicked out by Claudia López had no participation and has underlying errors that affect the construction of housing in the city, the agreement presented with the CAR is different from the one brought to the Council and that is violating the law. Win the city.”

The mayor issued decree 555 after the 90 days that the Council had to debate and vote on the POT project presented in September 2021 by the district administration were completed. Faced with the barrage of challenges and impediments against councillors, the initiative could not be discussed even in the Plan Commission, to which the process of the project corresponded, although it had two of the three positive papers.

There were 92 impediments, 66 challenges and one dismissal and at least five guardianships that were filed against the discussion. Due to this situation, the text presented by the Mayor’s Office did not reach the plenary session of the district council. Given this scenario, the mayor Claudia López decided to issue at the end of last year the decree by which the POT is adopted, valid for at least 12 years.

“Unfortunately, after the deadline that the law gives the Council, 90 days to adopt a substantive decision, the three positive proposals were not debated or adopted. Given this lack of decision, the law grants the mayor’s office the power to adopt the revision of the Land Use Plan by decree. We are exercising that legal and constitutional power today,” explained the president the day after the signing of decree 555.

Sources from the District Administration explained at the time that the issuance of the POT by decree was based on article 12 of Law 810 of 2003, which establishes that “If the council does not approve the initiative within ninety (90) calendar days, the mayor may do so by decree.” However, there were voices indicating that this instance had not yet been reached because the wave of challenges and impediments did not allow the Council to discuss or vote on the project.

López also pointed out that Bogotá has “10 years without a goal, without a commitment and without a vision of the city, 10 years stumbling”and that this is what is going to be overcome with decree 555. “We have a city from 2021 with a plan from 2004.

Obviously, it is an outdated plan, a plan that does not reflect the needs of its inhabitants”, he reiterated, and then pointed out that the time has come to resolve the city’s historical conflicts, to make decisions and to execute instead of discussing.

The president signed the decree despite the fact that several unions and councilors asked that she present it again so that the project could be widely discussed and approved by consensus. In fact, the firm originated a series of criticisms against the new norm and the mayor. Both unions and academics and politicians lamented that the city’s roadmap for the next few years has not come out of the agreement, as they claimed, and warned that said text has “errors” and “inconsistencies.”

Initially, the fifth court did not admit the claim until a copy of the decree was provided. The then candidate for the Senate had provided a link to access the document on the website of the General Secretariat. In the support order, the judge had given 10 days, counted from the notification, to remedy the claim, a fact that was fulfilled and the appeal could continue its processing.

With Miguel Uribe Turbay’s lawsuit, there are five actions that have been filed against the POT by decree of Mayor Claudia López. That of the former councilor and elected representative to the Chamber for Bogotá Carolina Arbeláez has also been admitted. She also asks for provisional suspension. However, in this case there has been no decision.

The Fifth Oral Administrative Court of Bogotá provisionally suspended the

Can they cut off my water for non-payment in CDMX? This says the law

For non-home userssuch as offices, restaurants, shops or any outlet

The Primary Care Section of the Anti-Corruption Prosecutor of the

How to pay domestic workers the June premium

In the month of June, the payment of the first service premium of the year must

Daniela Ospinais undoubtedly one of the strongholds of modeling in the country, because at 29 years

Bitcoin without a floor: cryptocurrency loses 33% in nine days

Bitcoin, the most well-known cryptocurrency on the market, continues in free fall, and this Wednesday it

They captured one of the main drug dealers in Tenjo

The authorities in Tenjo, Cundinamarca, announced that as a result of the operations carried out in