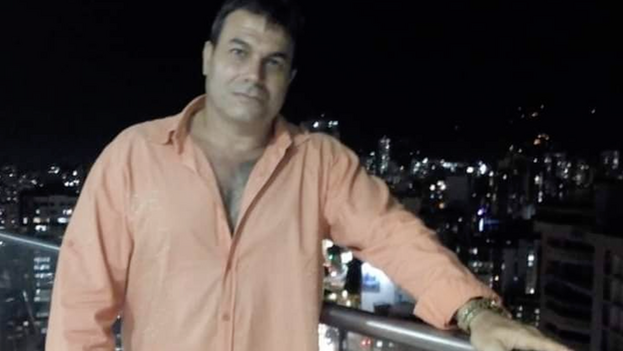 He left Cuba in 2019 after suffering pressure for opposing the new Constitution and now, from Colombia, he leads a petition on-line calling for an end to compulsory military service on the island. Carlos Miguel Mateos Rosaenz talks with 14ymedio about the reasons that led him to promote an initiative that has already collected more than 2,000 signatures.

“So that the lives of our young people do not continue to be sacrificed to a dictatorship that has turned Cuba into a failed state,” begins the brief text that Mateos Rosaenz published on the platform last Wednesday. change.org. Those few lines have touched consciences and exposed the popular rejection of the recruitment of young people.

The death of at least four young recruits in the fire at the Matanzas Supertanker Base gave this 49-year-old émigré the final push to publish the petition, but he was also motivated by the concern of many mothers he knows on the Island. “whose children are about to enter compulsory military service.”

He described the regime as badly in need of “maintaining an army that only serves to perpetuate a corrupt and murderous mafia in power by repressing the people.”

His experience in military service marked him in a very negative way and now he regrets that these young people have died because of “the irresponsibility and mediocrity of the dictators”. on demand in change.org he described the regime as also badly in need of “maintaining an army that only serves to perpetuate a corrupt and murderous mafia in power repressing the people.”

Mateos Rosaenz clarifies that “the petition is not addressed to the Cuban authorities,” to whom he does not even grant any authority. “Rather, it is aimed at creating awareness among Cubans inside and outside regarding one of the many problems we have.” He wants the initiative to reach as many people as possible and to support parents so that “they don’t send their children to die or to repress the people in rebellion.”

“I don’t think it will lead dictators to do anything, if they weren’t dictators, but at least it will create pressure, it will inform, it will move wills.” But even if he has only discreet results, Mateos Rosaenz will be elated: “If I manage to save a single boy in Cuba from these things, I’ll be satisfied.”

For this man, who considers himself a political exile in Colombia, his collection of signatures was something that was going to happen at any moment. “I have no more credit than that I came up with the idea of ​​the petition. If I hadn’t done it, any other Cuban would have done it.” Since he published the request, “attacks by cybercriminals on the networks” have rained down on him, but he is not intimidated. “His attacks from him to me are compliments, and show me that I’m right”

Now, while he keeps giving massages, doing acupuncture therapy and teaching martial arts, Mateos Rosaenz keeps his eye on the page where the number of people who join his claim is growing every hour. At the bottom of the text that he published, a signer has left a brief message: “We do not need an army. We have no enemies, the real enemy is the Cuban regime.”

He left Cuba in 2019 after suffering pressure for opposing

S&P maintains Argentina’s rating at CCC+, with a stable outlook

The financial rating agency S&P maintained this Friday the note

Nicaragua: Ortega Bans Procession of Our Lady of Fatima

They warn that Executive Decree No. 17 presents

S&P maintains Argentina’s rating at CCC+, with a stable outlook

The fire at the Matanzas Supertanker Base, not yet completely extinguished, has had a considerable impact

The Cuban Conflict Observatory (OCC) has organized the contest What do you know about Gaesa? who

The Cuban Government thanks Spain for sending medical supplies to Matanzas

(EFE).- The Cuban Government thanked Spain this Thursday for the donation of medicines and medical supplies

Early this Thursday morning, the inhabitants of Nuevo Vedado, in Havana, woke up startled by the