On the night of this Tuesday, January 24, the design of the new shirts of the Panamanian National Soccer Teams that they will use for the next four years and that is sponsored by the sportswear brand Reebok, was revealed.

In an act where the media were invited, this presentation of the clothing to be used at home was made, the red shirt with blue lines on its sleeves and neck, the Fepafut logo on the left side and the logo of the Fepafut on the right side. sponsor.

The away shirt in white with blue lines on the neck and sleeve.

The first to wear this new outfit will be the Women’s National Team and the Men’s Under-17 Team, which have commitments in the month of February. In the case of the Women’s National Team, they will be participating in the playoffs for the Australia-New Zealand Women’s World Cup and the youth teams from the Sub-17 will participate in the Pre-World Cup that will be held in Guatemala. 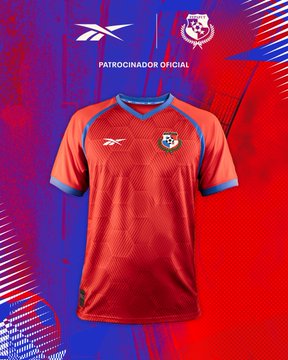 Almost Fifagate and the business of businessman AJ Vierci. The

Tacna: Protestants gather thousands of soles to travel to Lima and problems are generated

In the José Abelardo Quiñones square in the Alto district