Tension grows over the dispute over a private urban property. ORa mob of at least 200 people who have been for more than 40 days illegally seized the property of the Kim family, close to the Lomas de Arena area, attacked with sticks, stones and kicks a group of self-summoned neighbors who tried to get to the place with the intention of evicting the invaders. As a result, several people were injured, including the EL DEBER journalist Juan Carlos Fortún, that covered this fact. The police, who arrived at the scene, did not act as expected.

According to the images obtained by EL DEBER and other media, the self-summoned arrived at the place after 9:00 a.m. to proceed with the eviction of the invaders. They were men and women who said they would defend the private property, because It is an important aquifer reserve area for the city.

Nevertheless, these neighbors ran into a mob carrying sticks, firecrackers and even a machete. According to witnesses, the attackers began to burn tires and then set fire to the vegetation.

Hundreds of policemen who arrived at the scene were unable to prevent the confrontation between both sides.. What’s more, they assure that they acted more in favor of the oppressors than of the neighbors. Some motorized that were in the place also suffered damage.

An unidentified man had a noose around his neck and then punched and kicked him when he was on his knees.

It is not the first time that the group of overwhelming acts with violence. On Monday, he hit a worker at the Kim family property, called the Tourist Center. 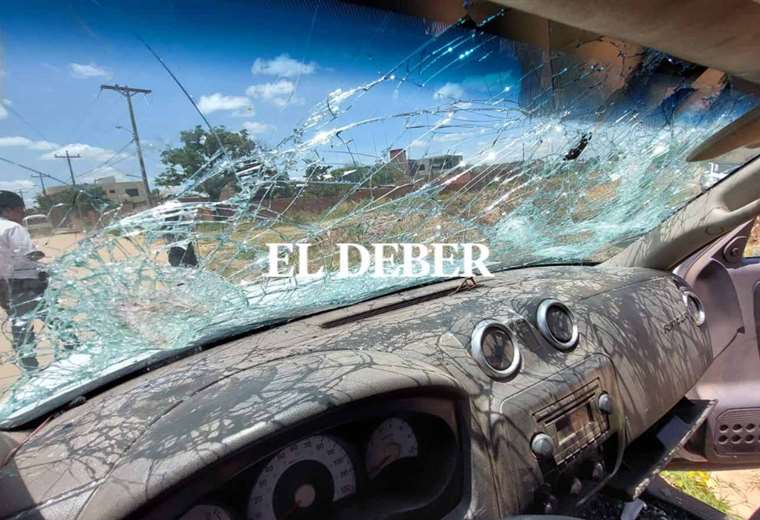 A vehicle was destroyed in the clashes with subjugators/Photo: EL DEBER

The shot was made in the second half of October. Given the constant complaints and violent acts, the judicial and police authorities did not evict this group of people. Despite the fact that there is even an environmental and administrative pause declared by the Departmental Government.

Tired of inaction on the part of the competent authorities, the neighbors called themselves through social networks to expel the bullies from the place.

The Police arrived and placed themselves in the middle of the groups, but did not use their weapons.chemical people to deter the brawl which had already been several minutes.

Firefighters also arrived at the scene to try to put out the fire on the invaded land that adjoins the Palmasola Refinery; however, they had to withdraw to protect their safety as the attacks did not stop.

“There was no action by the Police, what’s more, the troops stepped aside,” commented a photojournalist. It was just at that moment that the mob attacked the journalist from EL DEBER Juan Carlos Fortún, despite the fact that he was carrying his credential as a worker of this journalistic house. The journalist was knocked down and then received blows to the head, punches, and kicks. fortune was rescued by his colleagues and transferred to a medical center, where they sutured the wounds on his head. 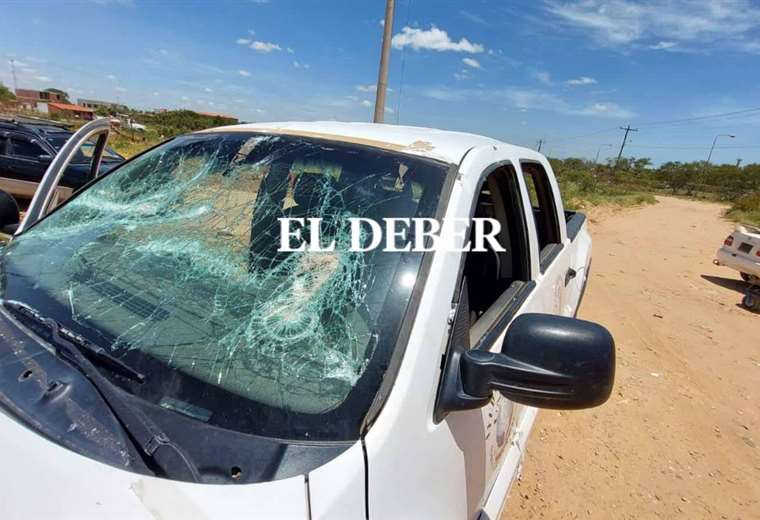 The communicator was not the only one injured, a man was held and beaten by the mob. The landlords said that they had seized bullets from him and that he was armed. So far it is not officially known if he was released.

Yellow, red, blue or purple? what color to wear for New Year?

In Santa Cruz, 50% of the Mypes paid a Christmas bonus, the other half agreed to give the benefit in installments or in merchandise