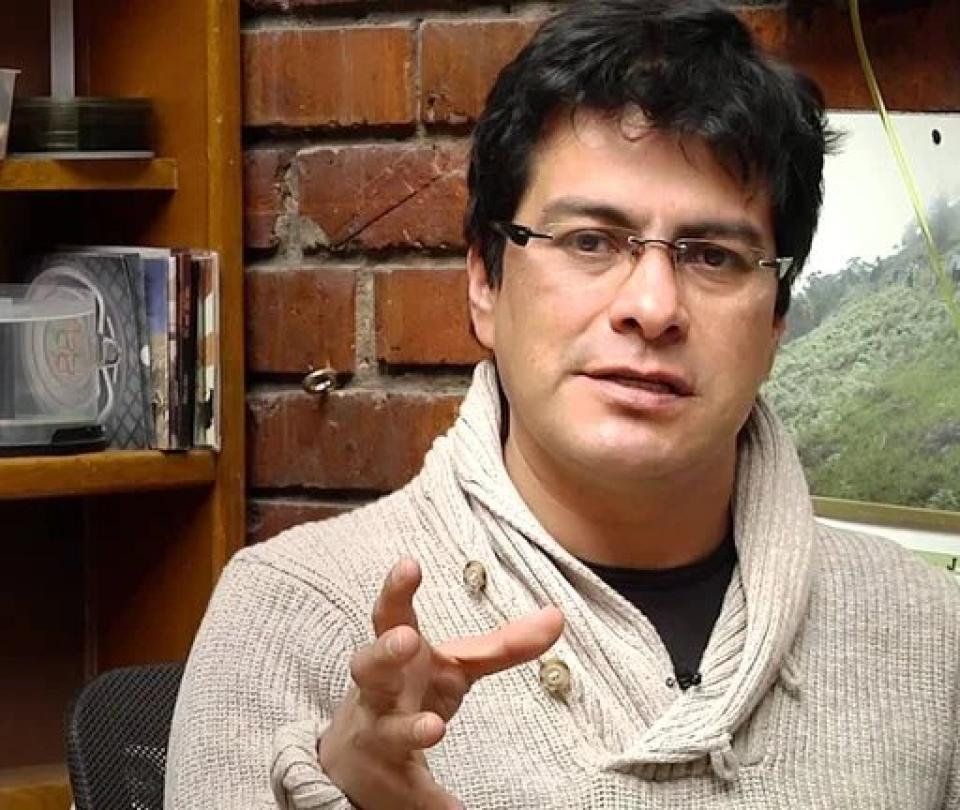 The human rights defender Daniel Wheel was designated by the elected president of Colombia, Gustavo Petro, as the next peace commissioner in his government that will begin on August 7, The president’s team reported this Monday.

Rueda was the director and representative of the Inter-Church Commission for Justice and Peace, a human rights NGO with more than 20 years of experience, and will now occupy the office of the High Commissioner for Peace, currently held by Juan Camilo Restrepo Gómez, and who is dedicated to advising the president on policy issues, negotiations and peace agreements.

Danilo Rueda, current director of the Inter-Church Commission for Justice and Peace, will be our Commissioner for Peace.

Rueda, who was threatened in the past for his work, was one of those starred in one of the great scandals of Petro’s election campaign, when the president-elect’s brother, Juan Fernando Petro, and the representative of the Inter-Church Justice and Peace Commission visited La Picota prison in Bogota.

There they met with extraditable prisoners in a piece of news that hit the press as a possible negotiation to reduce sentences, but that Rueda justified in the framework of the work of his NGO, which is to develop “extrajudicial conversations with various actors who have been responsible for the violence,” as he said in an interview with the newspaper El Espectador.

In this sense, the human rights defender has experience in this type of conversation and in establishing relationships that lead to possible negotiation scenarios to end conflicts with various armed groups.

(This is how Gustavo Petro’s cabinet is left).

Petro has proposed as one of the goals of his government to resume talks with the guerrillas of the National Liberation Army (ELN) that former President Juan Manuel Santos began in Ecuador and were later taken to Havana.

Nevertheless, These negotiations are broken, after this group attacked the General Santander Police School in January 2019.leaving 23 dead and dozens wounded, and they did not want to give in to the government’s requests.

The president-elect has also proposed a system of submission to justice for other groups such as the Clan del Golfo, the largest criminal gang in the country, and for dissidents from the extinct FARC guerrilla.

The human rights defender Daniel Wheel was designated by the

Pope Francis apologizes to the original peoples of Canada

Pope Francis apologized Monday for the wrong done to Canada’s

Mexico will face recession in 2023

“The Mexican economy faces a combination of unfavorable events: persistence

The Cabinet Council, meeting in an extraordinary session this Monday,

Pope Francis apologizes to the original peoples of Canada

Pico y placa in Bogotá: how will it work this Tuesday, July 26?

In Bogotá, this Tuesday, July 26, private vehicles with plates ending in an even number, that

According to experts, One of the main benefits of saving in dollars is the diversification of

Free pet sterilization in August, how to make an appointment?

Among the recommendations of veterinarians to maintain the health of dogs and cats, appears the sterilizationsurgery

Why minerals are important in the energy transition

It is not a land of giants, nor is it the entrance to the underworld of