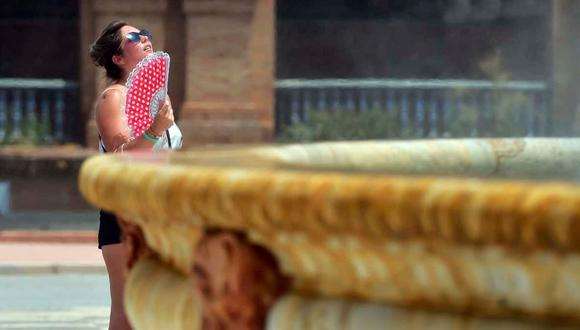 The heat wave that hit Spain for ten days caused the death of “more than 500 people”, The President of the Government, Pedro Sánchez, said this Wednesday during his visit to an area affected by a fire in the Aragón region (northeast).

“During this heat wave, according to the records, the data, more than 500 people have died.as a consequence of such high temperatures,” said Sánchez, referring to an estimate of the increase in mortality made by a public health institute.

“I ask citizens to take extreme precautions,” requested by the socialist president, who once again repeated that “the climatic emergency is a reality” and that “climate change kills”.

Sánchez already used similar terms on other occasions during this last heat wave that left highs of 45 degrees in some areas and fueled numerous fires that have destroyed tens of thousands of hectares throughout the country.

The number of dead that Sánchez cited is a reference to the estimates made by the public Institute Carlos III, which makes a statistical calculation of the increase in mortality caused by precise causes such as rising temperatures, comparing these figures with the historical statistical series.

The institute qualified these figures in recent days and stressed that it was a statistical estimate and not a record of official deaths.

Ortega rules out a dialogue with the US: “It’s putting a noose around your neck”

Daniel Ortega ruled out this Tuesday, July 19, in the

Which is healthier and cheaper: cooking with an air fryer or in the oven?

Dorado’s father wanders in search of his son, dead or alive

Cochabamba exceeds two thousand infections; It is the third consecutive day that concentrates the majority of cases

According to the RAE, a jester “is a comic character in charge of entertaining kings and