The lawyer Guillermo Olivera, Pedro Castillo’s lawyer, gave statements this Friday to the local media, where he explained the actions of the former president of Peru, after the decisions he made last Wednesday, November 7, where he ordered the dissolution of Congress and the formation of an “exception government”.

In the jurist’s opinion, the now dismissed ex-president read a speech that was “written by others, a few minutes before they gave him a drink.”

«The person who called me told me that they gave him a drink, an alleged water, and that after drinking the water he felt groggy. That’s why he read,” he asserted.

Castillo, currently faces a provisional detention of seven days after the ordinances carried out and it is expected that the investigations against him will continue by the Peruvian Prosecutor’s Office. 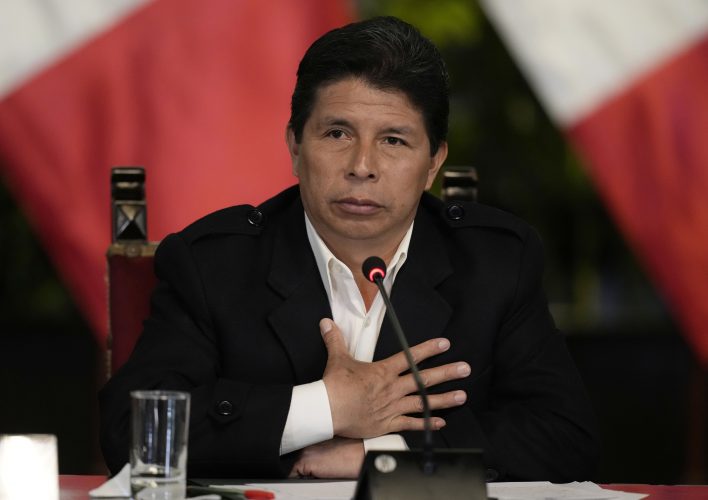 Jaris Almánzar: two months of coercion against his wife and son

Two months of pretrial detention are imposed against two people

The event in the early hours of the morning when,

The opposition deputy called an extraordinary session for this Friday,

Raverta called to “continue with what since 2004 allowed millions

Judith Pena | December 29, 2022 After having remained, for seven years, in charge of the

Iranian chess player Sara Khadem risks her life: she participates without the hijab in the World Cup in Kazakhstan

The Iranian chess player, Sara Khadem decided to participate in the Chess World Cup that takes

Video. Professor Rolando Gordón: ‘The interest rate in Panama has been defined if there is an increase or not in the US.’

Professor Rolando Gordon, dean of the Faculty of Economics of the University of Panama, in an