The president of the Republic, peter castleassured that the Government continues to work despite the “attacks” and the questions they have been receiving.

“My Government continues to work with great responsibility and dedication for the health of all Peruvians. We are not distracted by attacks or malicious questioning”he pointed.

LOOK: DINI analyzed the implications of the closure of Congress and the presidential vacancy

The president speaks while the National Prosecutor’s Office has included him in various investigations for crimes that Pedro Castillo had committed along with other high-ranking officials, trusted people and relatives.

In parallel, the Congress of the Republic has interpellations scheduled against ministers of State criticized for their relationship with alleged acts of corruption. This Wednesday, November 7, the Minister of the Interior, Willy Huerta, will attend Parliament.

Two days before, the Minister of Transport and Communications, Geiner Alvarado, was questioned, who is also being investigated for acts he would have committed when he occupied the Housing sector.

Pedro Castillo led the delivery of 18 ambulances donated by the Government of Japan and the United Nations International Association for Migration.

“Our goal is to bring quality health to the most remote corners of the country. It is not an easy task, after so many years of abandonment in the public health system”warned the president at the event. 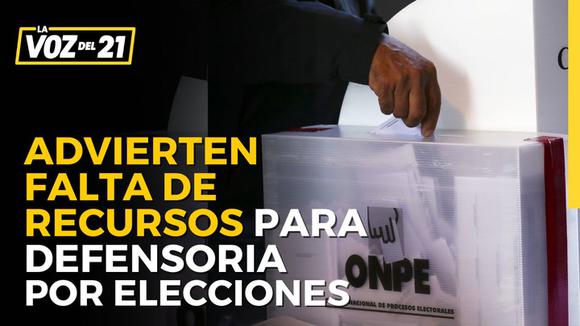 From uncertainty to maximum concern: Government loses political ground to tie up the votes of Valencia

Uncertainty abounds in the National Congress. The surprise nomination of

TransMilenio passenger, without fear of anything, confronted the thief and prevented him from taking a fire extinguisher

“They cannot break him, they can only imprison him”

Bank account: How to know if it is inactive?

Congress: they approve the list of congressmen of the new commission to elect the Ombudsman

Last Thursday night, the plenary session of the Congress approved the list of congressmen members of

The festival of the Negritos de Huancavelica begins