The Judiciary again rejected the request of the President of the Republic, peter castleto file a complaint against him for the alleged crime of treason.

Thus, the Superior Court of Justice of Lima, through file 01708-2022-0-1801-JR-DC-09, declares inadmissible the habeas corpus lawsuit filed by Castillo’s lawyer, Eduardo Pachas, against the Accusations Subcommittee Constitutional Rights of Congress for an alleged attack “against individual freedom in connection with due process and effective procedural protection.”

In this way, after reviewing the alleged grievances presented by Castillo’s defense, the First Constitutional Chamber of Lima did not admit the request in favor of the president, who has a constitutional complaint against him for the alleged crime of treason.

The PJ points out among its foundations that the Accusations Subcommittee acts “within the framework of the functions of political control established in the Constitution.”

In this way, the Superior Court of Justice of Lima confirms the decision of the Ninth Specialized Constitutional Court, which declared inadmissible the habeas corpus filed by a citizen in favor of President Pedro Castillo against the complaint for the alleged crime of treason against the fatherland. is carried out in Congress.

The plaintiff argued an alleged violation of the freedom of information, opinion, expression and dissemination of thought, the right to liberty and personal integrity and freedom of movement.

Therefore, the Ninth Specialized Constitutional Court declared the appeal filed by the citizen inadmissible and ordered the definitive filing of the case for considering that no constitutional right has been violated.

What did Pedro Castillo say about Bolivia?

A few months ago in an interview with CNN Pedro Castillo spoke of the possibility of giving Bolivia an outlet to the sea in his government. This, “if Peruvians agree” because “I owe it to the people, I would never do things that the people do not want,” he noted.

Later and in the face of criticism, he regretted such expressions. “I expressed myself badly, I apologize to our people. I want to tell you again that I will do nothing in my government without consulting the people.” 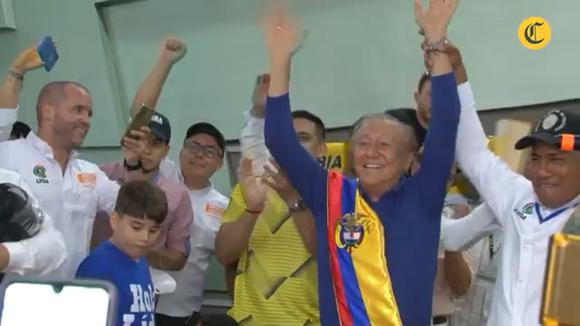 Colombia Elections 2022: Who are Gustavo Petro and Rodolfo Hernández?. Source: The Trade

The Minister of Health, Ximena Aguilera, reported this Wednesday the

Dina Boluarte speaks loud and clear: “No more cabinets in the shadows”

Without mincing words. The president Dina Boluarte participated this Wednesday, December 28, in the extraordinary session

Rejection. The Congress approved motion 5052 what do you propose reject “the constant acts of interference