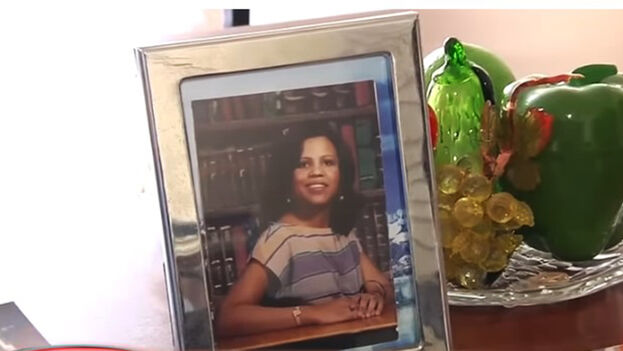 A military court granted parole to Cuban-American Alina López Miyares, sentenced in 2017 to spend 13 years in prison for the crime of espionage. The order bases the change of measure for the “good behavior in prison” of the pianist and teacher, according to the document, to which she had access CyberCuba.

López Miyares, 62 years old and with hypertension, will not be able to leave the island until 2030, which is when his sentence ends, according to what is read in the order, dated July 8. In addition, he recalls that parole can be reverted for “misconduct” or “declaration of dangerousness.”

Eight months before this resolution, the Working Group on Arbitrary Detentions of the United Nations Human Rights Council denounced that López Miyares was tried by a military court while she was a civilian.

The Cuban Commission for Human Rights and National Reconciliation considers that the professor was imprisoned for “political reasons”, for which she and her husband, Félix Martín Milanés Fajardo, a retired diplomat, were included in the list of political prisoners.

Independent lawyer Edilio Hernández Herrera, coordinator of the NGO Grupo Jurídico de Ayuda Ciudadana, declared to CyberCuba that the teacher will live in a rental house located in El Vedado, Havana, although the release documents from the Ceiba 4 women’s prison stated that she would reside in Centro Habana.

Cuban justice considered López Miyares, born in Havana in 1959, guilty of treason and espionage for revealing the names of Cuban operatives to the FBI. During her trial, in October 2017, Department 1 of the Cuban Counterintelligence indicated that she was being investigated along with her husband for providing secret information, spread Radio Television Marti.

According to her son, Michael Peralta, the woman was deceived. declared a New York Times that her mother’s ingenuity could have been a factor for Milanés to trick her.

López Miyares was 20 years old when he met Félix Milanés Fajardo at a meeting. Although they took different paths, they met again and, in 2007, they got married

López Miyares was 20 years old when he met Félix Milanés Fajardo at a meeting. Although they took different paths, they met again and, in 2007, they got married.

The American newspaper details that Milanés, sentenced to 17 years in prison, confessed to having been a Cuban intelligence agent, which prevented him from leaving the island, which is why López Miyares made trips to Cuba for 10 years during the weekends. long weeks and school holidays. Court records to which her diary had access point to her husband as an alcoholic who was financially dependent on her.

A relative assured that, while in prison, Milanés called López Miyares to travel to Havana. She did so and, just as she got off the plane, she was arrested and tried for espionage.

“Several districts reported growing signs of a slowdown in demand,

The Swiss Agency for Development and Cooperation (SDC) announced this

Édgar Ortiz, deputy for the Liberal Party (PLRA), affirmed that

Night protests amid blackouts in Pinar del Río and Havana

The state telecommunications monopoly, Etecsa, kept the internet cut off for at least half an hour

“I am selling a four-burner stove with its little ball included,” reads one of the many

Cuban Abraham Jiménez Enoa, co-founder of the independent magazine The sneeze, is among the last three