The Panamanian soccer team drew 2-2 against their similar team from Venezuela in a match held at the Hamriya Stadium in Dubai, United Arab Emirates, the goals were scored by Salomón Rondón and Ernesto Torregrossa for the Venezuelans and for the national team scored by Jose Fajardo and Cesar Yanis

At 24 minutes into the first half, Alfredo Stephens left due to injury, and José Fajardo replaced him, who in his first play received a good cross from Negrito Quintero to shoot the Venezuelan goalkeeper and score the first goal for Panama.

The national goalkeeper Jose Guerra had an excellent save 5 minutes from the end of the first half to maintain the advantage, in those final minutes Fidel Escobar entered the game for José Córdoba.

In the second half, Venezuela had control of the ball and tried to tie the game, but when they were looking for the goal the most, a counterattack from Panama came at minute 71 where Cristian Martínez gave the pass to Cesar Yanis who beat the goalkeeper and made it 2- 0 in favor of Panama, 8 minutes from the end the referee called a penalty in favor of Venezuela, where Rondón defined in excellent form despite the effort of the porter Guerra, already in replacement time Jefferson Savarino made an excellent personal move reaching the area girl giving a pass to Ernesto Torregrosa who shot the goalkeeper Guerra to put the final tie. 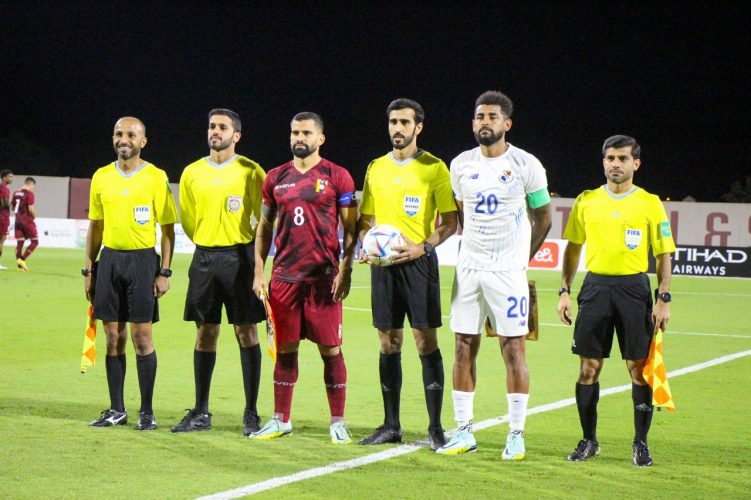 BC: public accounts close November with a negative balance of BRL 20 billion

Public accounts closed November with a negative result of R$

Will the Paraguayan state pay US$39 million for a crime from 4 decades ago?

Angel Valdes | December 29, 2022 The president of the Fundación Iguales Panama and internationalist lawyer,

Drafting of: notistarz The Mexican singer and actress Ninel Conde will present her musical show at