As part of measures that demonstrate a firm will to confront corruption, the president of the Supervisory Agency for Investment in Transportation Infrastructure for Public Use (Ositrán), Verónica Zambrano, reiterated the urgency of incorporating anti-corruption clauses in the current concession contracts.

In this way, he pointed out that the State can determine the nullity of these if the concessionaire companies participate in acts of corruption. He said that measures are required that aim not only to punish but to prevent.

“From Ositran, five years ago, we have been promoting this measure, however, only in three of the 32 contractual agreements of transport infrastructure that we supervise has the text been incorporated that would allow that, if the concessionaires participate in an act of corruption, the State can immediately determine the nullity of the contract”, stated the president of the supervisory body.

LOOK: Jorge Montoya: “In a few days the feeling of a vacancy will occur among all congressmen”

He indicated that there is an established guideline so that new concession contracts under the public-private partnership (PPP) modality include an anti-corruption clause, however, this does not extend to existing contracts. Even so, he considered it feasible to sign addenda to the original contracts after a transparent negotiation of the parties.

It is worth mentioning that also, as part of the fight against corruption and the generation of transparency in the processes, the Ositrán has been certified with the ISO 37001-2016 Anti-Bribery Management System, which implies that the institution has taken measures to prevent this crime from being committed. crime while performing their duties.

“We believe that the best way to avoid corruption problems is to be transparent. If we all show what we do, there are much fewer risks of corruption in the system”, emphasized the president of Ositrán. 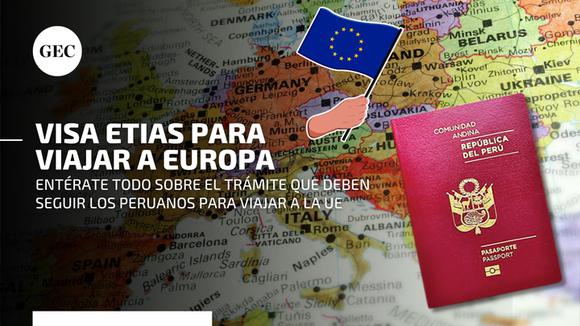 Starting next year, Peruvian citizens who wish to travel to Europe must request a special permit to enter their territory, known as ETIAS. What is it and how can you request it? We tell you in this video.

Ositrán: It is urgent to include an anti-corruption clause in concession contracts

As part of measures that demonstrate a firm will to

President affirms that they will carry out state oversight processes

The President of the Republic, Luis Abinader, assured yesterday that

The numbers in UTE give, in ANCAP they don’t

Opinion column by Juan Prandi on Nationals for La Colonia

Summit of the Americas: struggle between carnivorous and vegetarian lefts

Leaders from twenty-three countries in the Western Hemisphere attended the

President affirms that they will carry out state oversight processes

This Tuesday, a group of people violently took over the local supporter of People’s Action (AP)

On Tuesday night, a group of people broke into the premises of the Popular Action party,

Pre-candidates denounce collapse of the JNE system to register (VIDEO)

Representatives of political organizations arrived today, Tuesday, June 14, at the headquarters of the Special Electoral

Entrepreneur: Tips to take advantage of the dollar decline and grow your business

In recent weeks, the exchange rate had maintained a downward trend in terms of dollar price

Podemos Peru: computer systems of the JNE for the registration of candidates have collapsed