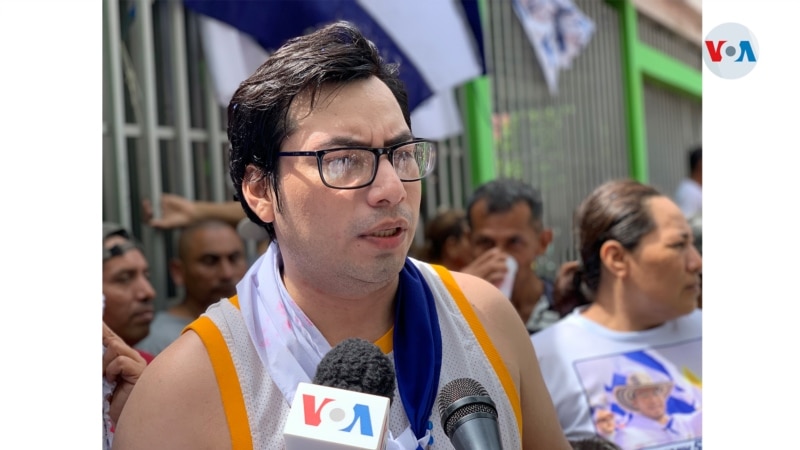 The Nicaraguan government arrested on Wednesday at dawn the opposition leader Yubrank Suazo, who would have been taken from his home with “violence,” the Nicaraguan Center for Human Rights, Cenidh, reported on Twitter.

The human rights organization added on its Twitter account that he would have been transferred to the maximum security preventive cells in Managua, known as El Chipote.

Suazo, who is part of the opposition Civic Alliance, as well as the Nicaraguan University Alliance (AUN), both organizations critical of President Daniel Ortega, had been arrested for the first time after the 2018 crisis, and was later released under a amnesty law.

To date, the government has not reported the reasons for his arrest. Previously, at least 40 leaders have been charged with crimes of treason.

Suazo had denounced days ago on Twitter the presence around his parents’ house of “a subject on a motorcycle.” His parents live in the city of Masaya, south of the capital.

In the same way, he had constantly expressed his complaint about the “permanent harassment” to which a local priest is being subjected by the police authorities.

The opponent’s arrest occurs in the context of a process initiated in the Justice Commission of the National Assembly that seeks to toughen laws such as Law 1055, o Law for the Defense of the Rights of the People.

The lawyer and former official of the Judiciary Yader Morazán had already warned the VOA that most of the laws approved in recent years have followed the same pattern and are adapted to the “repressive needs of the context”, therefore, he did not rule out that they be applied to opponents arrested in the future.

“First they carry out the whims of Carmen (president Ortega’s residence) in a practical way and then they create the mechanisms or legal “justifications”,” Morazán indicates in reference to the arrests.

Recently trials were over against all political prisoners, who were sentenced to sentences ranging between 7 and 13 years in prison.

Nicaragua has been experiencing a political crisis since 2018, as a result of the protests against the government of President Ortega.

The president said that the demonstrations were an alleged coup attempt against his government, which has been in power for more than 15 consecutive years, taking office in 2007.

Joyce Araujo on the disappearance of women: ‘In these types of acts there is an issue of unequal power relations’

He stressed that the State must give an

According to Blas Lanzoni, the Deputies are analyzing promoting a political trial against Abdo

Joyce Araujo on the disappearance of women: ‘In these types of acts there is an issue of unequal power relations’

The Archdiocese of Managua, through the Justice and Peace Commission, rejects the persecution exercised by the

The released political prisoner Yubrank Suazo, opposition leader from Masaya and member of the Civic Alliance

Dictatorship closes Club Terraza and three other clubs as an NGO

The National Assembly (Parliament) of Nicaragua, controlled by the Sandinistas, canceled this Tuesday the legal personality