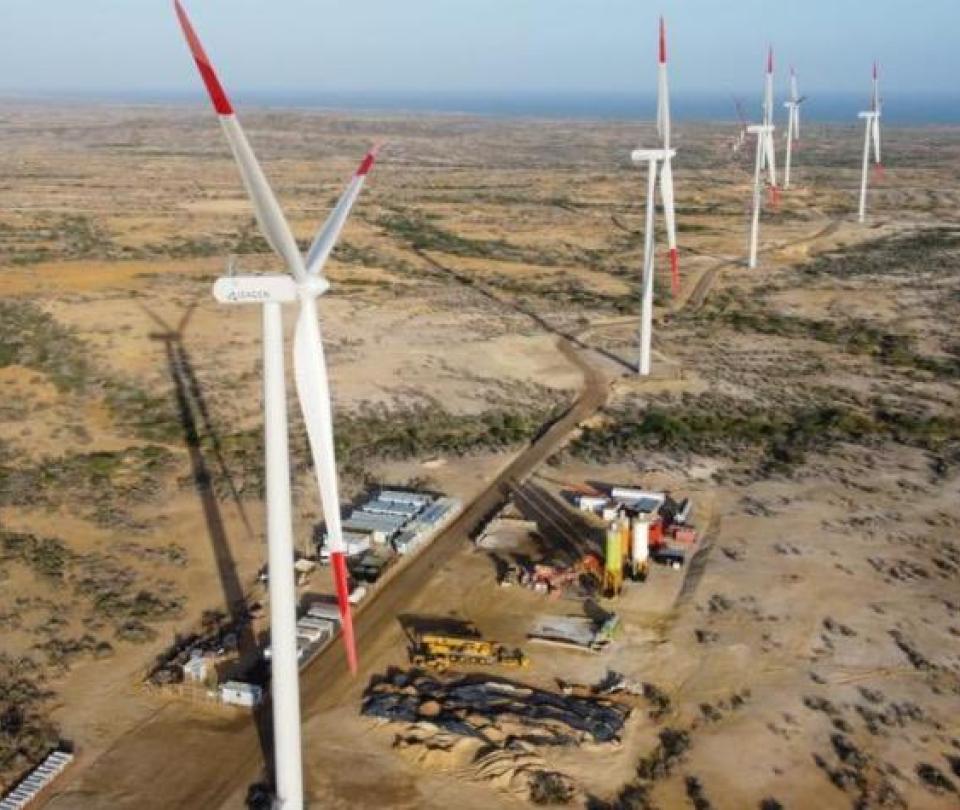 The Nation took a new step on its way to energy transition to expand the clean electricity generation matrix.

The reason, yesterday, with the presentation of a roadmap, started in the country a new stage in renewables with the development of offshore wind projects (offshore), in shallow waters of the Caribbean Sea.

(Read: With a roadmap, the first offshore wind project starts).

But, to take the step firmly and in this sense, the country will play two cards, the first is the development of an offshore project, near the city of Barranquilla, and the second is with an energy auction.

“The objective of this roadmap was to identify the opportunities and barriers that Colombia has for the development of offshore wind energy”, said Diego Mesa, Minister of Mines and Energy, at the launch event.

The official stressed that, “in addition, it is estimated that Colombia has a potential of 50 gigawatts (GW) with offshore wind projects, which can bring important investments to the country of the order of US$27 billion, leverage different links in the supply chain and promote port development.

The first project of offshore wind power will be carried out near Barranquilla, in shallow waters off the coast at the limits of Atlántico and Bolívar, a mega-project with an estimated investment of more than US$1,000 million and which will have an installed capacity of more than 200 megawatts (MW), but with infrastructure to be expanded to 500 MW.

The project will be called ‘Vientos Alisos’, and will be developed by the Spanish multinational BlueFloat Energy, in association with Enerxia Renovables.

“Colombia is a geographically privileged country for the development of offshore wind energy projects since, thanks to its location, it has an excellent wind resource”, explained Carlos Martin, CEO of BlueFloat Energy.

(Besides: Irish multinational will open its first solar park in the country).

The business leader added that “our purpose as a company is to create the offshore wind industry in this country, create value for the local and national economy, work hand in hand with the communities, and support the local and national industry, under the strictest sustainability policies to minimize the impact”.

The megaproject is in its pre-feasibility phase, and the Spanish company is currently studying whether to participate in the Nation’s energy auctions, or if, on the contrary, they will directly deliver the energy they generate in the wind farm to the National Interconnected System (SIN).

Likewise, the second letter of the Nation, to give more impetus to the development of offshore wind farms, is the holding of an energy auction for long-term contracts, structured exclusively for this type of project.

The Minister Diego Mesa announced that the draft of the first area allocation process will be published for comments so that investors can apply for the development of offshore wind farms, which will be part of the generation matrix of the SIN.

According to the official, the roadmap, which was built with the support of countries such as the United Kingdom, identified sites with potential in three identified areas in the Caribbean Sea, which were divided into the eastern, central and western zones, in the that there are winds of 13 meters per second, a figure that is more than double the world average.

“We are very pleased that the UK has been able to support the creation of this roadmap, drawing on our extensive experience and expertise in non-conventional renewable energy sources, to help accelerate the path to net zero carbon emissions around the world.”, said Colin Martin-Reynolds CMG, British Ambassador to Colombia.

The diplomat stressed that “this is another example of the long and powerful alliance with Colombia, as well as the important cooperation in climate and environment matters through the ‘UKCOL Alliance for Sustainable Growth'”.

The Nation took a new step on its way to

Amnesty and crimes against humanity: heads and tails of law in Cuba

LAS TUNAS, Cuba. — In the recent text Amnesty in

Phase 1 of environmental contingency is maintained; these cars will not circulate tomorrow

What cars do not circulate due to environmental contingency in

Reporters Without Borders on Nicaragua: “Last bastions of the independent press are under siege”

The 2021 “Freedom of the Press” report by Reporters Without

Amnesty and crimes against humanity: heads and tails of law in Cuba

[Videos] Willie Colón reappears after almost dying in a traffic accident: his talent is intact

At the end of April 2021, the singer William Anthony Colón Roman, better known as Willie

Flower sector rebounded, despite the pandemic

Rate of public debt securities TES are already above 10%

World inflation has generated several effects in the economies of the countries, apart from the impact

MasterChef: The celebrities who remove the black apron after winning the team challenge