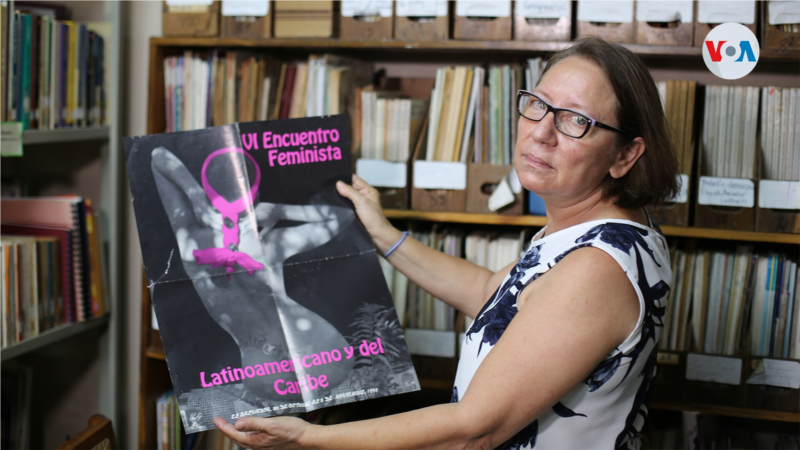 This Friday, the headquarters of three important non-governmental organizations, outlawed months ago by the Nicaraguan National Assembly, were taken over by the National Police.

It is about the feminist organization La Corriente; the Operación Sonrisa Association, which helped people with cleft lip and palate with surgeries, and the Humboldt Center, specialized in environmental issues.

The three organizations were canceled between March and May of this year under alleged excuses of breaches in their documents, something that was denied by their respective representatives.

“These associations that do not want to comply with the law, do not want to be accountable for their funds, what country they come from, who gives them their resources to change the objectives,” said the ruling deputy Filiberto Rodríguez in the plenary on May 4 and warned that they would continue to “enforce the law”.

Sociologists and analysts consulted by the voice of america They have agreed in pointing out that Ortega seeks to centralize all kinds of aid to the population and warned that the country is “steering” towards a “Cubanization”.

“This July 8, the regime of Daniel Ortega and Rosario Murillo has just finalized the dispossession of the premises owned by our association. Clearly, the cancellation of our legal status and the seizure of the facilities is an illegal act,” La Corriente reported in a press release in which it highlighted that they had worked for 28 years promoting critical thinking and defending sexual and reproductive rights. .

For its part, Operación Sonrisa, forced to close after 30 years serving children, youth and adults affected by cleft lip and palate, issued a statement published on Facebook where he thanked “the privilege of serving the Nicaraguan people.”

The organization banned by Ortega explained that throughout its history they supported more than 11,000 free operations.

“We will enjoy the memories created and celebrate the achievements made,” lamented the organization.

Nicaragua is experiencing one of its worst political crises since April 2018, when protests arose against the government of President Daniel Ortega, which the president called an attempted coup against him. As a result of that date, he unleashed a persecution against the Church, social actors, politicians and activists, who are divided between prison and exile.

Saint Joseph – This Friday, the headquarters of three important

Starting this Monday, May 11, the use of the mask

The only way to prevent dengue and chikungunya is to

after the escape of Cesar Hinostroza Pariachi, allegedly to Belgian

La Prensa denounces “hunting” against its workers by the Ortega dictatorship

The newspaper La Prensa, the oldest in Nicaragua, denounced this Friday that the government of President

The Ortega regime prohibited this Friday, July 8, the entry to Nicaragua of an international commission

Despite all the factors against it, the economy has resisted better than expected, for a series