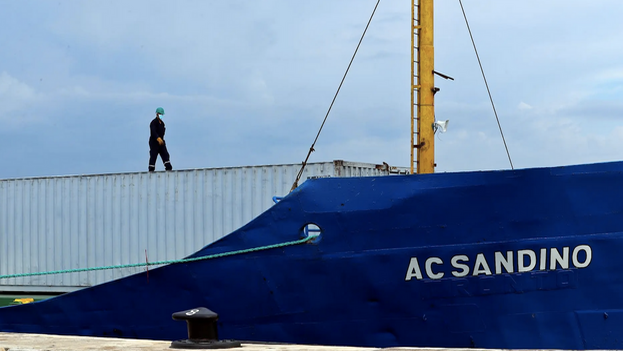 (EFE).- The Government of Nicaragua announced this Thursday that it sent a ship with food to Cuba as an act of solidarity “for Cuban families.”

The ship Augusto C. Sandino, Nicaraguan-flagged, set sail at dawn this Thursday from the Arlen Siu river port, in the South Caribbean Autonomous Region (RACS), bound for the island, the Executive Power said in a press release. The Nicaraguan authorities hope that the sandino arrive next Monday at the port of Mariel (Artemisa), about 50 kilometers from Havana.

This is the second shipment of aid granted by Nicaragua to Cuba so far in 2022and the fifth since the street demonstrations of July last year on the Island, due to the lack of food and medicine, which has reached unprecedented levels.

The Government of Nicaragua did not detail the type or quantity of food sent to Cuba this Thursday. In previous shipments, Nicaragua gave Cuba rice, beans, oil, coffee and household goods.

The governments of Nicaragua and Cuba have had close relations during the times in which the former Sandinista guerrilla Daniel Ortega has governed the country, first from 1985 to 1990, and then from 2007 to date.

Nicaragua and Cuba are part of the Bolivarian Alliance for the Peoples of America (Alba), led by the regime of the Island and by Chavista Venezuela.

Nicaragua sends a ship with food to Cuba

(EFE).- The Government of Nicaragua announced this Thursday that it

Mexico facing a new risk of health emergency due to monkeypox

Also, in October kicks off the flu season. In other

After 15 days under police siege and held in the

They arrest three alleged suspects in the murder of the model from Colon, Ángel De La Espada

A man, known by the alias “Figurita”, alias “Sergio” and

Mexico facing a new risk of health emergency due to monkeypox

A power outage left the entire Havana in darkness this Thursday night. Shortly after nine and

The old emigrant joke about Miami, Cuba’s last province, threatens to become a reality. In the

The organization Archivo Cuba, based in Washington, United States, launched this Thursday the petition Free Cuba:

Due to a traffic ticket, the police discover a coyote who was taking seven Cubans to the US

Police from the Mexican municipality of Monterrey arrested a coyote on Wednesday who charged 21,000 pesos