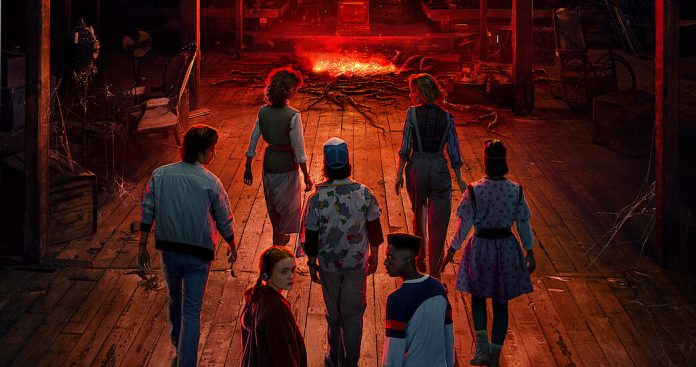 As usual, every week Netflix updates its catalog of titles available around the world.

This week, the streaming service added new productions between series and movies, which quickly became among those preferred by platform subscribers.

These are the most watched series and movies in Venezuela this week:

The story picks up six months after the battle at the Starcourt Mall, which brought terror and destruction to Hawkins. Battling the aftermath, the group of friends is separated for the first time and has to deal with the complexities of high school, which doesn’t make things easy for them. In this moment, the most vulnerable of all, a terrifying new supernatural threat arises, representing a new and horrible mystery that, if they can be solved, could end the horrors of the Upside Down.

Tirso Abantos (José Coronado) is an ex-military man who works in a neighborhood hardware store; lonely and little given to showing affection, after a family incident he is forced to take care of his granddaughter Irene (Nona Sobo), a rebellious young woman of Vietnamese origin whom Tirso’s daughter is unable to control. . The clash between grandfather and granddaughter is total and coexistence is complicated from the first moment, not only because of the character of both, but also because of the bad company that the young woman frequents in the neighborhood. In his attempt to straighten it out, Tirso will be forced to leave his routine and will become an “accidental hero” who will stand up to the gangsters that are taking over the streets, knowing that this role will only bring him problems.

Successful Colombian soap opera written by Fernando Gaitán, starring Margarita Rosa de Francisco and Guy Ecker in 1994, of which the Colombian channel RCN made a new version that reached Netflix. The story focuses on Teresa Suárez, “La gaviota” (Laura Londoño), a humble and simple woman who goes to Hacienda Casablanca every year to collect the coffee harvested during the second season of the year together with her mother Carmenza (Katherine Vélez) . This time they hope it will be the last trip: with luck, they will own their own land. But love will cross her path, because Gaviota will fall in love with Sebastián (William Levy).

Created by Leonardo Padron, Hunch tells the story of how Simón’s wife was taken from her life to remove her heart and transplant it to Camila, a woman married to a powerful man. Seeking revenge, Simón enters the dangerous world of organ trafficking. In the desperate search for him, fate leads him to fall in love with Camila, who is alive thanks to the heart that was taken from his wife. The conflict will reach its peak when both discover an unexpected truth.

The popular Colombian telenovela produced by Caracol Tv and released in 2001 tells the story of Pedro Coral Tavera, who is not the typical heartthrob: he is not rich, he is not handsome, he does not dress well and he thinks he is a good dancer. This inveterate womanizer, an implacable heartthrob, arrives in Bogotá escaping from his hometown due to nothing more and nothing less than a problem with the skirts. As soon as he arrives, Pedro, a “scaly” being, intelligent and infatuated, bumps into the love of his life, Paula Dávila, and in less than 48 hours he ends up being her driver and confidant. Not only that, but she also becomes the great breadwinner of the Pacheco family, made up exclusively of women, whom the man of the house has just left to go to the other world. This is how Pedrito Coral Tavera finds the perfect setting to interpret and display his scales.

A sociopathic ex-hireman attends his brother’s funeral on a secluded island when a group of mercenaries breaks in looking for money the deceased owed them. With the support of Dr. Oberfeld, FBI agent Shaughnessy, and the local sheriff, he begins a relentless quest for revenge as well as revealing the secrets behind his brother’s death.

Hoping to win over an important client, an enterprising wine executive works at a sheep farm, where she crosses paths with a rough and mysterious local.

In this romantic comedy, several friends with unfavorable love lives try to help each other… but things don’t always work out for them.

the year of my graduation

A high school student and cheerleader falls into a coma before her prom, where she dreams of becoming prom queen and being the most popular in school. Twenty years later, when she wakes up from her, she realizes that she failed to fulfill her teenage dream so she wants to go back to high school to regain her popularity and become prom queen.

In Cleveland, Michelle Knight, a 21-year-old single mother, lost custody of her son. On August 23, 2002, Knight, while on her way to court, agreed to let Ariel Castro, the father of a schoolmate, give her a ride. However, Castro kidnapped her and held her captive in her home with two other women for 11 years.

As usual, every week Netflix updates its catalog of titles

New increase of the ANSES: how much will the Non-Contributory Pensions charge in June

Starting next week, the National Social Security Administration (ANSES) will

Perfect aubergines: How and with what to cook them at home

Aubergines are one of the least consumed vegetables in our

Most of the detractors of the New Constitution in social networks have not read the draft: only 3% point to the text issued by the CC

The Observatory of Politics and Social Networks of the Central

New increase of the ANSES: how much will the Non-Contributory Pensions charge in June

Inameh forecasts cloudiness and rains in much of the country

The Intertropical Convergence Zone causes cloudiness of medium and wide development with rains or showers, some

What do the Colombian candidates propose about Venezuela and migrants?

On May 29, around 39 million voters will return to the polls to elect the next

Mexico, Mexico City–(BUSINESS WIRE)–AM Best has assigned a Financial Strength Rating (FSR) of B++ (Good) and