The National Police of Panama informs that on the night of this Tuesday, January 24, units of the Police Intelligence Directorate (DNIP) together with the Immigration Directorate detain John Nelson Poulos, a US citizen, who had an Interpol alert of the Republic of Colombia, for the alleged femicide of DJ Valentina Trespalacios.

Panamanian police intelligence work alerted the Immigration authorities that the suspect was at the Tocumen International Airport and was trying to travel on Turkish Airline flight 0904, bound for Istanbul-Turkey.

Poulos arrived on Monday, January 23 in Panama from Bogota-Colombia on Avianca flight 056.

Poulos is being investigated for the alleged murder of his girlfriend, 23-year-old DJ Valentina Trespalacios, who was found inside a suitcase in a garbage container located on Highway 109, No 23 G-25 Los Cambulos Park in the Versalles neighborhood from the town of Fontibón. 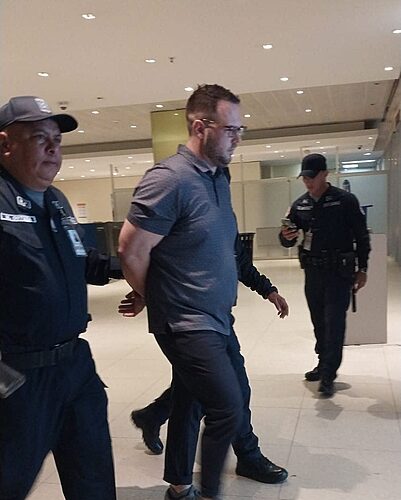 The National Police of Panama informs that on the night

The Municipality of Juan León Mallorquín awarded a total value

Luisa Macavilca: “A fire will not collapse me, I will continue with my flower business”

He was resting at his house, in Villa El Salvador.

President Luis Abinader returned to the country this morning of