The National Election Jury rejected and deplored the statements of the recently vacated mayor of Lima, Jorge Munozwho indicated through his social networks that the JNE was occupied by “Cerronistas”.

Given this message, the JNE clarified that the Plenary of the JNE is made up of 5 members, who represent different institutions of the country as established in the Political Constitution and the Organic Law of the National Elections Jury.

In that sense, they clarified in a statement: “In the case of the vacancy request of Mr. Muñoz Wells, the decision of his vacancy has been unanimous.”

LOOK: Jorge Muñoz is vacated: Find out here who will be the new mayor of Lima

Likewise, he also stressed that vacancy processes are not ex officio, but on the contrary, they are only seen by the Plenary of the JNE in case it has been promoted in the first place by a citizen or member of the Municipal Council.

“Said vacancy request, filed by a citizen, was based on the violation of a provision contained in the Municipal Elections Law and provided for as a cause of vacancy in the Organic Law of Municipalities (LOM)”, stressed the JNE.

The institution also clarified that this demonstration is without prejudice to the legal actions that will be taken shortly. “Faced with such serious and offensive expressions made publicly against an autonomous State institution, without evidence to support these statements, the Plenary of the JNE demands that Mr. Jorge Muñoz withdraw the infamous qualifiers against those of us who make up the institution,” he pointed out.

What did Jorge Munoz say?

The former mayor of Lima, Jorge Munozlaunched harsh criticism against the National Election Jury (JNE), after he was vacated from his position as mayor of Metropolitan Lima, indicating that the institution was “taken over by Cerronismo.”

“The JNE, taken over by “Cerronismo”, goes into action to seize power in the purest Chavista/Castro style,” Muñoz wrote on his Twitter account.

Later, he indicated that the regional and municipal elections are “in danger of being rigged,” and thus favoring the Peru Libre party. According to the former mayor, this in order to impose a new Political Constitution.

“You are wrong about me, President Cerrón. I will take my fight for truth and decency to the international courts and to the streets, together with the millions of citizens who do not want to go back into the darkness of injustice, abuse, totalitarianism and poverty”, concluded Muñoz. 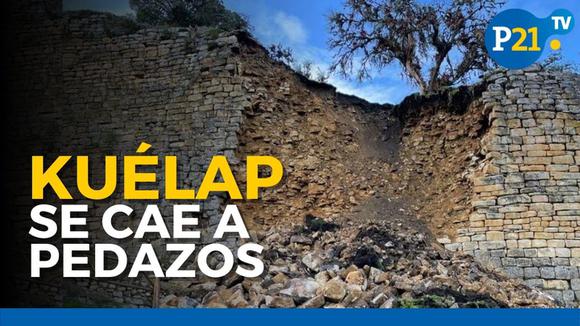 A Peru21TV team traveled to the largest monument in Chachapoyas; Kuelap. In this chronicle we will tell you about the emergency in one of the largest citadels in the Americas and the neglect of its authorities. Mainly, the forgetfulness of this government. Read the full report at https://peru21.pe/cultura/chachapoyas…

Miguel Mendoza’s family awaits “the miracle” of his freedom, after 558 days in jail

The family of the sports writer and current political prisoner

Although resources have been limited, we have been effective, José Batista, Vice Minister of MIVIOT

Juan Carlos Ozorio will spend the New Year behind bars

Judge Rosarito Montanía denied the request for the release of

WFP regional director says without wars, 90% of world hunger would be eliminated

Record requisition in Morocco of more than 31 tons of cannabis