Through a statement, Montecon indicates that on Tuesday, May 10, it informed the Ministry of Transport and Public Works of its decision to send a maximum of 120 workers to unemployment insurance for a period of up to 90 days.

Likewise, the company also informed the Secretary of State that the insured wages will be reduced to 15 as of June 1 next.

The port operator states that the determination to send the workers to unemployment insurance and to reduce the insured wages “is a direct consequence of the decision of the authorities to limit the operation of Montecon by decree and annul its ability to compete freely, which It has generated a very important drop in volume in the company’s activity”.

In any case, the port operator assures that to the extent that the free competition regime is restored in the port of Montevideo, “Montecon will be able to recover the volume of its operations and will be in a position to normalize the situation with its employees.”

If this does not happen within 90 days, “Montecon must, unfortunately, continue with the timely announced employee termination plan,” says the firm. 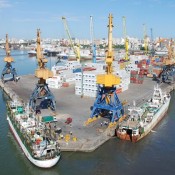 The Congress of the republic approved this Wednesday to suspend

Remittances and exports, sectors that generate the most foreign currency

The Dominican Republic would end the year 2022 with a

Venezuela continues to be on the black list of nations

Attack on Cristina: they requested the arrest of members of the Federal Revolution

The complaint requested new measures of evidence and the arrest

The profits for the DR from privatizing consular services

With votes from the ruling party, the The Chamber of Senators approved the social security reform

Guido Manini Rios. Photo: Chamber of Senators In an unusually quick manner, and just before the

That is why the National Deputy Director of Firefighters, Crio.Mayor Richard Barboza received the coordinator of

CERES study analyzes the weight of tourism in the Uruguayan economy

Tourism activity will register an increase in the 2022-23 period, as well as in subsequent years,