The Bolivian Episcopal Conference (CEB) announced the death, this Thursday, July 7, of Monsignor Waldo Ruben Barrionuevo Ramirez, bishop of the Apostolic Vicariate of Kings, who was also president of the Evangelization Area, Missionary of the congregation of the Most Holy Redeemer and national director of the Pontifical Works of Bolivia.

According to the CEB, the funeral will take place in Oruro, but the date has not yet been announced.

“We welcome your prayers, imploring the Lord to grant rest Eternal Monsignor Waldo, who stood out for his missionary work, “says the statement.

On July 6, the CEB announced that Monsignor Barrionuevo had suffered an irreversible stroke. 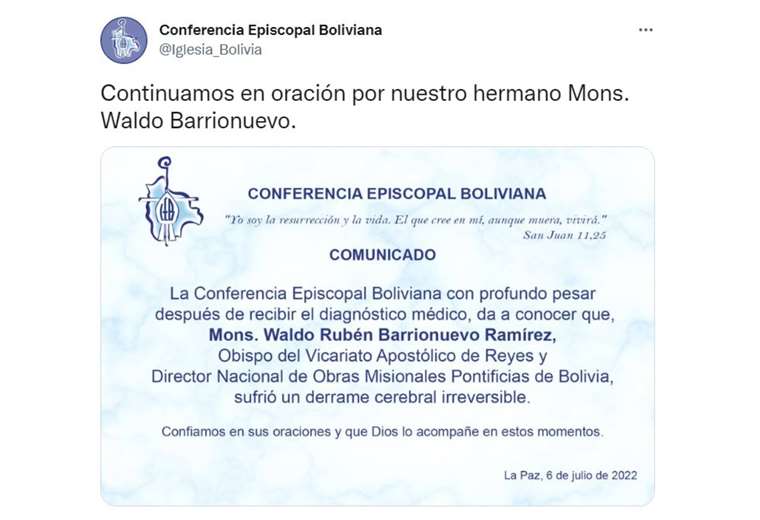 “Missionary in his land, communicator and announcer of the Gospel, always at the side of the difficulties and hopes of the people, especially the simplest and weakest”, the CEB describes it in its obituary. 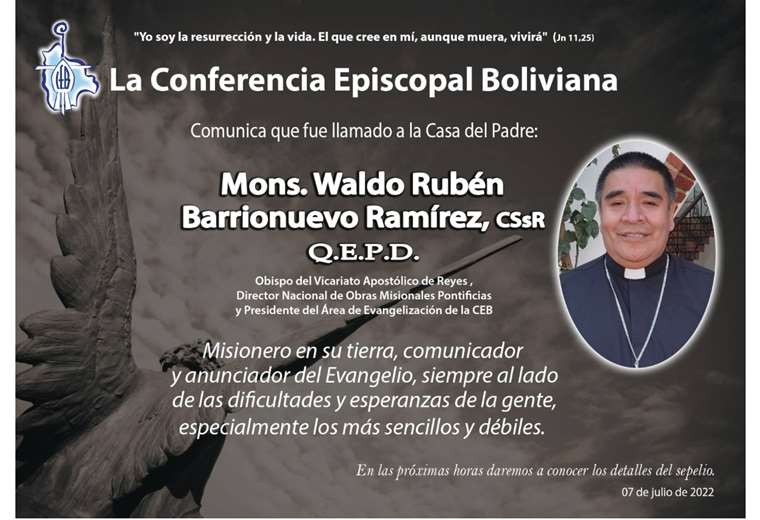 According to a publication by Radio María Bolivia, Monsignor Barrionuevo was born in Oruro on September 9, 1967 and in 1989 he began his formation in the Congregation of the Most Holy Redeemer. He made his religious profession in 1992 and was ordained a priest in 1997.

The rupture of a water main in the north of

Oriente Petrolero and Royal Pari open the third date of the Clausura tournament, this Friday

Oriente Petrolero and Royal Pari will meet this Friday, starting at 8:00 p.m., at the Tahuichi

Peru: Prosecutor investigates retention of a team of journalists