First of all, Chero assured that Castillo Terrones accepts “serenely” the decision of Congress and said that it intends to cover up a new presidential vacancy attempt.

“The president assumes it with serenity because he has respectfully gone to the prosecution. He was predictable despite not having solid legal support. Still they have. However, I believe that the entire population knows and understands that the only thing they are trying to do is cover up a possible vacancy attempt that in a democratic state, and I believe that in a solid state of institutions, this cannot be allowed”he underlined.

The head of the Minjusdh referred that within the constitutional framework, and taking into account the background and precedents, various former presidents of the Republic have not been able to be investigated or accused during their efforts.

“There is not a single element of evidence – I am not talking about evidence – that links the President of the Republic with any act of what this man manifests. We have to distinguish who is carrying out the technical electoral process, whether it is the ONPE or the National Elections Jury”narrowed down

Meanwhile, his colleague from Culture, Alejandro Salas, asked that the businessman Zamir Villaverde presents only one piece of evidence to the Public Ministry that incriminates the president in alleged acts of corruption.

“Just as they counted the days in which the president did not give interviews to the media, now we demand that they count the days for this man to deliver a single piece of evidence against the president of the Republic”he stated.

This position was supported by the Minister of Foreign Trade and Tourism, Roberto Sánchez, who questioned that the investigations into the Sarratea case are used politically by opponents of the Government.

As you remember, last Friday the The Congress of the Republic approved the recommendation to constitutionally accuse President Pedro Castillo before the Office of the Prosecutor of the Nation for common crimes.

By 72 votes in favor, 40 against and zero abstentions, the national representation gave the green light to the final report approved by the majority in the Oversight Commission of that State power.

The final report contains the conclusions and recommendations of the investigations into alleged irregular acts committed by Castillo Terrones, ministers and personalities from the presidential entourage in the cases called “Casa Sarratea and SBN”, “Puente Tarata III” and “Interference in promotions in the Armed Forces”, “Interference with the Superintendent of Sunat” and “The discovery of 20 thousand dollars in the Government Palace”. 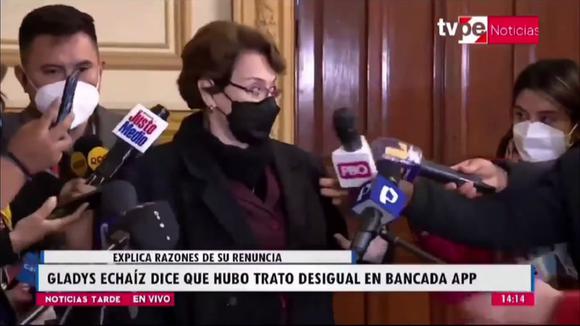 This is a summary of the printed editions of the

Argimón after passing through Ukraine and Russia: "felt a lot of tension"

The vice president, Beatriz Argimón, returned to the country after

Four members of the Los Drogadictos gang were arrested on

Pedro Castillo: 74% of Peruvians disapprove of the president, according to Ipsos Peru

Huancavelica in mourning for the death of “Yenifer Isidro”

You want to change your fund in your AFP, but you don’t know if you can