The Minister of the Interior, Willy Huertaassured that during his management in this sector he guarantees support for the work carried out by the Public ministry in relation to the various investigations carried out with President Pedro Castillo and his entourage.

The member of the ministerial cabinet clarified that until now he has been supporting the Special Team against the Corruption of Power, led by the prosecutor Marita Barreto, so that he can do his job correctly.

LOOK: Congress has the votes to remove Geiner Alvarado from the cabinet today

“(Do you guarantee that Harvey Colchado will not be removed during your administration?) My administration guarantees all the support and backing for the work of the Prosecutor’s Office”, he declared for the press.

“On behalf of the Government, I am willing to support the direction of the Police and the Prosecutor’s Office against the corruption of power at all times, just as we have done. To date, we are supporting the efforts of the prosecutor (Marita Barreto) so that she can fully carry out her investigations and work.”, he added.

Next, Huerta Olivos reiterated that he was not aware of the attempt to remove Colonel Harvey Colchado from the National Police of Peru (PNP) as head of the Personnel Search Directorate (Divbus) of the General Intelligence Directorate (Digimin).

“I have already explained in a statement that my office was not aware of or authorized that action, for this reason it has been removed from this general who was in the Digimin and the corresponding investigation has also been arranged to establish the responsibilities”, he stated.

As recalled, last Tuesday, September 13, the Ministry of the Interior decided to conclude the appointment of Whitman Rivers as head of the Digimin, after this frustrated removal of Colchado Huamani. 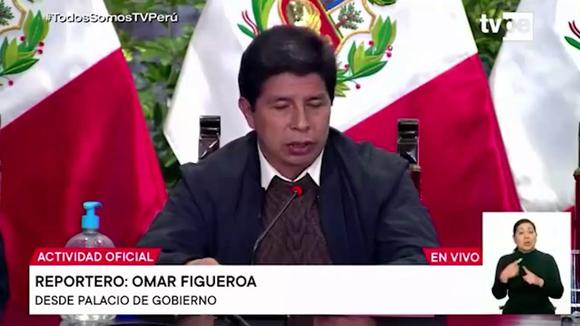 Buckle up. This will be the motto with which the

▲ The undersecretary for Prevention and Health Promotion, Hugo López-Gatell,