The American Chess Confederation made official the results of the Qualifier for the XXIV Central American and Caribbean Games San Salvador 2023, and the Panamanian team won their classification in women’s and men’s teams.

After two days of intense concentration, the women’s team made up of Ashley Castillo and Lourdes Vásquez obtained 6th place by adding 13 points; while the men’s team with Jorge Baules and Orlando León obtained 5th place, with a similar mark of 13 points. The event was held on January 21 and 22 virtually and in person. The FIDE referee who participated for Panama was Adrián Fuentes.

The Panama Chess Federation was in charge of the preparations to attend the qualifier that was held at the facilities of the Panama Olympic Committee.

In this important competition attended by 20 countries in masculine, and 18 in feminine, and it was developed in Swiss format, with 11 games and a time of 15 minutes and 10 seconds; the first 15 teams obtained their quota for their country and be present in San Salvador 2023. 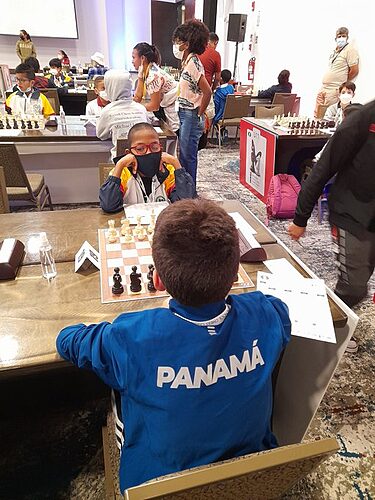 The American Chess Confederation made official the results of the

For Group 1, in the classic of Bajo Chaco, Villa

Passion without shame – I does not learn It seems

The execution of robust, yet flexible and resilient plans, as