A worrying fact was revealed this Monday in the latest report from the Cost Observatory of the Argentine Health Union (UAS), where it was announced that, in May, 60% of medicines with greater demand in the country, they had increases above inflation.

The organization that brings together private medicine entities pointed out that the drugs In general, they have maintained an increasing trend since the beginning of the year, which impacts the pockets of citizens, especially those who must cover medicines high cost. 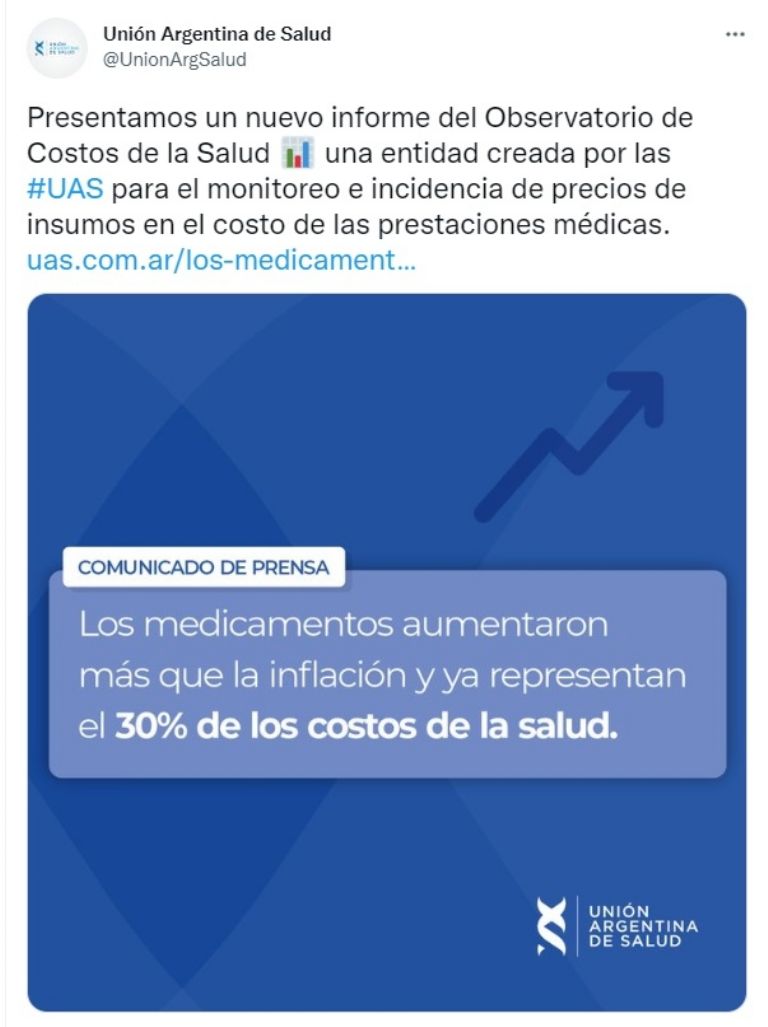 The report also indicates that, due to the high price of medicinesthe cost of health is getting higher and they warn that high-value remedies generate a strong impact “on the budgets of social and prepaid works”.

The organization argues: “two years ago, two out of every ten pesos destined for health expenses in Argentina were spent on medicines. Today, that ratio has expanded to three out of ten. That is to say, a 50% more incidence”.

This, in turn, means that today citizens spend up to 30% of the total cost of health on medicines, a percentage that is even above the cost of surgeries and hospitalizations (24%).

The high rises are given in principle by the termination of the agreement that the Government held with the laboratories to freeze prices until January of this year, with which “the increase in medicines was equaled by the Consumer Price Index (CPI ) in 2021”.

14 of the 25 best-selling drugs are above inflation

The association details that 14 of the 25 medicines best sellers are above May inflationwhich raises the cost of health and reduces the financial capacity of social and prepaid works to provide coverage to their members.

Medicines: 60% had increases above inflation

A worrying fact was revealed this Monday in the latest

As of this Tuesday (19), the city of Teresópolis, in

Purchase of shoes in homes was $1.69 billion in the first half

The purchase of shoes in homes was $1.69 billion in

Witnesses would have counted up to 50,000 dollars, almost 6 and a half million pesos to

The President delivers homes from the Rebuild Program on Isla Maciel

The President hands over homes in Dock Sud. President Alberto Fernandez will deliver this Wednesday houses

Boca fell to Argentinos and can’t find the course