Liverpool sees the final of the league closer Champions after beating Villarreal 2-0 this Wednesday in the first leg of the semi-finals of the continental club tournament at Anfield.

The English team got the match and the tie back on track in just two minutes with an own goal from Pervis Estupiñán (53) and a goal from Senegalese Sadio Mané (55), which forced Villarreal to come from behind in their stadium on Tuesday. 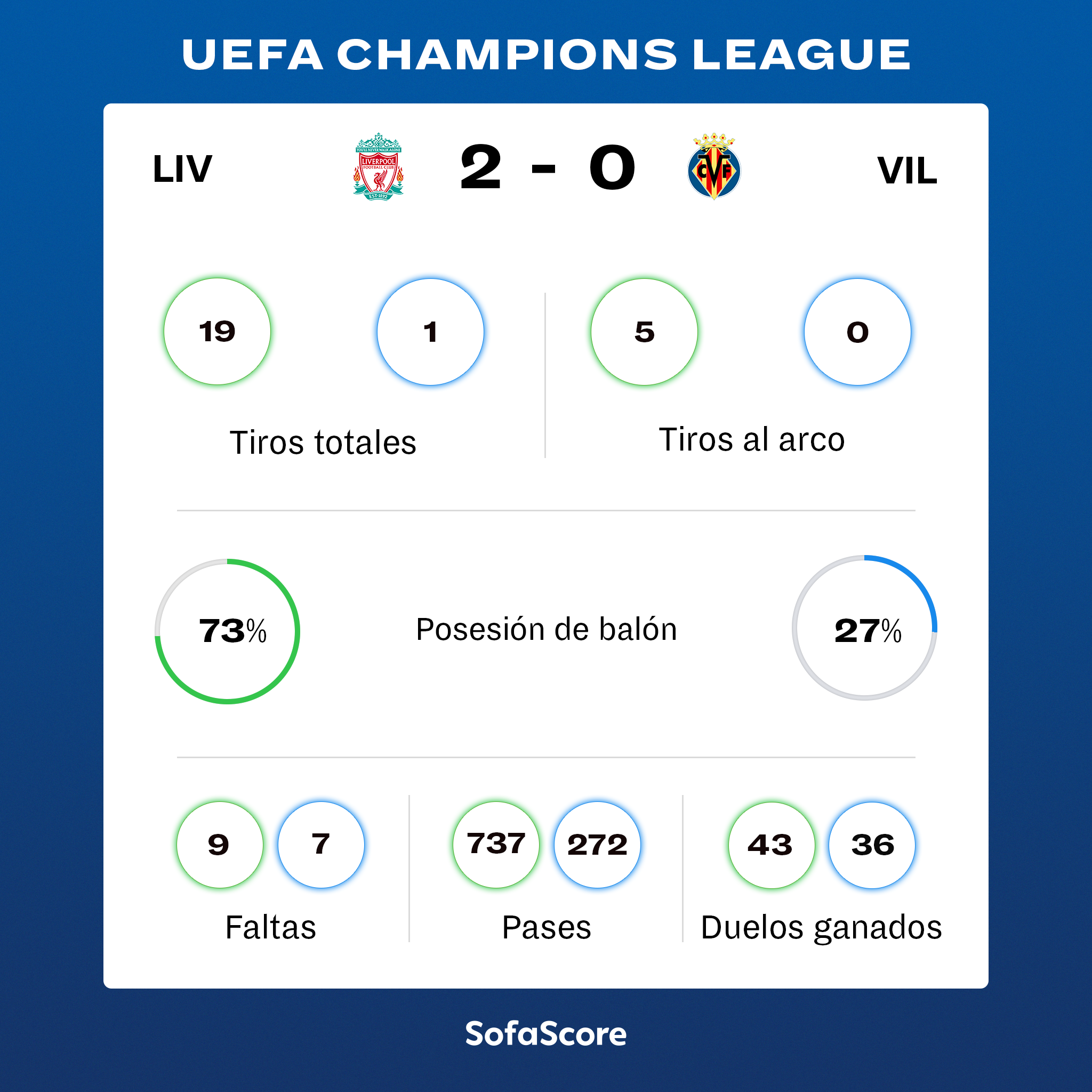 Liverpool, who came into the match as favourites, took control of the ball from the start against a Villarreal who barely bothered the goal defended by Alisson.

The Yellow Submarine raised a wall in front of their goal against which Liverpool crashed again and again, who would have to wait until the second half to find the fault in Villarreal’s net.

“The first half we held up quite well, we were comfortable, and in the second they beat us,” Pau Torres told Movistar+ after the match.

Unai Emery’s men rarely came out on the counterattack more concerned with containing the red tide than looking for the Liverpool goal.

Villarreal kept a close eye on Thiago Alcántara, short-circuiting the creation of Jürgen Kloop’s team, who sought their main chances in the first half with shots from distance.

Colombian Luis Díaz took a shot from the edge of the box that was stopped in two stages by goalkeeper Gerónimo Rulli (14), who later cleared another long shot from the coffee grower (31).

Liverpool lived close to the opponent’s box, but Villarreal’s good defensive organisation, closing down inside passes, prevented the Reds forwards from connecting with balls near Rulli’s goal. 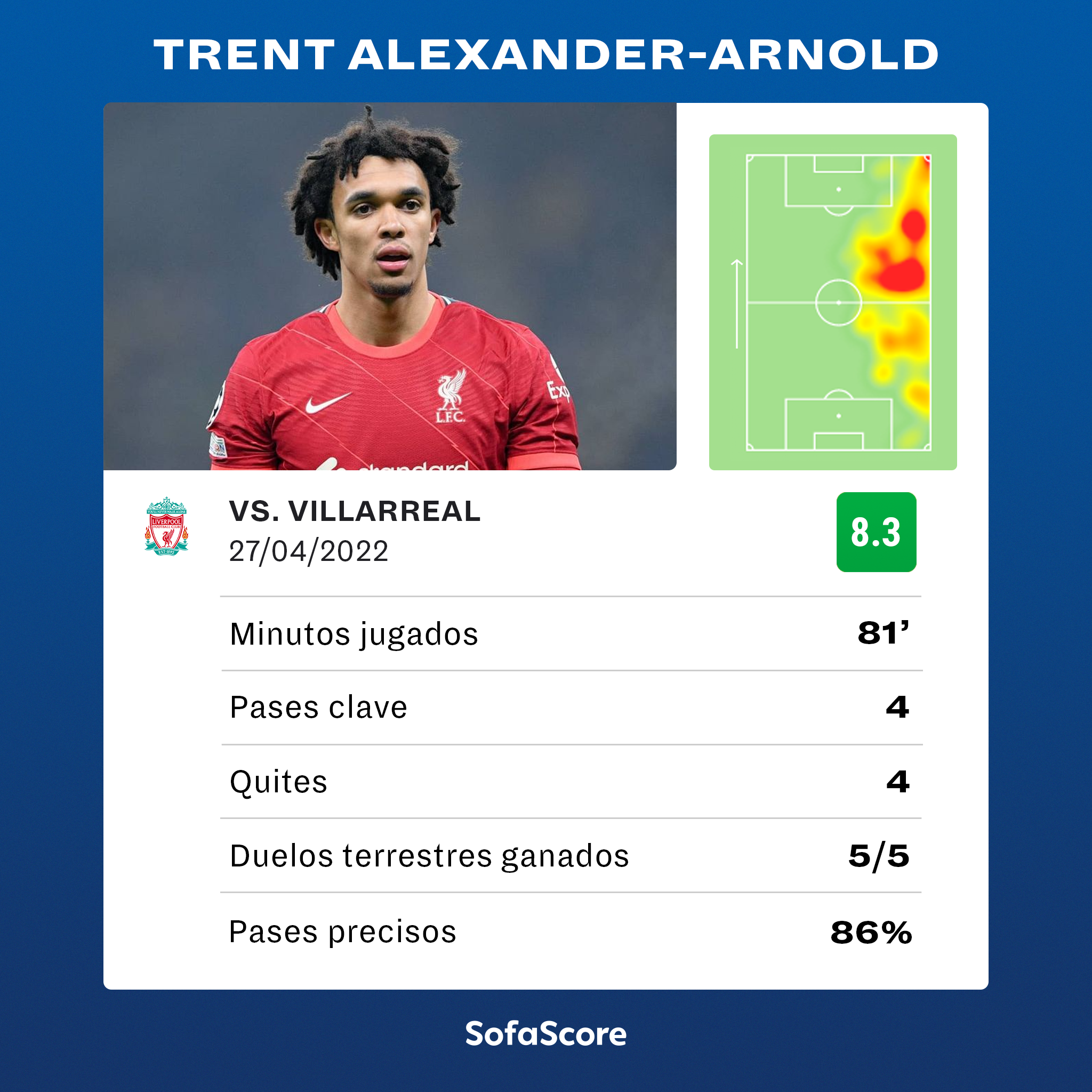 Acceleration in the second half

Sadio Mané was about to find the goal but his shot from the edge hit Raúl Albiol, leaving close to the post (33).

The wood was in charge of rejecting another distant shot from Thiago Alcántara (42) before the match reached halftime.

After the break, Liverpool added another point of intensity to their game, soon finding the goal when Jordan Henderson released a cross from the right that hit Estupiñán and slipped into Rulli’s goal (53).

Just two minutes later, Mohamed Salah put a filtered ball to Mané that beat the Villarreal goalkeeper on his way out (55).

The goals encouraged Liverpool, who locked Villarreal in their area, unable to overcome the pressure from the locals.

The ball did not last very long for the men of the ‘Yellow Submarine’ who did not see a way to get out of their area.

Thiago, handcuffed in the first half, broke free in the second to set the pace for his team in favor of the scoreboard.

Virgil Van Dijk was able to put the third with a shot from the edge of the box that Rulli (68) took off with difficulty, before Luis Díaz took out a cross that walked in front of the Villarreal goal (79).

In the last ten minutes, Villarreal tried to defend and press higher, trying to recover near the opposite goal, but to no avail.

The Yellow Submarine, executioner of Juventus in the round of 16 and Bayern Munich in the quarterfinals, will have to return to look for the heroic in their stadium to try to turn the tie around.

On the morning of last Friday, the President of the

Expect some rain and cool temperatures for New Year’s party

Santo Domingo.- This Friday night and tomorrow Saturday, including during

Bolsonaro leaves Brazil two days before the end of his term

This Friday, December 30, Jair Bolsonaro, who in October lost

Photo: @AlNassrFC (Twitter) The Portuguese star Cristiano Ronaldo is from

The country prepares to experience a record cruise season

Increase: how much gasoline and diesel would cost

Bolsonaro leaves Brazil two days before the end of his term

This Friday, December 30, Jair Bolsonaro, who in October lost the presidential elections against the leftist

In the virtual session of this December 30, Juan Guaidó, president of the National Assembly (AN)

A total of 69 new infections of COVID-19 were detected in the last 24 hours, of