The Congress of the Republic issued a new communiqué giving its arguments for the delay in the access of the media to the Hall of the Lost Steps, as well as to the sessions of the ordinary commissions.

The Parliament indicated that said entry of the journalists will take place “after implementing the measures ordered by the Office of Risks and Disasters of the Metropolitan Municipality of Lima, after verification in the various areas.”

However, last Wednesday, the president of Congress, Maria del Carmen Alva, held an event in support of Popular Action in the Hall of Lost Steps. The event became relevant due to the fact that a large number of attendees could be perceived. 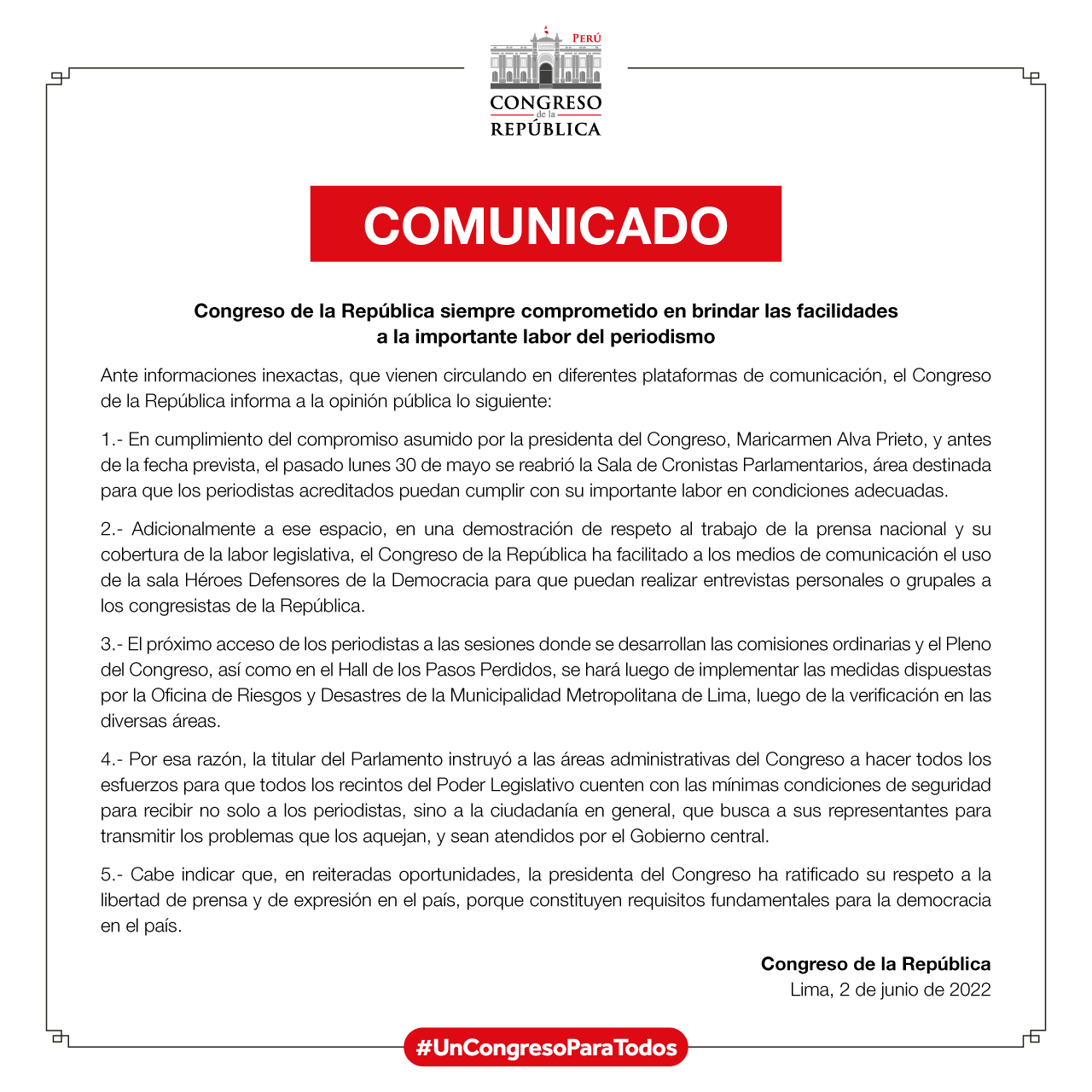 Congress issues statement on the non-entry of journalists to Hall

They report another 497 infections by covid-19

Another 497 cases of covid were registered in the country,

Uruguayan companies plan to grant a salary increase of 8%

The general secretary of AD in resistance, Henry Ramos Allup,

They report another 497 infections by covid-19

Edward Palacios, president of the Apurimac Chamber of Commerce, reported this Thursday that his region would

Pedro Castillo made a surprise visit to two schools in Collique

The president of the Republic, peter castlemade a surprise visit to two educational institutes in the

The President Pedro Castillo continues in the eye of the storm. The president’s defense, represented by

They denounce that they erased contest results in the Education Management

Applicants to the call for the Drug Consumption Prevention and Treatment program, carried out by the