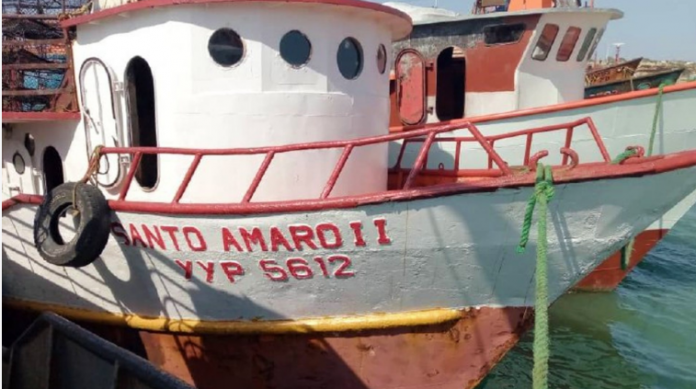 The secretary of the National Organization for Rescue and Maritime Safety of the Aquatic Spaces of Venezuela (ONSA), Luis Guillermo Inciarte, warned that less than 5,000 boats in the country have an emergency radio beacon, a device that works by satellite and that facilitates the location of boats, ships, aircraft and people in danger.

The official pointed out, during an interview for Radio Union, that more than 40,000 vessels should have an emergency radio beacon. However, since 2017 ships have been setting sail without this security mechanism.

Inciarte indicated that there are currently two vessels with missing status, along with their crew: the Zorro Viejo vessel and the Santo Amaro II vessel. In total there are nine missing persons (fishermen) who sailed on ships that did not have a radio beacon.

“The Zorro Viejo boat set sail with 4 people on board. These sailed from the Macanao peninsula to La Blaquilla Island. They were expected to arrive on April 25, the complaint was made on the 28th, but it was not until the afternoon of the 30th that the aquatic administration became aware of the case and, later, some search operations were activated. Her status is currently missing,” he said.

The Santo Amaro II fishing vessel, over 20 meters long, made of naval steel, is a deep-sea fishing vessel, explained Inciarte. There is no information on this vessel since May 4.

“It takes five people. She set sail on May 4, reported an engine failure, was going to make a temporary stop, a mile away from where she set sail, off the coast, continued probably to fish. It is estimated that this occurred between May 5 and 6. But since May 4 there was no more communication with the ship. There is something that lets us see that the electrical and communication systems went down on the 5th, something happened electrically. And there is a catch: the emergency beacon is battery powered and that should have worked, but it didn’t activate either,” she added.

The ONSA presumes that the boat drifted or sank.

The official pointed out that maritime radio beacons are mandatory for all ships greater than 5 tons of gross tonnage. «Peñeros so far no, but fishing vessels larger than a normal peñero, with 10 meters in length, type 3 fists, this type of thing, it is mandatory. If you don’t have an emergency signaling device, what you’re paying for is irresponsibility with your life,” he said.

Inciarte pointed out that the captains of the ships are, in some way, trying to skip the rule despite the fact that the authority has demanded compliance with the necessary measures for a fishing vessel to set sail.

“Perhaps the authority does not have enough personnel to be able to implement a plan from zero departure to those who do not have it. What may be happening is that at the time they are going to do the inspection, they possibly borrow the radio beacon. It is not known what is happening, but since 2017 the emergency radio beacon, which is a device that works by satellite, even if the power goes out on the ship, it is not being used. Not one more ship should go out without an emergency radio beacon,’ he said.

The ONSA secretary reported that the time it takes to be able to take out the first search aircraft is 48 hours, so any ship that does not have an emergency radio beacon is condemned to spend at least two days adrift , until the first unit can arrive. “And the search is very difficult with so few resources in the country and with such a large maritime space and without knowing where the emergency occurs,” he added.

“In less than a month there are nine people missing, two boats. The two must have had emergency signaling equipment, they did not activate it. The calculations of the Santo Amaro II tell us that if they passed by the Guajira and did not sink, they are drifting towards the Gulf of Mexico. Who can find them? And if they sank, they had life rafts and they would be able to turn up alive, but we are talking about searches of more than 100 miles north of the Colombian coast, “he said.

Inciarte also said that it is up to all the aquatic authorities to prevent the boats from leaving without a radio beacon, as well as the Bolivarian National Police, an entity that also has powers; the Navy, through any of its ships; and the Bolivarian National Guard, through any of its ships. “All of them have control powers based on the orders issued by the aquatic administration,” he concluded.

Less than 5,000 Venezuelan vessels have a radio beacon, a device that facilitates rescue work at sea

The secretary of the National Organization for Rescue and Maritime

As of this Thursday, May 19, informal workers, employees of

A student 12-year-old from the María Teresa Pulido Educational Unit,

Thermal sensation reaches -4º C in the south of São Paulo

During the dawn of today (18) the thermal sensation reached

Vente Venezuela agrees with the primaries but sets conditions to participate

Lifting of sanctions against Venezuela is a triumph of the diplomatic siege: Government

Two Venezuelan migrants die in a traffic accident in Argentina

Until very recently, most of the democratic forces in Venezuela maintained that the solution to the